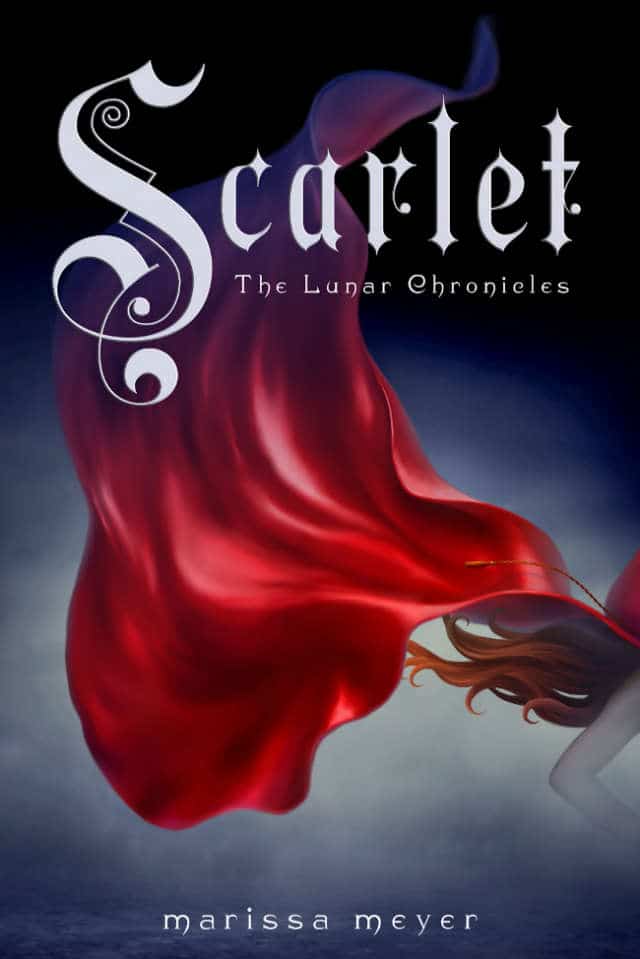 Sometimes, when reading a series, the first book is gripping, the second and/or third books are less so and the final book is a thrilling conclusion. In the case of “The Lunar Chronicles,” by Marissa Meyer, this is not the case. I was pleasantly surprised with Scarlet, the second book in the series. When Cinder had to establish the worlds that the series would take place in, Scarlet was able to expand on them. While Cinder was Cinderella in the future with cyborgs, Scarlet is Red Riding Hood in the future with genetic hybrids. Not only did Scarlet add new characters while still addressing and continuing the story from the first book; building the world that Meyer created; it also successfully raised the stakes. Just a warning, there are spoilers for Cinder below, and some from Scarlet are present as well.

RELATED: Cinder Book Review-Cinderella in the Future with Cyborgs

The basic story elements of Little Red Riding Hood are present; a young girl with a red coat is on her way to see her grandmother and meets up with a wolf of questionable motives. In Scarlet, however, the heroine never fully trusts the wolf until the end, and even then, it’s less an issue of trust and more of an accidental romance. Despite the fact that it was an accidental romance, it was written in a very believable way, that, in the end, was very sweet and satisfying; these are two words not usually associated together with Little Red Riding Hood.

Scarlet Benoit lives with her grandmother on a farm in Rieux, France, far away from the Eastern Commonwealth. Her only knowledge of the cyborg Cinder comes from the newscasts. Unfortunately for Scarlet, her fate and that of the Cyborg Lunar are much more closely tied than she knows. The novel opens with Scarlet trying to find her missing grandmother and meeting a street fighter named Wolf.  Wolf tells Scarlet that he knows where her grandmother is; that she has been taken by the Loyal Order of the Pack, a secret society he claims to have left. Meanwhile, as Scarlet and Wolf set out on their quest to save Grandmother, Cinder is not remaining idle.

Now aware of her identity as the Princess Selene, Cinder breaks out of jail and takes with her Captain Carswell Thorne, a dashing foreign pilot. Together, they journey to France to speak to the person who is most likely to have smuggled little Selene off of Luna, former pilot Michelle Benoit. Cinder is certain that if she can talk to Ms. Benoit, she can gain answers to the questions that plague her. As she tries to find the Benoits, she is unaware that others are hunting for them, and her.

Kai and the Eastern Commonwealth are hot on her heels, trying to prevent a war with Luna, while secretly continuing the search for Princess Selene. Meanwhile, Queen Levana has sent her special forces after both Cinder and the Benoits, a genetically altered team of super soldiers that she has almost complete control over. These soldiers have an almost wolfish quality to them, and they are also hunting for the Princess Selene, who they believe is still lost.

The book follows the adventures of Cinder and Thorne, Scarlet and Wolf, and keeps readers updated on what is happening in the Commonwealth. All three stories build on each other; all five characters have an impact on the lives of the other four, whether on purpose or not. Kai is struggling with his new position and the attraction he still feels for a wanted fugitive. Cinder is struggling to understand her identity and control her new-found powers. Scarlet is searching for her grandmother and finding love. Wolf is confronted with emotions he is has not experienced or been trained for. Thorne is, I believe, being built up to be a focus in the third book. Meanwhile, Levana’s Special Operatives are prepared to wreck havoc on Earth if Kai doesn’t give in to her marriage proposal and Cinder cannot be found.

The story goes into some details about what went into the creation of the Special Operatives from Lunar, but the short story included in the paperback edition goes into even more detail and is a recommended read. Regardless of if you’ve read the short story or not, as the novel goes on, the ethics of genetic modification is discussed. These people have been genetically altered to be stronger, fiercer and controlled. Cinder also has learned that she was altered in some ways for her protection. These two stories stand in contrast, the perils of advanced science is that it can save or create monsters. The characters all have, by the end of the novel, formed their own opinions on the matter and we are able to follow along as they reach those conclusions.

Scarlet addresses many of the same issues as Cinder; family loyalty, abuse of power, prejudice, duty and interplanetary politics all play a major role. However, the role of science and genetic modification also play a role, as does the power of love in a way that wasn’t present in Cinder. Not only is Scarlet and Wolf’s romance more fleshed out than Cinder’s and Kai’s was in the first book, there are glimpses into both Kai and Cinder that show neither has forgotten the other. Their romance is proceeding at a slow and steady rate, and I enjoy the contrast to Scarlet and Wolf.

Part of what makes this series so compelling is that the actions that characters take have consequences. Cinder escapes from prison, resulting in a massive manhunt across the known world that ends with devastating consequences. Her experiences convince her to try to learn to control her powers, and she wrestles with those powers and the new responsibilities she is given. Scarlet is torn between trying to save her grandmother and the knowledge that it may kill her, but she is willing to take the risk. Her actions have consequences not just for herself, but for Cinder and Wolf as well.

Overall, the plot is still going strong, good characters still die right along with the evil ones and the romantic element has increased dramatically. Scarlet is a solid followup and a satisfying second chapter in what will be, from all appearances, an action-packed, gritty and romantic good time; full of cyborgs, genetic modification and plague. Who knows what’s coming next in the third book, but if I had to bet, it’ll be good.

Running the risk of basically repeating what I said about Cinder, I think the series would be best adapted as a series of films, to allow for a budget that supports the many special effects that would be needed to accurately show this lush world full of science and magic. Scarlet was just what I was hoping it would be, and would make a wonderful edition to the five-movie series that I can see “The Lunar Chronicles” becoming.

Have you read this story? What did you think? Did the story develop the way you expected? Was the romance too rushed? If you haven’t read it, are you interested?

Our romance-themed entertainment site is on a mission to help you find the best period dramas, romance movies, TV shows, and books. Other topics include Jane Austen, Classic Hollywood, TV Couples, Fairy Tales, Romantic Living, Romanticism, and more. We’re damsels not in distress fighting for the all-new optimistic Romantic Revolution. Join us and subscribe. For more information, see our About, Old-Fashioned Romance 101, Modern Romanticism 101, and Romantic Living 101.
Pin this article to read later! And make sure to follow us on Pinterest.
By Bailey Cavender on July 7th, 2015