For some unexplainable and baffling reason, hardly anyone is watching CBS’s summer show Salvation. Now, perhaps you didn’t tune in the first season because Salvation looked like just another derivative disaster show with cliche plots, one-note characters, and cringe-worthy dialogue. I mean, there’s just too much to watch these days anyway, right? Or, perhaps you were bored a few episodes in and gave up prematurely. Then, of course, there’s the possibility you weren’t ever even aware of the show in the first place. Whatever the case, I’m here to persuade all you romantics that Salvation is definitely must-see television.

For starters, Salvation hits all the right summer TV notes. Romance? Check. Potential end of the world doomsday scenarios? Check. Government conspiracies with ridiculous twists? Check. Oh, and did I mention Santiago Cabrera on the screen oozing hot charisma with his smoldering stares and smiles?

Yes, Salvation isn’t serious or realistic but that’s what makes it oh so much fun. Here are five reasons you need to be adding it to your summer watchlist ASAP (and preferably before CBS decides to cut short another fabulous TV show).

Maybe I’m biased, but I’ve loved Santiago Cabrera ever since he waltzed into Merlin as our dreamy and heroic Lancelot. Or when he starred as a lovable rogue in the fun period adventure series, The Musketeers.

Now, finally, Santiago Cabrera gets to shine as the lead for his own TV Series. And he definitely shines. Sizzles. Lights up the screen with his million-dollar smile and captures our hearts with romantic speeches and intense gazes. You will fall in love with Darius Tanz just as much as Grace Barrows. 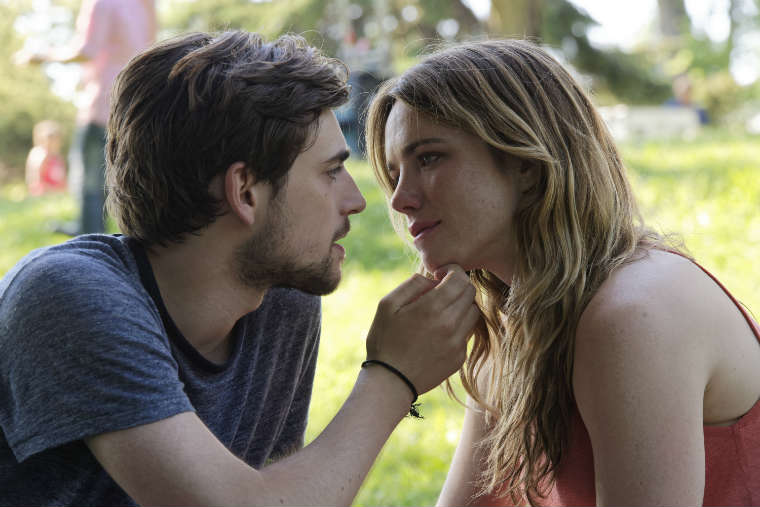 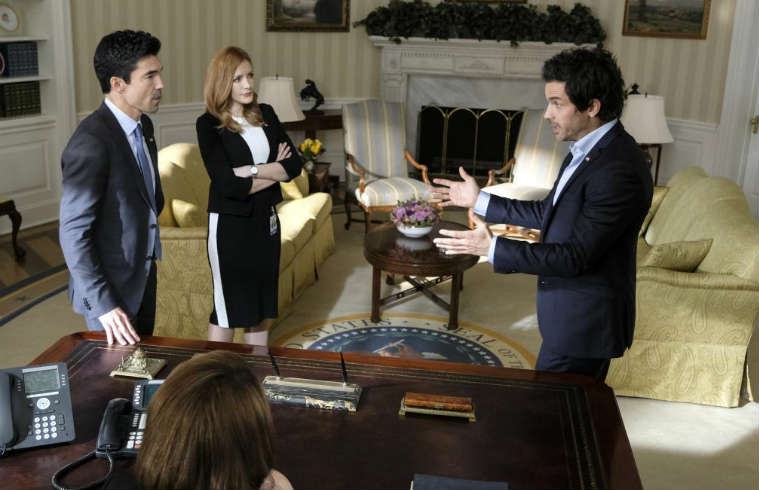 But then there are the more mature romances featuring a love triangle between Darius, Grace, and Harris (Ian Anthony Dale). Adding Ian Anthony Dale (Hawaii Five-O), was a good move because you feel Grace’s dilemma. How could she ever choose between these two intelligent and very handsome men? You will definitely feel her pain. But in a good way… 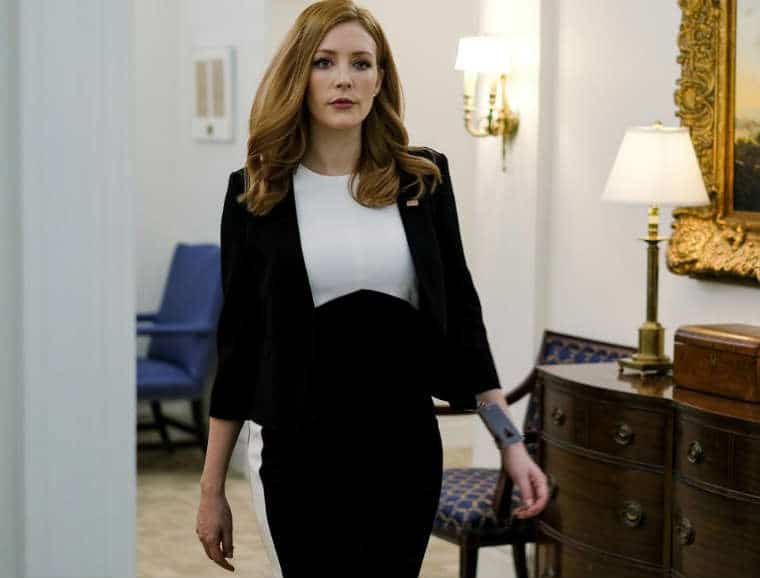 And speaking of Grace, one of the reasons I love Salvation is Jennifer Finnigan as our leading lady Press Secretary Grace Barrows. She’s classy and elegant. Oh, and she’s not in her twenties playing the love interest for men in their late thirties. Thank goodness because that is getting old. Jennifer Finnigan also just happens to be a great actress playing a smart and empathetic female character you can root for from the very start.

#4: Alex Kurtzman and the Creative Team 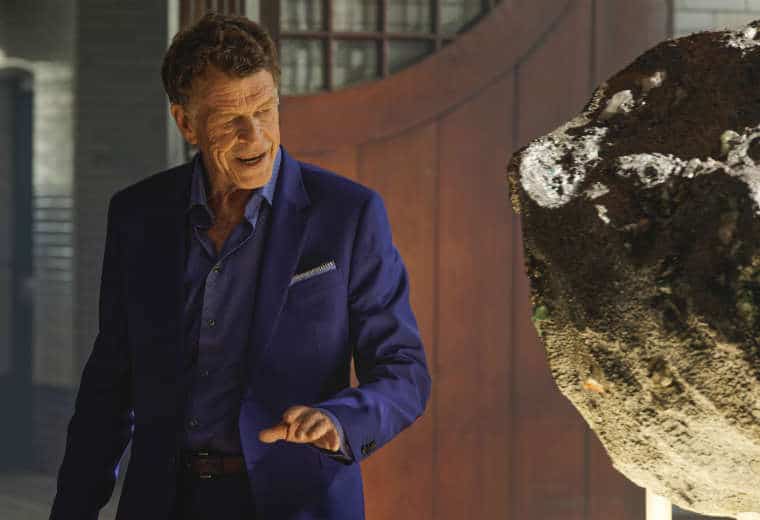 The Pedigree of Salvation is also surprisingly good. While the writers have some great credits like Extant, Pan Am, and Hawaii Five-O under their belts, the executive producer, Alex Kurtzman, created fan favorite genre shows, such as Sleepy Hollow, Fringe, and Star Trek: Discovery to name a few.

And with a high-quality production, the writing and casting follow through completely with three-dimensional characters to fall in love with and striking plots to capture your undivided attention. Overall, Salvation proves both entertaining and well written. Even the recurring actors are awesome like the always amazing John Noble (he plays Darius’ greedy uncle) and Mark Moses (he plays Grace’s spy father). 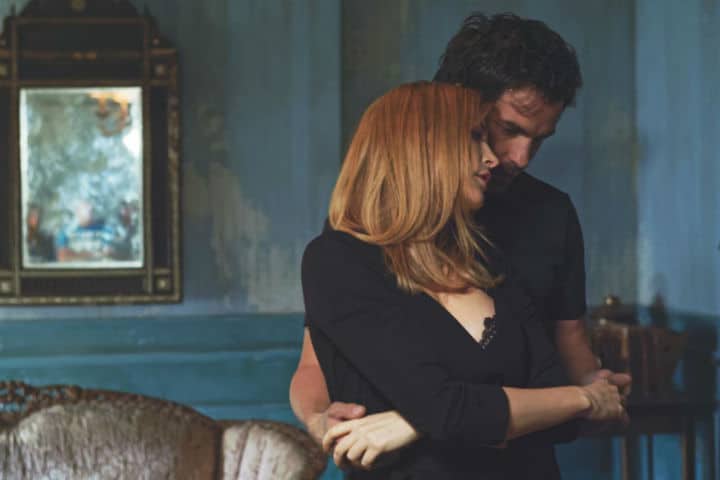 Summer shows need to up that fun “it” factor because summer should be about a vacation from reality. Salvation offers just that. It’s funny, romantic, and pulls you in with ridiculously entertaining twists that may or may not include Grimm’s Sasha Roiz as the villainous vice president, nuclear bombs, and murder. Trust me, Salvation is one summer show you will find yourself looking forward to watching week after week. I know I do. And, thankfully, season two picks up right where season one left off promising to be just as enjoyable as the first season.

Where to Watch: Catch up on Season One on Amazon Prime or CBS All Access. Season Two, Episode One is currently available for free on CBS.com but won’t last for long. Season Two Airs Monday Nights at 9/8c.

On that note, watch Salvation for the old-fashioned romance and watch Salvation for Santiago Cabrera. But, most importantly, watch to be entertained. You won’t be sorry. Oh, and make sure to watch it live! What are your thoughts on Salvation? Sound off below…

Our romance-themed entertainment site is on a mission to help you find the best period dramas, romance movies, TV shows, and books. Other topics include Jane Austen, Classic Hollywood, TV Couples, Fairy Tales, Romantic Living, Romanticism, and more. We’re damsels not in distress fighting for the all-new optimistic Romantic Revolution. Join us and subscribe. For more information, see our About, Old-Fashioned Romance 101, Modern Romanticism 101, and Romantic Living 101.
Pin this article to read later! And make sure to follow us on Pinterest.
By Autumn Topping on July 2nd, 2018