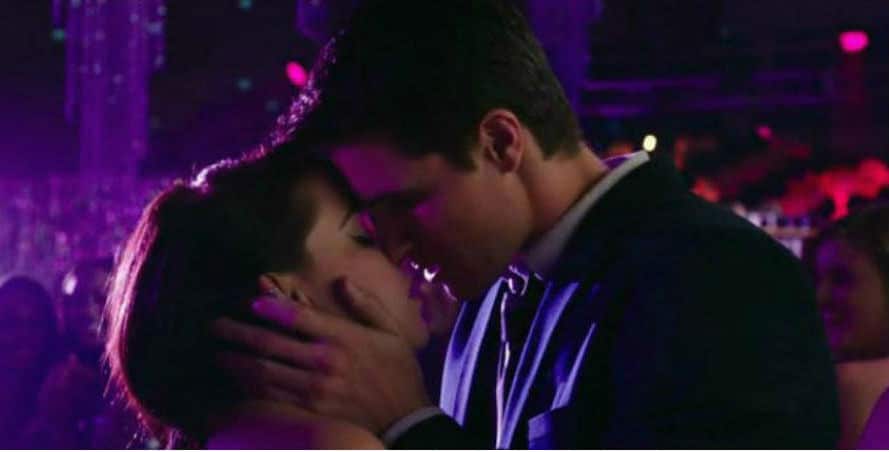 Recently released on video, the romantic comedy The DUFF (based on a popular YA novel) starring Mae Whitman and Robbie Amell, is better than you might think. Inspired by the teen films of the ‘80s and ‘90s (even paying homage to many of them throughout with similar scenes), this is a fun film to watch. But what really makes it work is the on-screen chemistry between Amell and Whitman. They have a witty rapport that makes you really root for these two characters. 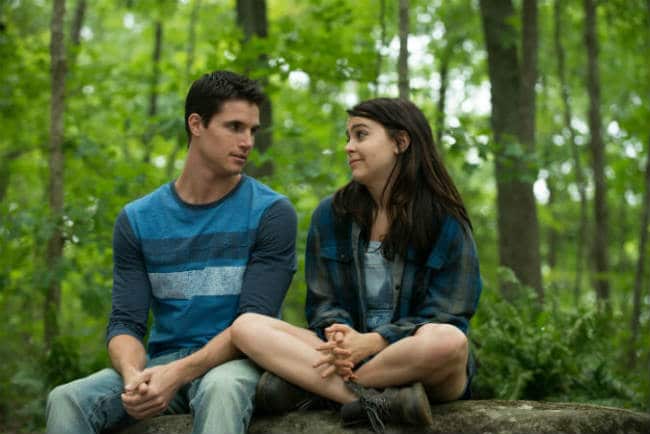 The DUFF tells the story of two childhood friends, Wes, and Bianca, who have grown apart over the years. Wes is now the popular football captain while Bianca is the less popular model student. When Bianca learns that she’s been labeled as the DUFF – Designated Ugly Fat Friend, she ropes Wes into helping change how everyone sees her in exchange for helping him pass chemistry (so he won’t lose his football scholarship).

To be clear, being called the DUFF doesn’t necessarily mean that she’s ugly or fat, just that her two best friends are prettier than her (at least based on the shallowness of today’s society). Others (typically guys) use Bianca to get information about her more popular friends, which becomes a rude awakening for Bianca when she realizes this is what’s been going on.

What then unfolds is a refreshing spin on the unpopular girl getting a makeover (and then having the guy fall for her) cliché. Instead, Bianca’s transformation becomes more about accepting herself rather than changing to fit into what society thinks she should be. Not to mention, it’s obvious that Wes likes her from the start – has probably liked her for a long time. Wes dates all these other shallow girls perhaps because he doesn’t think he’s good enough for the intellectual Bianca. He often finds excuses to talk to Bianca, tease her and even insult her – most likely to get her attention.

In fact, it’s really Bianca that has the big “Aha” moment in connection to her romantic feelings for Wes. No makeover is actually necessary for Bianca. She just learns to accept herself and owns it. After spending a lot of time together (completely being themselves), their feelings begin to rise to the surface (even sharing a kiss that Wes brushes off as part of his plan to teach her when she laughs it off). Later, after Bianca realizes her own feelings, she decides to take Wes’ own advice and be upfront about her feelings for him, which brings us to…

At the homecoming dance, Bianca arrives with her two best friends dressed to kill. She has two goals in mind – to be herself and to tell Wes her feelings no matter the outcome. She wears a dress of her own design (a nice little shout out to Pretty in Pink) in a style that suits who she really is.

Wes sees her grand entrance, whispering “Wow,” to himself. The two stare at each other across the dance floor.

She walks over to Wes as she brushes off her old crush Toby – who was a real jerk to her the other night.

When she reaches Wes, she boldly states: “I could tell from across the room that we might be into each other. Now that I’m here, I’m sure. Your move.”

Of course, she’s kind of joking since he had been trying to teach her how to approach guys throughout the film. But she’s also kind of serious.

“How was that?” she asks with a smile.

“That was not bad,” he smiles back.

The two share a joke as he continues to be clearly enamored. “Wow, you look beautiful,” Wes tells her.

Bianca thanks him and then becomes serious. It’s time to be honest and just put herself out there.

“Look, um, about what I said the other day (after getting into a little fight), of course, we’re friends and that’s cool. But, a guy I know once told me, that if you like somebody, you should just be straight up with them and tell them that you’re into them. So, I guess that’s kind of what I’m doing.”

“I kind of just got back together with Madison (his ex who has been bullying Bianca),” he says seemingly flustered.

It’s then Madison interrupts their conversation. No doubt she’s been bullying Bianca because she’s actually threatened by her and Wes’ obvious feelings. Angry for talking to her boyfriend, Madison threatens to release another humiliating video throughout the school. But this time, Bianca is unaffected. Now, she likes herself. Now, she can stand up for herself. Bianca defends herself as well as Wesley, who she believes Madison mistreats. It’s a sweet moment that has Wesley smiling to himself as he listens to Bianca’s speech of empowerment. He clearly wants to be with her, but can he stand up to Madison and admit out loud what he actually wants?

The moment is interrupted by the announcement that it’s time to crown the Homecoming Queen and King. No surprise, Madison is the winner. Then it’s time to announce the King. Wes looks back at Bianca, contemplating what to do next.

They announce the King… it’s Wesley. He looks at the stage where Madison proudly wears her crown and then back at Bianca. He just stands there as everyone watches, confused by his behavior.

“Aren’t you gonna go get your crown?” Bianca asks him.

“No. I’m gonna get the girl,” he says as he walks over to her with purpose in his steps and kisses Bianca in front of everyone.

After the perfect kiss, they leave together as a couple with everyone staring.

It’s a wonderful movie moment. If you haven’t seen the film, go check it out!

Did you watch The DUFF? What did you think? Did you love this scene as much as I did? Sound off below.

Our romance-themed entertainment site is on a mission to help you find the best period dramas, romance movies, TV shows, and books. Other topics include Jane Austen, Classic Hollywood, TV Couples, Fairy Tales, Romantic Living, Romanticism, and more. We’re damsels not in distress fighting for the all-new optimistic Romantic Revolution. Join us and subscribe. For more information, see our About, Old-Fashioned Romance 101, Modern Romanticism 101, and Romantic Living 101.
Pin this article to read later! And make sure to follow us on Pinterest.
By Amber Topping on July 11th, 2015

5 thoughts on “Romantic Moment of the Week: The DUFF’s Wesley and Bianca”