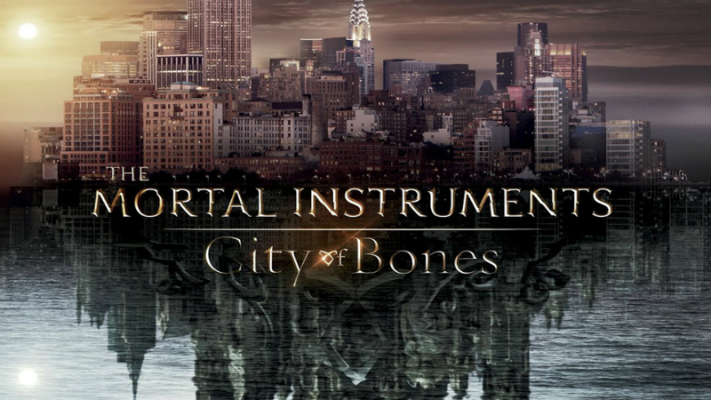 The Movie: The Mortal Instruments: City of Bones

The Moment: Luke sends a rescue mission to save Jocelyn, the woman he loves (and the aftermath that follows).

In a teen urban fantasy with a touch of paranormal romance, it’s easy to forget the older players. No doubt the relationship between Jace, shadowhunter, and Clary (a girl discovering her own powers) will typically overshadow any other romantic relationships introduced.

If you haven’t read the book, or seen the movie yet, The Mortal Instruments: City of Bones is about a teenage girl, Clary who begins to repeatedly draw strange symbols. Drawn to that same symbol on the sign of a club, she goes inside only to witness a murder no one can see but her. It’s then that her ordinary world begins to change. The next day, her mother disappears and Clary faces an attack by a demon.

Jace, a mysterious young man, shows up to save the day. Clary soon learns that she comes from a long line of shadowhunters (half-angels who protect the world from demons). Clary and her best friend Simon then join a team of shadowhunters to find the mortal cup (the secret connected to her own past) which will help preserve the dying race of shadowhunters and look for her missing mother.

A romantic relationship soon develops between the brooding shadowhunter Jace and naïve Clary. And while I could choose such romantic moments as Jace giving Clary a birthday surprise in the beautiful indoor magical looking garden (and the kiss in the “rain” that soon follows), or even Simon declaring his unrequited love to Clary in a moment of true emotional depth, I decided to go with something a little less obvious.

The romantic moment of the week belongs to the “parents.” Again, I warn what I’m about to say includes major spoilers.

Clary’s mother, Jocelyn, disappears toward the beginning of the movie after drinking a strange potion from an antique vial. She only reappears later at the Institute (a haven for the shadowhunters) asleep as if in a coma. She’s imprisoned by the villain, Valentine, and as it turns out, ex-husband.

Going backward, the movie starts with Jocelyn having a private conversation with Luke (Aidan Turner), her best friend. Based on facial expressions and body language, it’s no mystery he’s in love with her. At first, I wondered if they were married. They certainly act like a married couple. But in fact, no, Luke is just a friend and the only father figure Clary has ever known.

It’s obvious from the get-go Jocelyn (a shadowhunter) and Luke (shadowhunter turned werewolf) have a history (I can’t wait to find out their full story and plan to devour the books later), and it’s also clear they know the supernatural secrets of the narrative. Jocelyn wants to protect Clary from the truth, whereas Luke feels she’s ready to know.

When Jocelyn disappears, Luke behind the scenes continues to protect her daughter. For instance, he saves Clary and her friends from vampires and then later from a demon. Personally, I don’t find anything more attractive than loyalty. After he discovers Jocelyn’s whereabouts, he gathers his “pack” of wolves to infiltrate the Institute on a rescue mission.

THE ROMANTIC MOMENT – LUKE AND JOCELYN

So this week’s romantic moment highlights the attempted rescue of Jocelyn by Luke, the man who’s secretly been in love with her for years (at least as implied in the film) and the aftermath of said rescue. Call me old-fashioned but I enjoy a romantic build up. I don’t necessarily root for something as much if it comes too quickly. No doubt, the relationship between Luke and Jocelyn will be a slow burn (without the obnoxious teasing of a romance that some writers like to pull without any payoff).

The story of Luke and Jocelyn is quietly and slowly interspersed throughout the film, with many questions still left unanswered by movie’s end. There are at least 6 books so that’s to be expected. Eventually, we as an audience learn that there is a love triangle between Luke Garroway, Jocelyn, and Valentine. They were a tight trio of shadowhunters, but in the end, Jocelyn married Valentine. Later when he turned bad, she ran off with her daughter, and Luke soon followed helping to keep them hidden.

It’s interesting to note, that the real love triangle is not between Clary, Jace, and Simon (this story plays out by movie’s end) but between Luke, Jocelyn, and Valentine. Even after all these years of hiding from him, Valentine (in all his villainous glory) still has feelings for Jocelyn. And looking down on his beautiful sleeping ex, a tear falls down his face as he happily “welcomes” her home. Slightly deluded, creepy, even sad on his part, yet altogether intriguing. Luke plays as a foil to Valentine with his heroic sensibility, loyalty, and focus.

While it’s not only Luke who helps save the day (this is Clary’s story after all), he did play a major part.

After Clary temporarily defeats Valentine, there’s still the question of her survival as she remains in a coma.

Lying on a couch, with a snow-like substance falling to the ground, it’s easy to see Jocelyn as the sleeping Snow White figure here. White “snow” falls down onto her porcelain face as Clary talks to her mother hoping she will wake up. As emotional as the mother/daughter moment is, it’s hard to ignore the brooding presence of Luke in the background waiting his turn. All I can say is it’s too bad our “prince” of the scene can’t kiss his princess and wake her up!

By the end of the film, Jocelyn remains in a coma with Luke at her constant side and Valentine off probably plotting his next move.

Personally, I look forward to where the love story of Luke and Jocelyn heads next. No doubt they have enough backstory for a spin-off or even a prequel. That said, at the end of the day, it’s action rather than words that make love romantic. And Luke is all about action. He may not be able to express his love (yet), but he’s certainly willing to show it. Luke does anything and everything for Jocelyn in the name of love, even at the risk of his own life. What could be more romantic than that?

What did you think of The Mortal Instruments? Do you agree this was the most romantic moment of the week? Or did something else stand out to you? Sound off below…

Our romance-themed entertainment site is on a mission to help you find the best period dramas, romance movies, TV shows, and books. Other topics include Jane Austen, Classic Hollywood, TV Couples, Fairy Tales, Romantic Living, Romanticism, and more. We’re damsels not in distress fighting for the all-new optimistic Romantic Revolution. Join us and subscribe. For more information, see our About, Old-Fashioned Romance 101, Modern Romanticism 101, and Romantic Living 101.
Pin this article to read later! And make sure to follow us on Pinterest.
By Amber Topping on August 25th, 2013

3 thoughts on “Romantic Moment of the Week: Luke and Jocelyn”