The question of “will they, won’t they” has finally been answered. After eight years of build up, Harvey and Donna shockingly shared a steamy kiss in the eighth season finale of Suits after Harvey realizes how much he loves her; a moment fans of the show have been waiting for what seems like forever. Aaron Korsh (the show’s creator) also confirmed the ninth and final season will not ignore this surprising development as a dream sequence. In other words, it sounds like we have Harvey and Donna as a couple to look forward to when the show returns and not just another start and stop.

RELATED: ROMANTIC MOMENT OF THE MONTH: MATTHEW AND DIANA IN ‘A DISCOVERY OF WITCHES’

So, for this month’s romantic moment, we felt it fitting to put the spotlight on this slow-burn TV couple, affectionately called “Darvey” by fans of the romantic onscreen duo.

HARVEY AND DONNA – THE LEAD IN 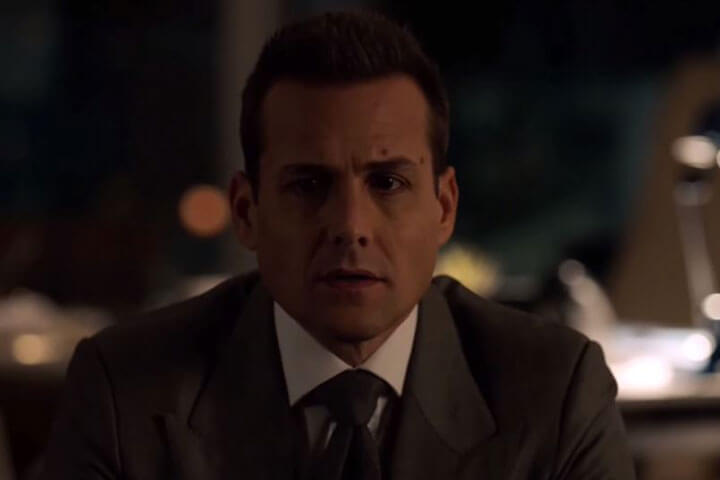 In the season finale, Harvey plans to lie and take the blame for sharing privileged information in order to protect Donna. This causes Thomas (Donna’s latest boyfriend) to question the feelings Donna and Harvey actually have for each other. But after Robert Zane (Managing Partner) takes the fall for Donna and Harvey instead, Harvey talks with Samantha (Katherine Heigl) about love, leading to a romantic realization and an unexpected cliffhanger.

As she asks, Harvey realizes his own truth. He’s figured out who “the only person” he wants to run to is. Harvey stands, cutting Samantha off. He can no longer wait or stand still. Harvey must take action.

“Where?” she asks surprised.

This new awareness from Harvey brings us to the romantic moment of the month. Harvey walks with a purpose away from Samantha and out of the office building. And then out onto the streets of New York City, his quick pace turns into a romantic run toward his destination. (At this point, we all know where he’s headed. At least we’re hoping it’s not a red herring. After eight seasons, that would just be cruel.)

Harvey catches a taxi and continues his rapid stride all the way to an apartment door. Yep, it’s Donna’s door.

He knocks and instead of a romantic declaration, the two stare at each other and into each other’s souls. They don’t need words to express their emotions. Their eyes say enough. Donna understands and lets him in. 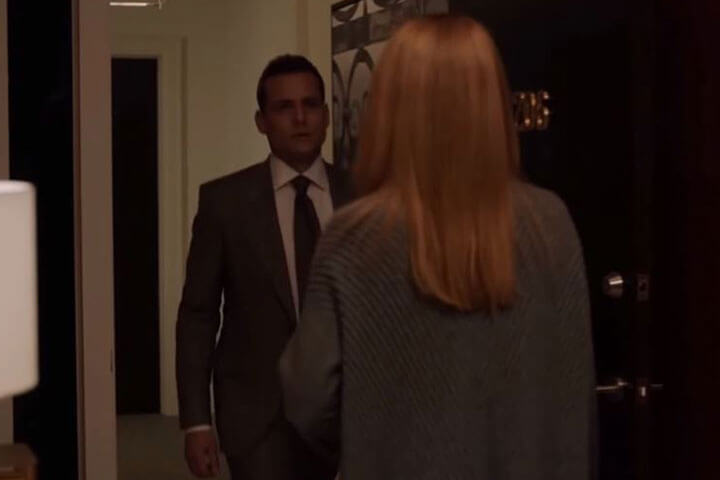 Timed perfectly to the beat of a catchy love song, the two kiss. 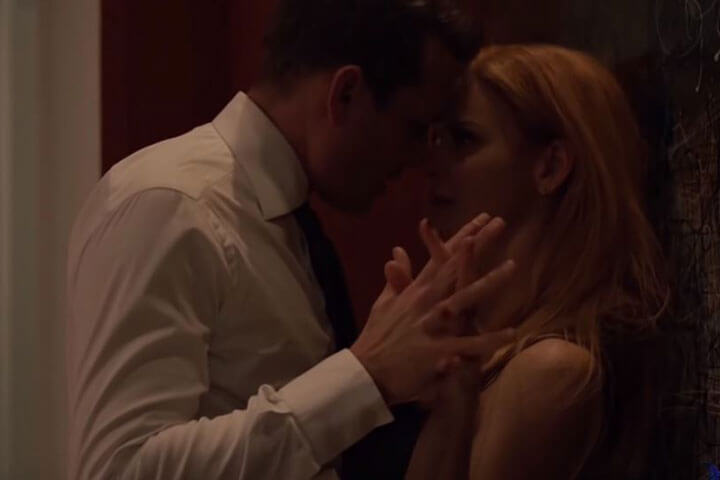 After that, it gets a little steamy – though not explicit – and we know what happens next.

What I love about this moment is how words aren’t necessary. Nor does the scene become gratuitous in nature. This is about their love and feelings for each other. And it was definitely worth the wait.

OTHER ROMANTIC MOMENTS FROM FEBRUARY 2019

Were you surprised by the cliffhanger? Were you thrilled Donna and Harvey finally “revealed” their feelings to each other? Let me know in the comments! What was your favorite romantic moment of the month?

Our romance-themed entertainment site is on a mission to help you find the best period dramas, romance movies, TV shows, and books. Other topics include Jane Austen, Classic Hollywood, TV Couples, Fairy Tales, Romantic Living, Romanticism, and more. We’re damsels not in distress fighting for the all-new optimistic Romantic Revolution. Join us and subscribe. For more information, see our About, Old-Fashioned Romance 101, Modern Romanticism 101, and Romantic Living 101.
Pin this article to read later! And make sure to follow us on Pinterest.
By Amber Topping on March 9th, 2019

2 thoughts on “Romantic Moment of the Month: The Epic Harvey and Donna Cliffhanger You Need to Watch”