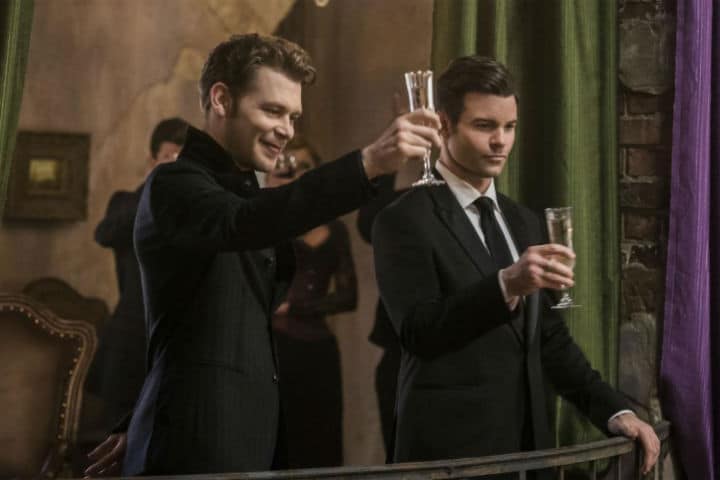 “BAG OF COBRAS” RECAP AND REVIEW

In this week’s episode of The Originals, “Bag of Cobras,” the Mikaelsons and Vincent throw a party to unmask the viper in their midst. Meanwhile, Hayley revisits her past (using magic, of course) with Harry Potter like flashbacks.

RELATED | The Originals: I Hear You Knocking Recap and Review – Hauntings 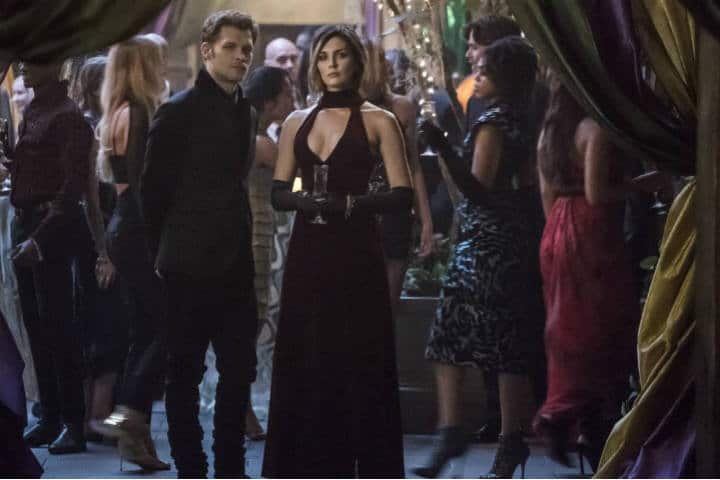 With Marcel listed as the co-host, Klaus and Elijah throw a party as a means to find followers of the Hollow. Their method involves a shaky alliance with Vincent who uses his magic to do “readings” on all the guests. Ultimately, this leads him to the high priest, Dominic.

Meanwhile, Klaus plays the graceful host while also coming head to head with Sofya (who he wants to know better because of her connection to Marcel). She quickly reveals her motive (to get Marcel back) and her secret weapon – a cursed rosebush she wears as a lethal bracelet. (Big sigh at this unnecessary new method to killing an original.) Still, Klaus “seems” to get the upper hand in their tango and he makes her a deal. If she tells him who the followers of the Hollow are, she’ll let Marcel go after the party and let her live. She agrees. 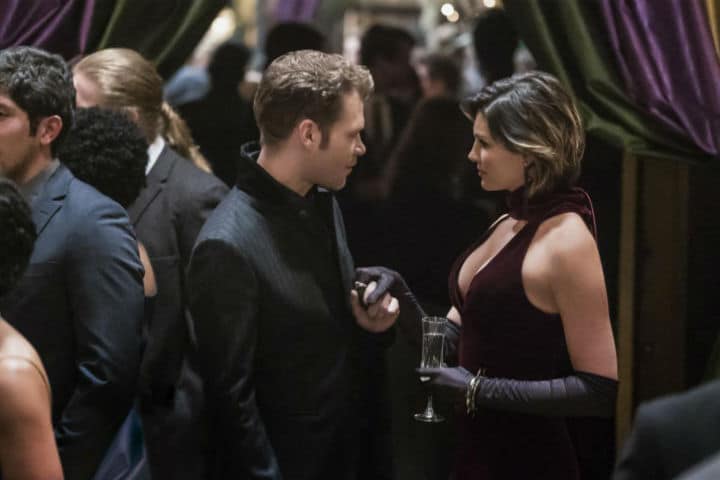 Unsurprisingly, Klaus does not hold up his end of the bargain. (Though with the help of Josh, she does learn Marcel’s location.) However, Sofya does reveal why she hates him. 500 years earlier in a Russian village, he murdered her entire family at her sister’s wedding party. While Klaus seemingly regressed in his attempt at goodness this week, there was a flicker of regret in his eyes. (Also, please do not let Sofya and Klaus turn into a new “ship.” Shudders…)

Elsewhere, Elijah meets with Dominic who offers to let the Mikaelsons live if they give him Marcel and Vincent. Apparently, the Hollow’s holding a special grudge against Vincent for rejecting him. But Elijah refuses to deal with the devil and instead kills Dominic in front of all of the guests at the party.

Elijah did learn an important piece of information, however. The Hollow really is a “being” that longs to return to human form. Let’s call it The Originals‘ version of Voldemort. Combine that with Vincent’s research (that the Hollow resurfaces in four locations) and the end reveals that to be reborn there are 4 parts of the Hollow’s remains (Horcruxes anyone??) needed to return, and we know quite a bit. This season’s big bad continues to resemble Voldemort more and more!

In a surprise twist, the Tunde blade is one part of the remains. Apparently, they planned on the Mikaelsons killing Dominic which worked as a distraction while the followers stole the blade. And, in the end, Dominic resurrects through dark magic.

REVISITING THE PAST “HARRY POTTER” STYLE 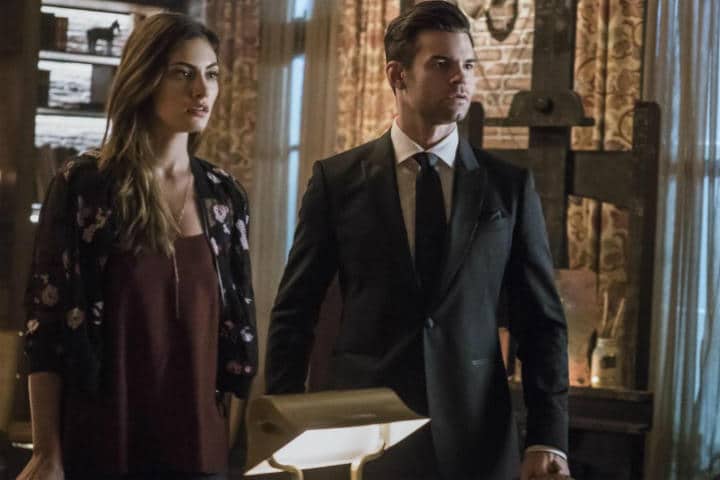 Meanwhile, Hayley asks Freya for a favor. She wants to revisit the memory of her parents’ death because now that she knows their deaths were connected to The Hollow, she believes she might learn something important.

So, as painful as it is, Hayley returns to Godric’s Hollow…er…her family’s house where they died when she was a baby. There, Freya begins the spell. Hayley sees a vision of their deaths. But she also sees that right before her Dad died, he dropped a key in the floorboard. The key leads them to her parents’ storage which has been protected all these years with a spell. Inside, Hayley finds a teddy bear. At first, she’s sentimental. But then she realizes something’s inside the bear. She rips it open to find a skeletal lower jaw with teeth – which later reveals to be part of the remains of The Hollow. Yes, we’re getting even more like the Harry Potter series!

The romance continues to build between Freya and Keelin, though at this point most of the development remains offscreen. (And I’m not sure why I’m supposed to care about them?) But they relate to each other for having similar families.

Elijah: I grew up on a farm. I’m familiar with the scent of fertilizer.

Klaus: Perhaps he’s avoiding you. You should try not to be so clingy. 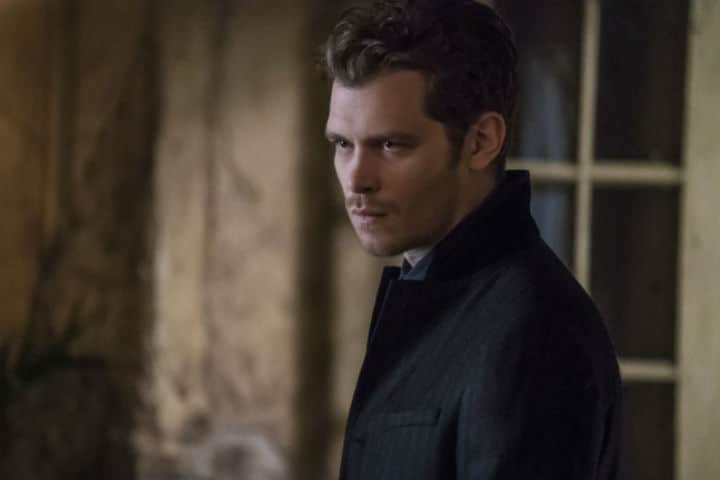 Hayley and the Hollow

I was thrilled Hayley finally got an interesting story this week with her Harry Potter like flashbacks. (Was it just me or did anyone else feel like they were actually watching a Harry Potter scene?) I hope the writers choose to focus more on this story and Hayley’s family and their connection to fighting the Hollow. Why were they ones hiding a part of his remains? Could Cami’s family and their weapons have been another family hiding part of the remains?

I would be very interested in exploring (even in an entire episode of flashbacks) the events that led to Hayley’s family’s deaths. Could there be an entire group that secretly worked together to bring down the Hollow? If so, it seems they could have temporarily succeeded. I would love to see these characters. And it would be a perfect time to revisit some of the unexplored parts of Cami’s own family history.

They better not drop this story with Hayley’s flashbacks only to make it simply a plot device to introduce the teeth.

Still, in all, the Hollow is becoming more and more like a Voldemort-like villain. And I’m okay with that.

I don’t feel Sofya is dynamic enough of a character for me to be interested. And I want there to be more female characters! Nor do I care for her as a love interest for Marcel. The whole non-commital relationships that later turn into romance are probably one of my least favorite types of romances. I am even less interested in her as a possible love interest for Klaus (there was too much sexual tension there for my liking). I certainly wouldn’t be rooting for Sofya to be with the person who murdered her entire family. An obstacle that should definitely remain firmly planted.

Overall, a mostly strong episode especially in relation to the Hayley arc. Though I would prefer to see less Sofya, more mythology connected to the Hollow, and less yoyoing with Klaus’s personality. It seems he regressed quite a bit in this episode. But still, I’m enjoying the big bad. Though the supporting villains (aka Hollow followers) not as much. Here’s to hoping they follow through and resurrect the Hollow and cast someone amazing!

Well, what did you think of “Bag of Cobras?” Let me know in the comments!

Our romance-themed entertainment site is on a mission to help you find the best period dramas, romance movies, TV shows, and books. Other topics include Jane Austen, Classic Hollywood, TV Couples, Fairy Tales, Romantic Living, Romanticism, and more. We’re damsels not in distress fighting for the all-new optimistic Romantic Revolution. Join us and subscribe. For more information, see our About, Old-Fashioned Romance 101, Modern Romanticism 101, and Romantic Living 101.
Pin this article to read later! And make sure to follow us on Pinterest.
By Amber Topping on April 29th, 2017

1 thought on “The Originals: Bag of Cobras Recap and Review – The Rise of Voldemort?”