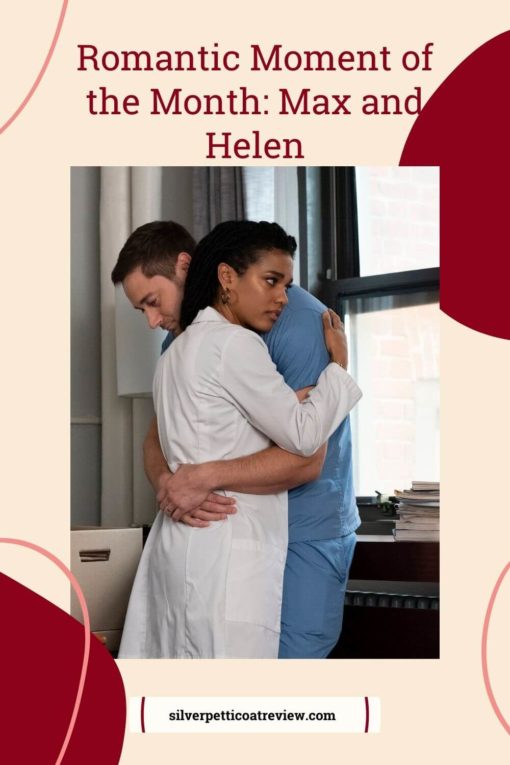 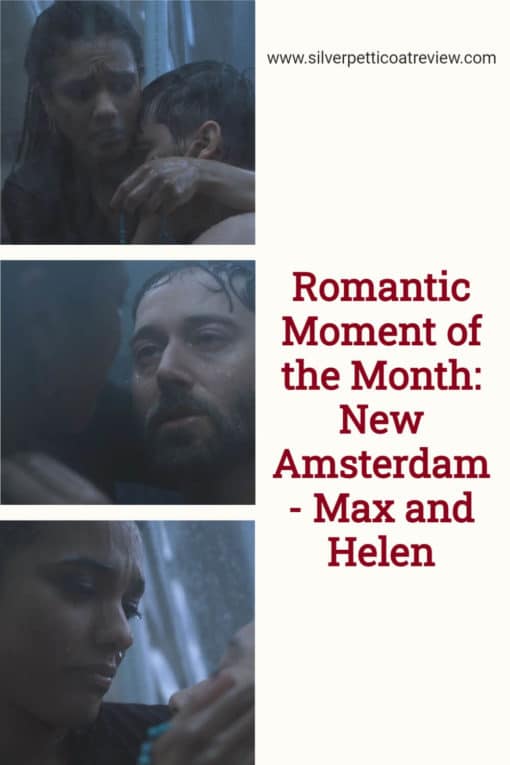 To say I’ve been rooting for New Amsterdam’s Max and Helen to become a couple would be an understatement. While a romance was impossible in season one (he was married), the slow-building emotional connection between Dr. Helen Sharpe and Dr. Max Goodwin (and the chemistry between actors Freema Agyeman and Ryan Eggold) in New Amsterdam was difficult nigh impossible to ignore.

Based on the intense chemistry and obvious “almost” romantic moments, it seemed it was only a matter of time before these two found their way to each other romantically. If only they could get past their emotional hang-ups.

Thankfully, Helen and Max finally have a wake-up call, leading to one of the best romantic moments I’ve seen in a while.

But first, let’s backtrack to the beginning of their story.

Since season one, Helen and Max have been close professionally and personally, working together as doctors with a kindred spirit-like connection neither one could completely ignore. But he was married and had a pregnant wife. So, Helen and Max pushed their attraction to each other aside, likely not even recognizing it at first.

Unfortunately, his wife, Georgia, tragically died. As Max mourned, he pushed Helen away. Perhaps it was guilt over his connection to Helen (which he was likely in denial about since he loved his wife and would never cheat on her), or perhaps he just wanted to mourn alone.

But ever since, Helen and Max have pushed aside their deep connection. Helen dated other men. Max jumped into work, taking on social mission after social mission, trying to make a difference.

Still, as season three progressed, it became more apparent that Max was in love with Helen and knew it. Earlier in the season, when someone asked him if he ever loved a black woman, his pause and refusal to answer made it evident that he thought about Helen and did love her.

Then there was the recent episode with an intense moment, leading to an almost-kiss on the hospital’s rooftop. Max was ready to take their relationship further. But Helen (who’s been dealing with a niece moving in with her) wasn’t prepared. SIGH. SO CLOSE.

And then there was this week’s episode, which gave us one of the best, most emotional romantic moments in recent television history.

In this week’s episode of New Amsterdam, “Things Fall Apart,” a burst pipe leads to a dangerous chemical spill in the ED and then threatens the entire hospital. Max being Max, then searches tirelessly throughout the hospital to find and fix the spill.

When he finds it, the spill is worse than he thought. He holds onto the pipe connected to the tank without thinking of himself, trying to stop it from exploding.

As time passes, the chemical spills all over Max’s body. Thankfully, Helen goes in search of Max, worrying about where he is.

She finds him drenched and temporarily blind, but he refuses to leave because he fears that the entire tank will explode if he lets go.

Max wants Helen to leave to protect her, but she refuses. So, she seals the drain to protect others from possible exposure. With that, she convinces Max to let go and helps him out as she screams for help.

Helen finds Dr. Reynolds, but he gives her the bad news. The doctors haven’t found a treatment for extreme exposure to the chemical, which leads to blindness and death. She may not be able to save Max.

This realization leads to the romantic moment we picked to spotlight this month.

THE ROMANTIC MOMENT: HELEN AND MAX

Helen undresses Max in the decontamination shower as they both get soaked in the process. She’s helping soak him down since he can’t see and he’s unwell.

No words are necessary for this scene. Of course, if you’re a Moonlight fan, then you might compare this moment to the famous shower scene between Mick and Beth!

Moments such as these – portraying an emotional connection without the need for sex are much more powerful onscreen.

The way Max and Helen look at each other. The way he clings to her and the way she supports him. Every moment in this scene is charged with romantic chemistry and deep, pure love. She knows he loves her. He knows she loves him.

He might die, so there’s no point in hiding truths due to pride and fear. In the end, they both sit on the ground as Helen holds him. They stare into each other’s eyes and “know.”

Dr. Reynolds was able to find a treatment for the chemical exposure. So, Max is safe – thanks to Helen’s quick thinking and Dr. Reynold’s expertise.

Helen sits next to Max’s bed, holding his hand.

“Helen?” he whispers as he awakens.

“I see you,” Max admits in an almost confession of his feelings.

He then tells her that he can’t remember what happened; the disappointment on her face shows. She wanted him to remember that intimate moment between them.

But since he seemingly doesn’t, she quickly deflects and turns professional: “It was just DECON and bicarb…and stuff.”

“I’m gonna go. Just gonna let you rest,” Helen says, trying to hide her feelings. And as she prepares to leave, he remembers.

“You were there, weren’t you?” he asks her with a smile. (Was he faking the whole time, or did it really take him a minute to remember?)

“I’m sorry. Guess sometimes it takes me a minute…to remember what matters…more than anything. You!”

Ah, a full confession this time.  With that, a romantic song about trying to repress love but being unable to plays.

Helen and Max smile at each other. He reaches up to gently caress her.

She has tears in her eyes, afraid. He keeps smiling as she then holds onto his hand. As they reach into a kiss, the phone rings, breaking the moment.

I guess what happens next will have to wait. But after this week’s episode, it seems the wait will be worth it.

WILL MAX AND HELEN KISS?

I think it’s inevitable at this point after that almost kiss! Here’s to hoping Helen and Max kiss by season’s end!

What did you think of this month’s romantic moment between Helen and Max from New Amsterdam? Are you hoping they become a couple by the season’s end? Discuss in the comments below!

3 thoughts on “Romantic Moment of the Month: New Amsterdam – Max and Helen”