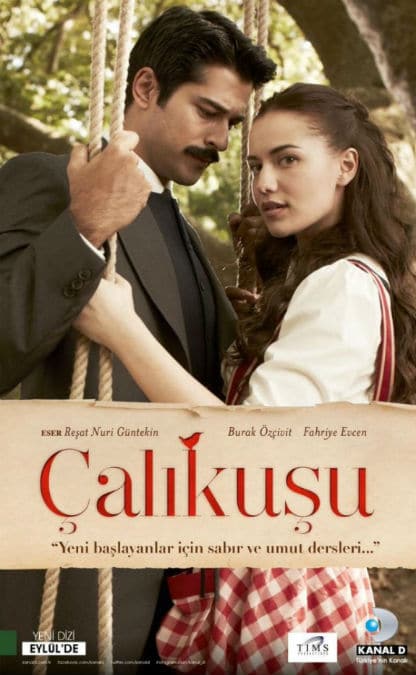 Çalikuşu is an historical romantic drama series based on a novel of the same name set in Istanbul at the beginning of the twentieth century. The more accurate translation for Çalikuşu is wren. However, its’ English title is Lovebird which is a nickname for Feride, the main female character.

SET UP FOR LOVEBIRD

As a young child, Feride is orphaned and sent to live with her maternal aunt’s family. Her arrival upsets the delicate emotional balance of the household. Her female cousin Necmiye, particularly resents the attention her mother devotes to the new member of their household. Feride also has a combative relationship with her older male cousin Kamran which originates from a mutual attraction and distrust between them.

Thanks to her father’s wishes for her to receive an education, Feride is enrolled at a local French convent boarding school, where she lives when not staying with her aunt and uncle. Her biggest wish is to fulfill her promise to her dead father to finish school and to become a teacher. But as she comes close to the end of her schooling her relationship with Kamran begins to change and pose a threat to her goal and her heart. 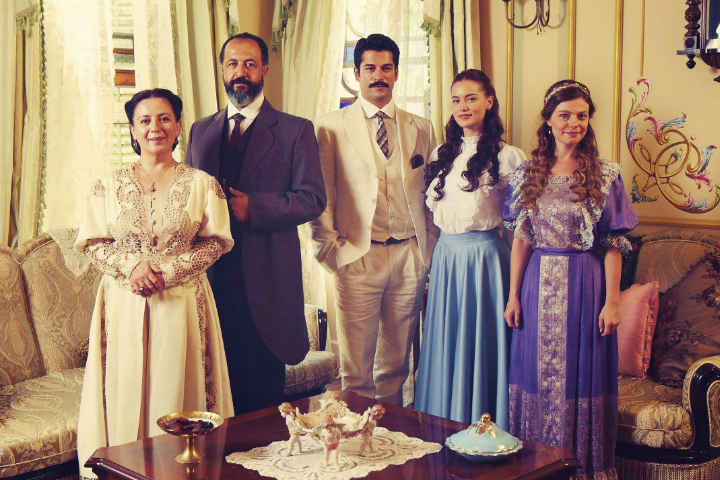 Feride (pronounced FAIR-i-duh) -Nicknamed Çalikuşu, for her lively, mischievous behavior, she is well-loved by her friends and family, excepting Necmiye. She can be shy and hides her bruised heart behind the facade of a trouble-maker and instigator. She is fiercely loyal but also has a tendency to hold a grudge. In times of trouble, she can be found up in a tree or talking to the stars (which she believes are her deceased parents).

Kamran (Kam-RUN) -The apple of his parents’ eye, Kamran is a successful doctor. Despite a few poor choices, he is a man of honor and integrity who understands Feride’s true nature and keeps a watchful and protective eye on her. He is sweet and patient but loves to tease Feride. He also has a habit of jumping to wrong conclusions where she is concerned.

Seyfettin (Say-FET-in) -a sweet natured, patient man, he is the head of the household and Kamran’s example of a loving husband and father. He is long-suffering, but when he reaches the end of his patience it takes him a while to forgive. Seyfettin looks out for the best interests of his loved ones in almost all things and is the long-suffering voice of reason in an overly emotional household.

Besime (BES-i-may) -Besime swings from one emotional extreme to the other. A bit of a drama queen, she reacts first and thinks later. She has a soft spot for her children and though quick to accuse is also quick to forgive. In the place of her beloved sister, she loves Feride like a daughter.

Necmiye (NECH-me-yay) -Necmiye has some cause for her jealousy of Feride. Inside she is a hurt little girl who just wants the same love and attention her parents give her cousin and brother. This leads her to make vengeful and self-destructive choices which perpetuate her sad condition. Her stubbornness and naivety lead to worse and worse consequences for her. 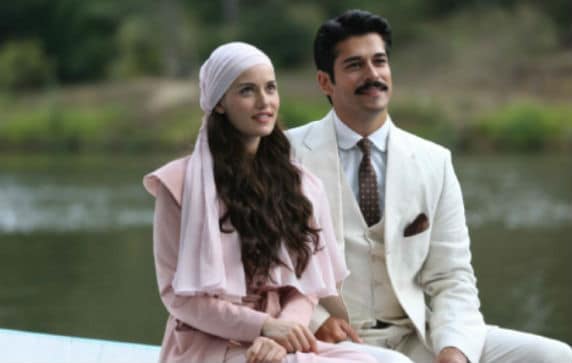 This Turkish television series focuses on the twists and turns of Kamran and Feride’s relationship. However, with a fairly large cast of characters, it doesn’t cheat any of them of character development. Aside from Feride’s family, there is Kamran’s friend turned nemesis Selim, his mistress Neriman. Also featured are Feride’s school teachers and friends, Misel & Mari, along with the people who serve in the family’s household. In some ways, this series echoes Downton Abbey as we see the triumphs and trials of both Kamran & Feride’s family as well as the servants who think of themselves as part of that family.

Lovebird definitely has its’ flaws. The ups and downs, will they, won’t they nature of Feride and Kamran’s relationship does get frustrating at times. Their relationship is also challenged by the vengeful actions of others which lead to numerous misunderstandings and separations. This is counteracted by the sweetness of their relationship in the times when all is well.

Fans of Jane Eyre will appreciate the similar innate and internal connection between these two. I really like how the depth of this relationship and the truth of their feelings are revealed in flashbacks of younger versions of Kamran and Feride. I also love their nicknames for each other which vary depending on whether or not they are getting along. And seriously ladies, if a man ever looked at me the way Kamran gazes at Feride with that impish twinkle and pride in his eyes, I would snatch him up immediately!

I won’t lie, this is a romantic drama with emphasis on the DRAMA! So many problems in this show could be solved by a simple conversation. The viewer may find themselves irritated by how far fetched some of the plots can be. Also, certain story lines tend to drag on too long. Then there are also moments on screen with no character dialogue where the camera focuses in on a particular character for longer than necessary.

Another issue with Lovebird is that I feel some of the dialogue and story lines are lost in translation. There are some things that I believe that are true to their culture which doesn’t make sense or can be misunderstood by an American viewer. The relationship between Feride and Kamran is a perfect example. The whole series is about their romance. Yet they are first cousins who are raised together like brother and sister with the expectation of everyone that they will marry. Other cultural issues surround the roles of men and women and the treatment of women by the men. There are times when the dialogue doesn’t quite make sense when it seems certain phrases or words aren’t translated well. This is a rare occurrence but still creates some dissonance for the viewer.

However, despite all its’ flaws, I have found Lovebird to be utterly addictive to watch. The character development allows the viewer to really connect and relate to these people. I have even found I have some favorites, including Besime the mama drama queen who just wants everything to run smoothly and for her family to be happy. Even with the cultural differences, at heart Lovebird has many similarities to American dramas, including strong family bonds and a love story which is totally engaging.

Lovebird was canceled before it completed the story of the novel. With 72 episodes running around 40 minutes each, it still offers plenty of viewing time for a family and romance you will be sure to love.

Content Note: Though Lovebird has a few scenes of a suggestive nature, there are no sex scenes or nudity. Some personal violence is displayed, but it is never of a graphic nature.

Where to Watch: All 72 episodes are currently available on Netflix.

Our romance-themed entertainment site is on a mission to help you find the best period dramas, romance movies, TV shows, and books. Other topics include Jane Austen, Classic Hollywood, TV Couples, Fairy Tales, Romantic Living, Romanticism, and more. We’re damsels not in distress fighting for the all-new optimistic Romantic Revolution. Join us and subscribe. For more information, see our About, Old-Fashioned Romance 101, Modern Romanticism 101, and Romantic Living 101.
Pin this article to read later! And make sure to follow us on Pinterest.
By Brittaney B. on July 14th, 2017