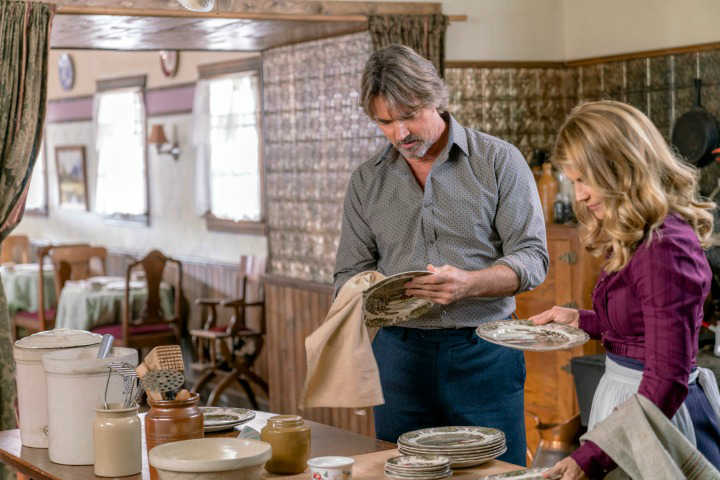 Even with its past trials and challenges, I don’t think there’s been a season of When Calls the Heart as emotional as this fourth season has been.

RELATED | When Calls the Heart, “Healing Heart” Recap – Best (and Worst) of Times and a Missing Witness

Between its romantic conclusions and heartbreaking partings, it’s been a roller-coaster Hearties are not soon to forget. With Constable Thornton gone from Hope Valley in favor of fighting the gangs in the Northern Territories, an adventurous story arc travels elsewhere.

In “Courageous Hearts,” one enigma draws to its conclusion, while another one (related to newcomer Carson Shepard) amps up the mystery. We see the conclusion of Bill Avery’s mission (tracking down the missing witness against Henry Gowen). A trek that becomes more dangerous than he anticipated, for more reasons than one!

You’ll remember last week, Bill finally uncovered the witness against Henry Gowen. Expecting a man to be on the other side of the name AJ Foster, instead, he discovers a woman! To survive and to protect her mother, she accepted a payoff for her silence. Since then, she’s been hiding in the woods. 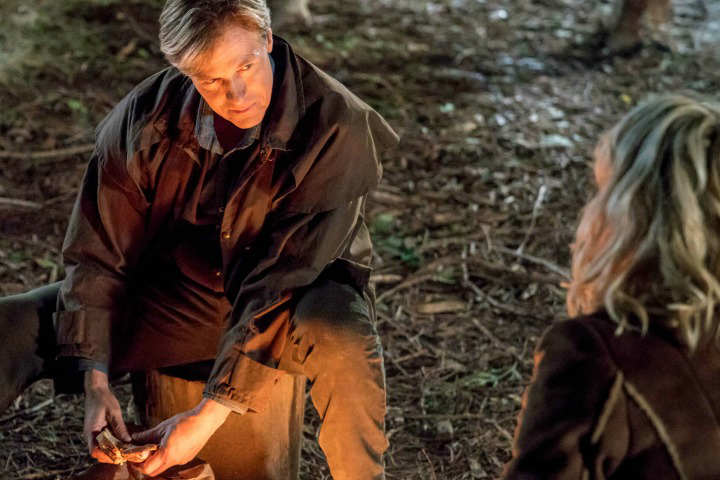 Though she protests it, Bill and AJ embark on quite the journey; one that involves fooling a bounty hunter, a hired gun on assignment by Wyatt, and each other. You see AJ wants to be left alone, but Bill will stop at nothing to see Gowen brought to justice. And if that means digging up (literally) AJ’s accounting books, and hauling the feisty witness back to Hope Valley, this is what he intends to do! 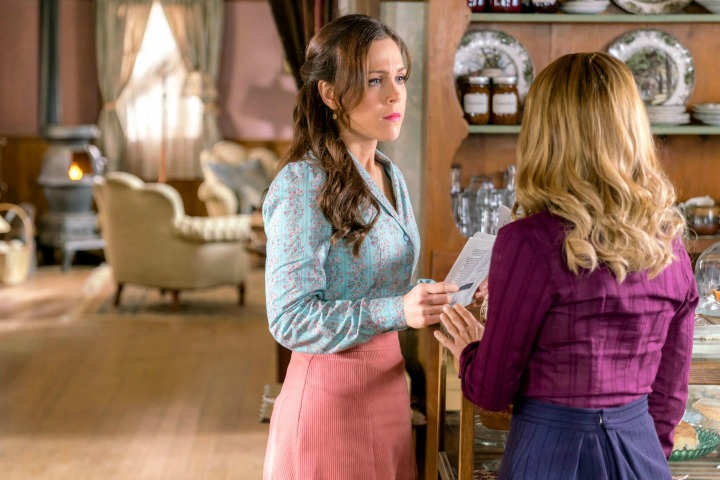 With Jack away, the newspaper headlines (all of the grim tales) do nothing to alleviate Elizabeth’s fears. By way of distraction, she takes a keen interest in the welfare of her new students, the Earl and Chad Wyatt. She tangles again with their uncle, Ray, and when he does nothing, she goes to their distracted father, Russ.

This puts her in another tense battle with the cunning railway exec. It’s one conflict the plucky Elizabeth, eventually, wins. At least for now.

Furthermore, by episode’s end, Elizabeth holds in her hands the thing she’s most longed for, a letter from Jack.

Gowen seems to be suffering guilt about his partnership with Wyatt. But is it enough to effect his conscience? When Bill and AJ ride into town with the account ledgers intact, it rattles Wyatt, which leaves him vulnerable.

Turns out Gowen perhaps does have a sliver of a conscience when he readily volunteers to turn evidence against Wyatt for leniency. With the guilty parties (Gowen and Wyatt) in handcuffs, Bill also locks up AJ Foster for fear she’ll bolt. In the end, she does just this, vanishing as if she were never there.

Conclusions and Speculation about “Courageous Hearts”

To give “Courageous Hearts” some levity, Lee and Rosemary are (again!) picking fights with one another, albeit lovingly. It all begins when Lee purchases an automobile. Naturally, Rosemary insists on learning how to drive the contraption. Everything is fine until she nearly runs into the mercantile.

This inspires a tiff between them. Rosemary being Rosemary decides the solution is to move in with Elizabeth. Until her friend reminds her to be grateful she has Lee in her life. The next morning she returns to their home and in a sweet, romantic scene, she apologizes, telling her husband how much she respects and appreciates him.

Also unfolding last night was the mystery that is Carson Shepard. Frank, with worry for Abigail’s safety, begins to investigate this stranger. As a reformed man himself, he senses there is something Carson is concealing. Turns out, Carson’s secret is the death of his beloved wife. Now he needs a fresh start. All seems well again.

But wait! Next week’s preview airs and hints that maybe, this isn’t true. There is more to Carson’s past, namely a woman who shows up to brand him a murderer. What could this mean? I suspect it’s not all it appears to be. Perhaps this is some relation of Carson’s deceased wife and she blames him for her death? Or maybe Carson did really play a role in someone’s death and is atoning for it. What do you think the real story of this character’s past is? Perhaps I’ll be all wrong, but I don’t want to think this man, who has been so kind to Abigail, is a villain.

Join us again next week when we recap “Heart of a Fighter.”

What did you think of last night’s installment of When Calls the Heart? Did its format (including leaving characters out entirely) help to further the season four plot, or are you ready for a return to normal? Comment down below with your thoughts on “Courageous Hearts!”

Our romance-themed entertainment site is on a mission to help you find the best period dramas, romance movies, TV shows, and books. Other topics include Jane Austen, Classic Hollywood, TV Couples, Fairy Tales, Romantic Living, Romanticism, and more. We’re damsels not in distress fighting for the all-new optimistic Romantic Revolution. Join us and subscribe. For more information, see our About, Old-Fashioned Romance 101, Modern Romanticism 101, and Romantic Living 101.
Pin this article to read later! And make sure to follow us on Pinterest.
By Rissi JC on April 10th, 2017

2 thoughts on “When Calls the Heart, Courageous Hearts Recap – Closet Skeletons and A Guilty Conscience”