As we turn the page on our calendar, favorite networks and streaming services also turn over a new leaf, if you will, with the release of new programs. This March, along with their new ‘Spring Fever’ campaign, fan favorite network Hallmark Channel has some new romances to share. Let’s have a look at Hallmark’s Spring Fever 2019 (plus more fun romances!).

The first two premieres are independent of any campaign, but they feature faces you’re sure to recognize. Then, the network debuts their new, appropriately spring-like campaign with a series of new originals, some of which will linger through April. But those we’ll talk about those another day.

Today we look at two of three upcoming ‘Spring Fever’ romances, plus the rest of Hallmark’s March offerings!

Luke Macfarlane returns to the channel as a chef who plans to compete on a televised reality show. What he didn’t expect was the “opposites attract” feelings he’d have for a fellow competitor. 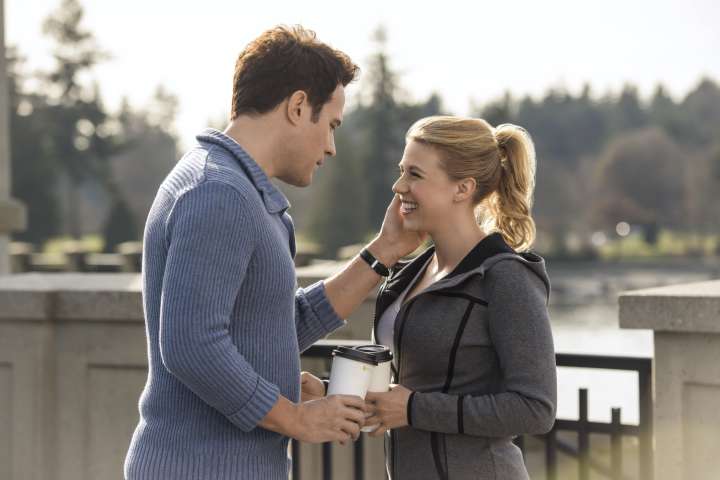 A woman who has given up on love suddenly rethinks her comfortable lifestyle when a single father, and his young daughter move in next door. Popular Fuller House star Jodie Sweetin co-stars with David Haydyn-Jones in this romance. Also, don’t you think its title is sweet!?

Spring Fever runs from March 16th – April 20th! Watch for the rest of the premieres in our next Hallmark preview list. 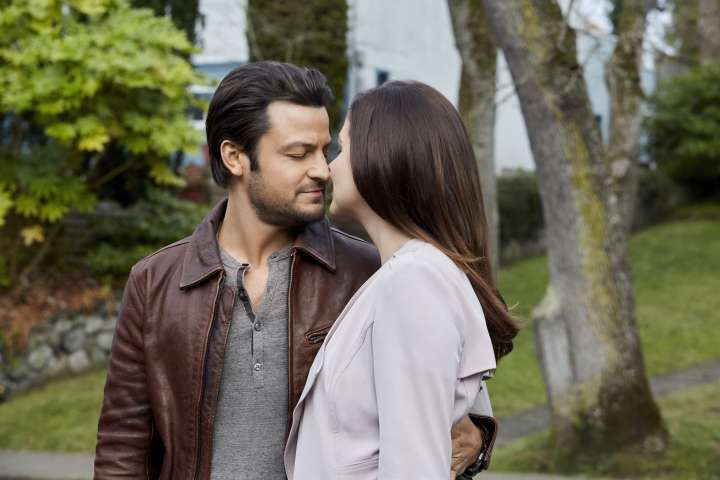 This romantic-comedy takes on the popular craze that is reality TV’s “house flippers.” Julie Gonzalo and Tyler Hynes co-star as rivals (and exes!) who each renovate one half of a duplex and the possibility of rekindling their relationship.

One of my favorite of Hallmark’s leading men, Michael Rady (Emily Owens, M.D.) plays a single parent who’s child bonds with a rescue dog. The trouble is, a single mother also wants to adopt the dog. Can the free-spirited, single mom Kate, and Eric (Rady) make a co-foster adoption work? Nikki Deloach co-stars.

Not much is known about this one yet, but it sounds romantic. It’s set to follow an artist who discovers that the “mystery man” in her painting isn’t the person she thinks he is. Arielle Kebbel stars.

If a mystery is more your thing, Hallmark’s sister network is also set to air two new mysteries. The first is the third in a limited series; the second is a debut that re-pairs two Hallmark favorites.

The third in Allison Sweeney’s limited mystery series, Alex is back to solve a mysterious homicide the police ruled an accident.

2: Crossword Mysteries: A Puzzle to Die For – March 10 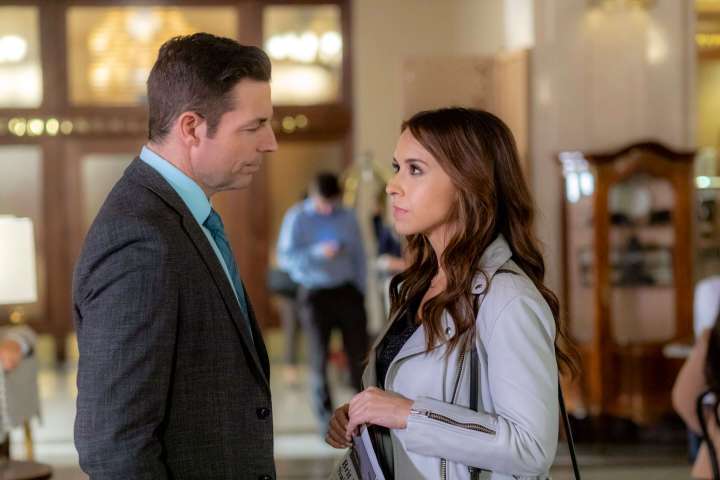 A newspaper crosswords editor is drawn to a real-life mystery when a case seems to have been foretold through her puzzles. Brennan Elliott and Lacey Chabert (from All of My Heart) re-pair as the leads in this new mystery.

Watch for the rest of Hallmark’s ‘Spring Fever’ watch list in March! In the meantime, I’m curious, which of Hallmark’s Spring Fever 2019 (or any of their March) premieres are you looking forward to from this list? Comment down below with all of your thoughts!

Our romance-themed entertainment site is on a mission to help you find the best period dramas, romance movies, TV shows, and books. Other topics include Jane Austen, Classic Hollywood, TV Couples, Fairy Tales, Romantic Living, Romanticism, and more. We’re damsels not in distress fighting for the all-new optimistic Romantic Revolution. Join us and subscribe. For more information, see our About, Old-Fashioned Romance 101, Modern Romanticism 101, and Romantic Living 101.
Pin this article to read later! And make sure to follow us on Pinterest.
By Rissi JC on February 25th, 2019