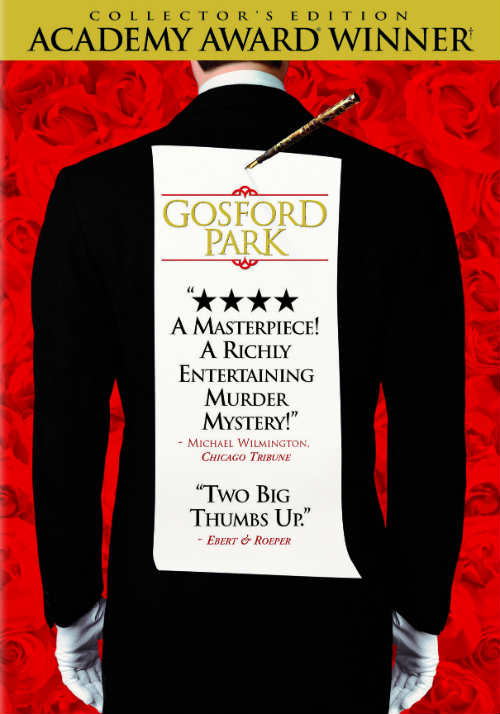 In today’s popular British television, when we think of ensemble pieces, one of the more admired dramas sure to come to mind is Downton Abbey. Spearheading the ensemble production of Gosford Park was Robert Altman who is credited in the opening with Gosford Park being based on an “idea” by him (in addition to sitting in the director’s chair), however, it was actually Downton Abbey’s Julian Fellowes who earns the screenwriting credit. Nominated for copious awards and winner of some, there is a lot that goes on with this huge cast of characters, characters that make nice precursors to the ones we’ve come to love in Downton Abbey.

In Gosford Park, Mary Maceachran (Kelly MacDonald) is a nice young Scottish girl, but a “proper” ladies maid she is not. She knows her place and how to be respectful, but beyond that, she has never received “proper” ladies maid training. Still, her employer Lady Trentham (Maggie Smith) seems willing to undertake the unpolished girl and treats her decently. Living on an allowance from a cousin, Lady Trentham makes the trek to the home of William McCordle (Michal Gambon) for a shooting party where a bevy of guests awaits. In addition to the lady of the house, Sylvia (Kristin Scott Thomas), these guests consist of her sister, Louisa (Geraldine Somerville) and her husband, Lord Stockbridge (Charles Dance) and a film star Ivor Novello (Jeremy Northam). 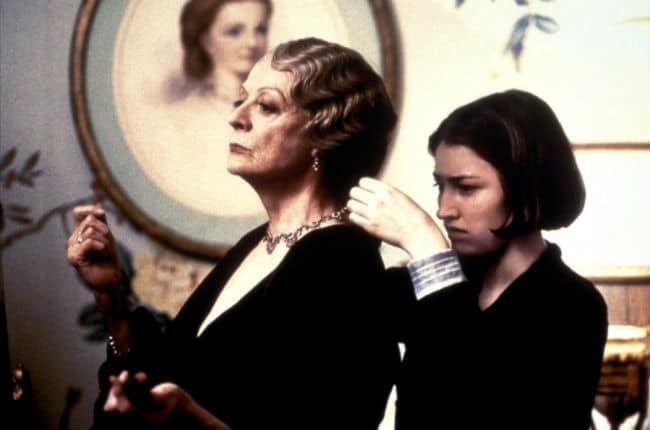 Below stairs there is Parks (Clive Owen), valet to Stockbridge, and the strict housekeeper Mrs. Wilson (Helen Mirren) whose odd feud with the cook Mrs. Croft (Eileen Atkins) doesn’t go unnoticed by the curious Mary and her friend, Elsie (Emily Watson), the head housemaid. As the party of guests slowly reveals more of their secrets (as stumbled upon by their downstairs staff), a murder takes place and a detective Thompson (Stephen Fry) is called in to investigate. Only instead of the “whodunit,” the real mystery might be the fact that the victim was murdered not once, but twice.

In addition to these stellar performers, also appearing in this production is Richard E. Grant, Derek Jacobi, Sophie Thompson (Miss Bates from Emma), Jeremy Swift (Downton Abbey), Claudie Blakley (2005’s Pride and Prejudice, Lark Rise to Candleford) and a young Ryan Phillippe. As each frame unveils more of the larger-scale cast of characters, the parade of familiar faces persists. It’s this that helps sell this script so deliciously. The cast assembled inside this grand country estate is, without reproach some of the best British talents there is, and while watching this, I was reminded why.

Of course, because there is a script with motivations, there is more to talk about. While I do enjoy the story, it’s more about broad strokes than it is painting in the details that would ordinarily form a complete picture. To begin with, none of the character relations are well established or introduced. Everyone is just sort of “there” without being formally introduced to the audience who are left to pick up on small clues in the noisy conversational dialogue as to the who’s who of everyone. It took me a good third of the film before I began to puzzle together some of the relations (this is my second or third time watching this one although it had been a while). This dynamic creates some confusion, but somehow, it also works for this particular production thanks to the snappy dialogue and excellent performances. 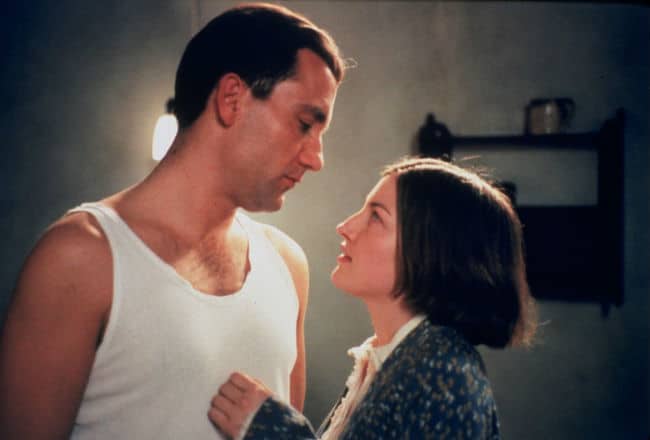 When looking at the film in its overreaching plot, however, nothing really seems resolved. There are bread crumbs and we assume we can draw the curtain on what did happen and how it happened, but the careful avoidance of confession makes it next to impossible to fully accept the hints. That being said, I do enjoy revisiting Gosford Part every once in a while. The costuming is beautiful, all of which looks authentic to the 30s era it’s set in. The character development is limited although I did enjoy Kelly Macdonald’s character, who seems to carry a good portion of the film in terms of a character we connect most with. And even though the ambiguous ending may rub some people the wrong way, there is a kind of charm to the production of Gosford Park. There is even some romance sprinkled into the film between Clive Owen and Kelly Macdonald’s characters.

If you like other works by Fellowes or period dramas set in the “jazz age” (the ’30s), this is sure to be a fun way to spend a night in. The cast alone, if nothing else does, should tempt any period drama aficionado. Done up in proper and jazzy 30s style with a dash of Agatha Christie, I know the cast is reason enough for me to pop this whodunit into my player when the mood strikes.

Gosford Park is available to buy on DVD or rent on Amazon Instant Video.

Have you seen Gosford Park? Share your thoughts on this curious period drama below…

Content: Gosford Park is rated R for two implied sex scenes (one involves a brief shot of the couple in the act, in a state of undress) as well as other minor innuendoes. Primarily, the reason for the R-rating is the 8-10 uses of the F-word (several of which are in one scene).

Our romance-themed entertainment site is on a mission to help you find the best period dramas, romance movies, TV shows, and books. Other topics include Jane Austen, Classic Hollywood, TV Couples, Fairy Tales, Romantic Living, Romanticism, and more. We’re damsels not in distress fighting for the all-new optimistic Romantic Revolution. Join us and subscribe. For more information, see our About, Old-Fashioned Romance 101, Modern Romanticism 101, and Romantic Living 101.
Pin this article to read later! And make sure to follow us on Pinterest.
By Rissi JC on December 11th, 2015