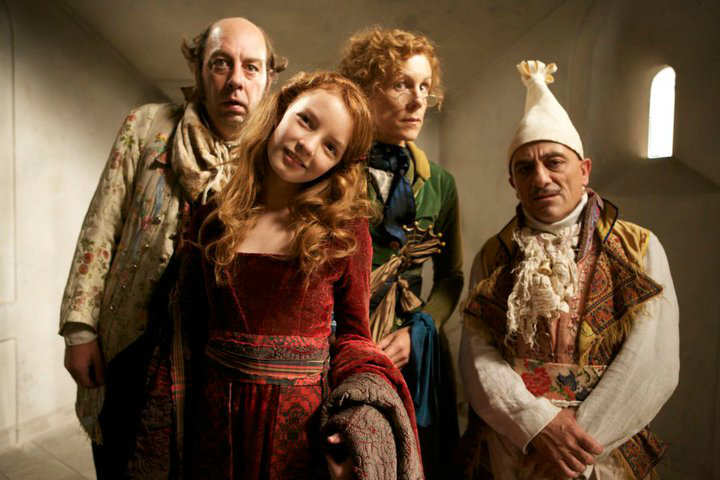 The Secret of Moonacre (2008) Film Review

With a talented cast of British faces and a script based on a British novel (The Little White Horse), The Secret of Moonacre was one of those easily obtained for U.K. residents. For U.S. audiences, it never appeared in theaters. Although not traditional in many ways, I found this a kind of coming-of-age story that is interesting at the very least. It chronicles the adventures of young Maria Merryweather (Dakota Blue Richards), who has just lost her father; a father she barely knew following his abandonment. He left her to a comfortable home and under the care of her tutor, Miss Heliotrope (Juliet Stevenson). Maria mourns his loss, but fears being alone with no money more than the actual emotional loss. Her father gambled away what they had to live on, and the only inheritance he left his daughter is a storybook… or that is what it appears.

She is then sent to live with her only surviving relative, her uncle, Sir. Benjamin (Ioan Gruffudd). Benjamin is a closed off man who seems to care little for women’s company. Proud to a fault, Maria comes to learn that her uncle is obviously hiding something about the Merryweather estate and it has something to do with that storybook and a Moon Princess. Meeting a series of mythical and interesting characters in the forest she has been repeatedly forbidden to enter, Maria befriends Loveday (Natascha McElhone), and is confronted by a sworn enemy to all Merryweather’s, Coeu De Noir (Tim Curry). 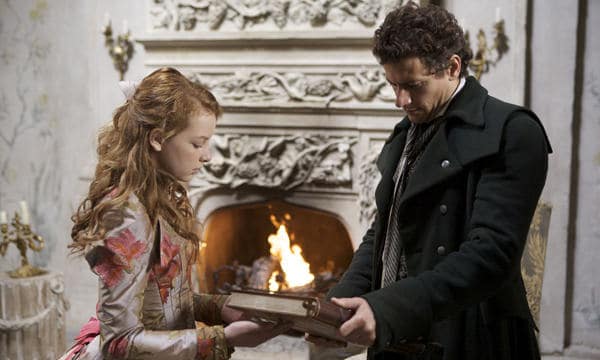 This intrigued me from the first time I read about it. Mainly thanks to the Chronicles of Narnia. That series alone shaped my fantasy genre requisites and perimeters whereas before I steered clear of anything remotely supernatural.  The Chronicles of Narnia as most everyone knows was written by Christian author C.S. Lewis and as such permits beautiful parallels to Christianity. This magical journey is devoid of anything remotely close to Narnia’s magnificence. This message is much looser and the fantasy deviates towards the sillier side of nonsense. By my interpretation, the writers are depicting that whoever is “chosen” as the Moon Princess has special powers given her by a string of magical pearls and in that respect, the beholder wields “gifts” of nature. Maria’s heroine does know what it means to preserve the sanctity of a life (many lives, really) – or she comes to understand, and because of this, she’s willing to sacrifice without even fully understanding the ramifications. Because of this, the film puts into perspective what we must sometimes give up for the greater good. Watching this again recently gave me a new perspective and as an adult, I didn’t walk away with nearly as many reservations as my first time viewing the film. It’s a story about its heroine coming into her own, yes, but it also reminds us that greed can turn even the best person into an ugly one.

Production wise, the moon poses as a magnificent backdrop in many scenes meaning, visually, the film is stunning. Unfortunately, the script isn’t that well written. Often the dialogue feels forced or as if the line was spoken out of turn. Cinematically speaking, on the surface this has about everything you want – smidgeons of humor, adventure and fantastical journeys, sprinkling of romance, and danger, but look deeper, and you’ll find faults. This isn’t near as impressive as other films in the genre, and costuming is another thing altogether. A lot of creativity went into it, and that shouldn’t be argued. The use of color was fabulous and there are lots of steampunk-esque influences in the design though Gruffudd looked more authentic in costume than the ladies. Perhaps given the “look” of the movie, this is what costumers wished for. Most of the frontal shots of Maria’s gowns are intricate and gorgeous, but it’s the back that leaves something to be desired while Juliet’s are just crazy. One flashback scene (in the piano room) was elegantly filmed meant to compliment its genre, and I could not help but enjoy its rare glimpse into normalcy. 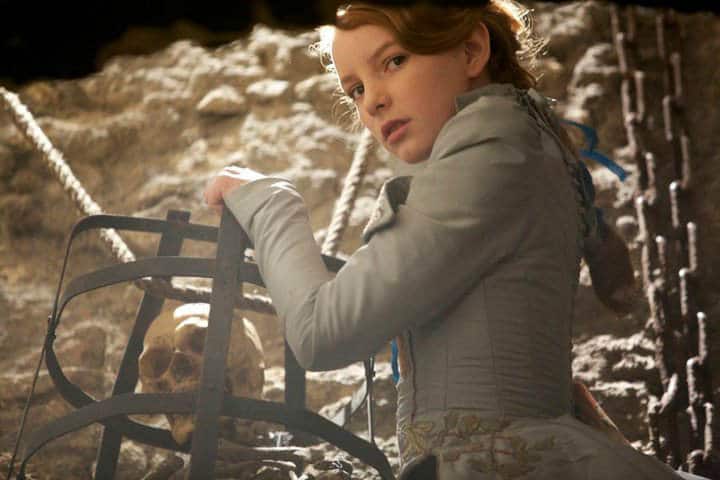 The cast ensures this indie film has more of a secular appeal whereas names that weren’t recognizable may have made it less attractive. This was my first introduction to Dakota Blue Richards and she did an admirable job carrying the movie as a young heroine. She was charming, emotional and headstrong when need be. Strictly talking about familiar names, I wanted to see this in the worst way because of Ioan Gruffudd (Horatio Hornblower, Amazing Grace, and ABC’s Forever) one of my favorite British actors. Here, he plays what I’d say is a completely different character than the book introduces. I’ve not read the novel, but the book summary  paints an opposing image of him than his film character. But I digress. When all is said and done, this film will appeal more to those who are fans of the cast (and I’ll confess, it’s worth seeing in that light). It’s more a study in fantasy humor (woodland bandits, forbidden forest, unicorns) than serious and overall, is a magical journey that while not as thought-provoking as Narnia, is an interesting piece of film work in its own right.

Have you seen The Secret of Moonacre? If so, what did you think of its unique storytelling?

Our romance-themed entertainment site is on a mission to help you find the best period dramas, romance movies, TV shows, and books. Other topics include Jane Austen, Classic Hollywood, TV Couples, Fairy Tales, Romantic Living, Romanticism, and more. We’re damsels not in distress fighting for the all-new optimistic Romantic Revolution. Join us and subscribe. For more information, see our About, Old-Fashioned Romance 101, Modern Romanticism 101, and Romantic Living 101.
Pin this article to read later! And make sure to follow us on Pinterest.
By Rissi JC on March 6th, 2015

2 thoughts on “Film Review: The Secret of Moonacre – An Imaginative Coming-of-Age Story”