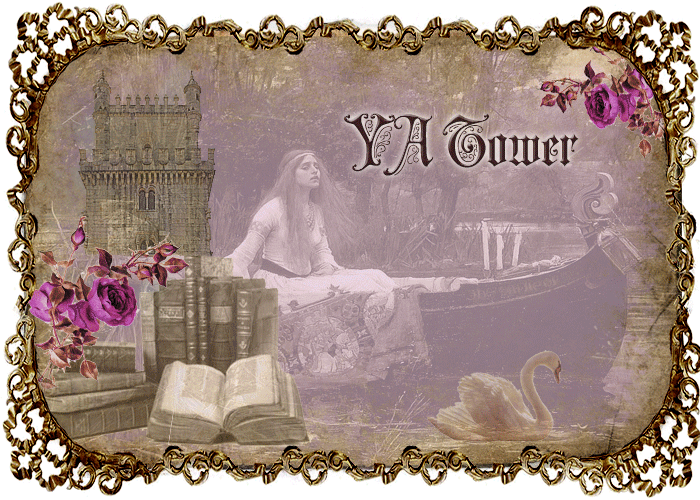 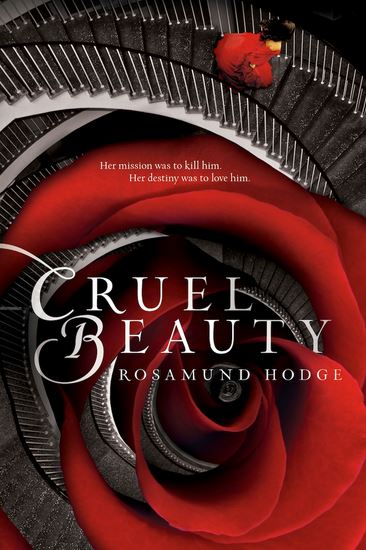 “The romance of Beauty and the Beast meets the adventure of Graceling in a dazzling fantasy novel about our deepest desires and their power to change our destiny. For fans of bestselling authors Kristin Cashore and Alex Flinn, this gorgeously written debut infuses the classic fairy tale with glittering magic, a feisty heroine, and a romance sure to take your breath away.

Betrothed to the evil ruler of her kingdom, Nyx has always known that her fate was to marry him, kill him, and free her people from his tyranny. But on her seventeenth birthday when she moves into his castle high on the kingdom’s mountaintop, nothing is what she expected—particularly her charming and beguiling new husband. Nyx knows she must save her homeland at all costs, yet she can’t resist the pull of her sworn enemy—who’s gotten in her way by stealing her heart.”

Every time I pick up a ‘Beauty and the Beast’ retelling, I worry that the novel will just be a variation of the Disney cartoon. Not that I dislike the cartoon (it’s one of my personal Disney favorites), it just gets tiring to see more of the same. I needn’t have worried with Cruel Beauty. Rosamund Hodge’s knowledge of the animal bridegroom folk tale and ‘Beauty and the Beast’ variants packs quite the punch, proving she is well versed in more than just Beaumont, the author most known for writing the tale we are familiar with today.

Instead of just a Beaumont retelling (such as Robin McKinley’s Beauty) or some non-researched Disney variation, Cruel Beauty is many things: part fantasy, part Beauty and the Beast, and part Greek mythology. Hodge has done her research and it shows. Aside from Beaumont, there are origins of “Cupid and Psyche” (one of the earliest variants of a ‘Beauty and the Beast’ type tale), Villeneuve’s “Beauty and the Beast” (the version Beaumont simplified and shortened), and “East of the Sun, West of the Moon” found in the novel’s pages. With several sources of influence to pull from, the mythology of this particular retelling works infinitely better than most. A few pages in, and I was sucked into the original world of Cruel Beauty. Even though I “know” the story already, there were enough changes and twists to keep me guessing and intrigued to see what happened next.

One of the biggest intrigues for me came down to the ‘Cupid and Psyche’ like marriage of Nyx to the monstrous Demon ‘Gentle Lord.’ Initially, “Beauty and the Beast” was partially a metaphor for arranged marriage (the beast being less ‘beastly than other men of the time) without the characters actually being married until later on in the tale. In “Cupid and Psyche,” this wasn’t the case, Psyche married off to a monstrous man (by her own family) before they meet. She hears tales of what a monster he is, so is surprised she enjoys his nightly visits. The story is much more sensual than many other versions of the tale, but still themes of entering the unknown and a sort of sexual awakening are present in most versions (some much less blatant than others). It is these themes of Nyx’s marriage to a monster that really create a fascinating romance, one that surprisingly doesn’t feel stale. Extra points for never giving a romance novel type of vibe either…

The characterization of Nyx, our Beauty character, is also quite original because she isn’t very nice. She’s hateful and envious of her twin sister who wasn’t chosen to be married to a beast. She carries resentment in her heart, and it is in this darkness that she can connect to a monster. Nyx is truly a female character to be reckoned with frankly because she isn’t perfectly sweet. She, like many Beauty characters before her however, must still go on an emotional journey. She must be tested when separated from her Beast. For Nyx, this becomes quite the dilemma. She was raised to kill the Gentle Lord (for she believes he is the ruin of the kingdom), but how can she kill him when she also loves him?

Aside from the characterization, the world building of the Greco-Roman fantasy world is clever and very detailed. The prose really paints a gorgeous picture of the setting, especially the Gentle Lord’s castle. There are Gothic elements thrown in with locked doors and hidden secrets just waiting to be uncovered. If only Nyx could figure out who the true villains were, who to trust between the Gentle Lord and his identical shadow that only comes out at night (beautiful Villeneuve influence there for those familiar), and just what the Gentle Lord’s true name actually was. Overall, for those who love romantic fairy tale retellings and don’t mind going a little bit dark, you can’t do much better than Cruel Beauty.

With an announcement for an action version of Disney’s Beauty and the Beast in the works, I would love to see a film adaptation that has nothing to do with Disney. Cruel Beauty would be the perfect vehicle because it is more than just a retelling, it is an epic fantasy with a unique enough of a bent to be different than prior versions. Visually, this could be quite fun on the big screen, especially if they cast Aidan Turner as the Gentle Lord…

Our romance-themed entertainment site is on a mission to help you find the best period dramas, romance movies, TV shows, and books. Other topics include Jane Austen, Classic Hollywood, TV Couples, Fairy Tales, Romantic Living, Romanticism, and more. We’re damsels not in distress fighting for the all-new optimistic Romantic Revolution. Join us and subscribe. For more information, see our About, Old-Fashioned Romance 101, Modern Romanticism 101, and Romantic Living 101.
Pin this article to read later! And make sure to follow us on Pinterest.
By Autumn Topping on February 11th, 2015