I’d like to begin with a little backstory. I discovered the first Harry Potter book by accident a few years after it came out. And while I was much younger than the characters, I adored them anyway and devoured each new installment as soon as they hit the bookshelves. I was the perfect age for the movies, being roughly the same age as the characters throughout. It was quite an experience, to grow up alongside each film.

RELATED Harry Potter and the Philosopher’s Stone: 20 Years of the Boy Who Lived

While I am aware that the Harry Potter movies are not perfect, certainly deviating from the books on many an occasion, I have a special fondness for them. I am a little biased but I will attempt to present a fair assessment of the film as best I can. 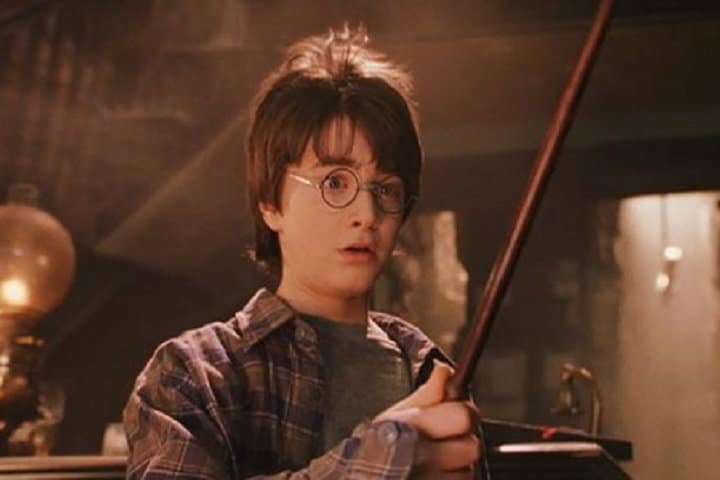 Harry Potter is a boy with a lightning-shaped scar on his forehead who lost his parents at a very early age. He lives a Cinderella-like existence with his less than loving relatives, the Dursleys. That is, until the day he receives a mysterious letter. A letter that invites him to attend Hogwarts School of Witchcraft and Wizardry. After some resistance from his family, Harry finds himself setting off from platform 9¾ on the Hogwarts express. He will soon find out just how unusual he is.

Of the series of adaptations, the first is by far the most accurate which is both a good thing and a bad thing. The Sorcerer’s Stone is by far the weakest of the books, as J.K. Rowling had not yet hit her stride as a writer. The fact that it is so comparably short to the other books allowed the first film to be quite a close adaptation. There are still some things left out but much of the scenes are transferred verbatim from page to screen. Obviously, this works better in some scenes than others.

It’s almost a shame that most of the screen time went to mostly untried child actors. Of course, it isn’t their fault that some of their lines are awkwardly delivered and accompanied with over the top expressions. Many were ordinary members of the public that answered a public casting call. I remember being devastated that I couldn’t make it to any because they were all in England. The child acting was only really a problem for the first two films though. Everyone improved rapidly as the series went on.

The World of Harry Potter

You can’t really talk about the Harry Potter films without discussing the insane amount of work that went into the design and look. Harry Potter and the Sorcerer’s Stone takes advantage of many beautiful and recognizable British locations. Much of the exterior Hogwarts scenes were filmed in Durham Cathedral, Alnwick Castle, Oxford’s New College, Lacock Abbey and Gloucester Cathedral. The choice to film in these real historical buildings lent a real, magical quality to the world of Hogwarts.

And that is one of the series greatest strengths, it’s entirely immersive world. What the real locations could not provide, they constructed at Pinewood Studios. Which you can now visit. Another notable thing about the Harry Potter series is the amazing production design. All of the little things like Bertie Botts Every Flavour Beans and Wizard Chess are present, looking suitably imaginative and unique. All of this helps the viewer to easily step inside the world of Harry Potter.

The CGI is a little dated now (but at the time was magical), especially in the case of Fluffy and some of the Quidditch players. However, there are others, such as the Hogwarts ghosts, which hold up surprisingly well.

Speaking of ghosts, one aspect that was sorely missing from the film adaptations was Peeves – Hogwart’s exceedingly memorable poltergeist. This is especially glaring because the film takes the time to introduce most of the other notable ghosts in the banquet scene. Apparently, there were several scenes filmed with Rik Mayall as Peeves but they have yet to make it into any set of special features. This is a shame as I would love to have seen those. He would have been a perfect choice.

One thing this film certainly has is a sense of warmth, a magical fairy-tale feel that adults and children can experience with equal joy. Upon watching the film again, that feeling is still as strong as the first time. Harry Potter and the Sorcerer’s Stone is a long film (almost two and a half hours) but it doesn’t feel long.

There is no romance in the first film (though the seeds are planted) but there is more than enough to entertain fantasy lovers. Harry Potter and the Sorcerer’s Stone is a well-beloved classic for a reason and holds up well. I recommend you give it a try.

Where To Watch: Amazon Video

Our romance-themed entertainment site is on a mission to help you find the best period dramas, romance movies, TV shows, and books. Other topics include Jane Austen, Classic Hollywood, TV Couples, Fairy Tales, Romantic Living, Romanticism, and more. We’re damsels not in distress fighting for the all-new optimistic Romantic Revolution. Join us and subscribe. For more information, see our About, Old-Fashioned Romance 101, Modern Romanticism 101, and Romantic Living 101.
Pin this article to read later! And make sure to follow us on Pinterest.
By Elinor Cackett on October 18th, 2017