10 Things You Didn’t Know about the Real Marie Antoinette

She never said that thing we all think she said.

History has painted France’s last prerevolutionary queen with a cruel brush, leaving a lasting impression of a haughty, selfish, and vain woman who had little regard for the epidemic of poverty that plagued her country. The rebels’ cry of “Off with her head!” put the final stamp on her public persona. But long before Marie Antoinette fell victim to the blade of la guillotine, she lived as the victim of a press who fed the people’s hatred with stories that ran the gamut from unflattering to slanderous vulgarity.

While researching to bring Marie Antoinette to life in my novel The Seamstress, I came across bits and pieces of her biography that allowed for a more sympathetic portrayal than she usually enjoys.

#1 Marie Antoinette was a child bride

Marie Antoinette was a child bride married to a child groom. She was barely fourteen, and Louis-Auguste fifteen, when the two were joined together in a ceremony with an intimate gathering of five thousand of their closest friends. Theirs was, of course, a political arrangement, and it would be years (and years . . . and years . . .) before the marriage would be consummated.

#2 She was stripped of her Austrian identity

She was stripped of her Austrian identity. Her name at birth was Maria Antonia Josepha Johanna. While it’s a common practice even today for a woman to take on her husband’s surname, they’re not often asked to abandon the language and spelling of their homeland. Young Maria had to divest herself of her heritage in a much more literal way, too. Before crossing into France en route to meet her first boyfriend/husband, she was ordered to descend from the carriage, strip off her clothing, destroy it, and dress herself in the colors of the Bourbon household. From that day forward, she was forbidden to wear black or yellow—the colors of her family crest.

#3 She was forbidden to mourn her children

She was not allowed to mourn her children. Wealth and nobility provided no immunity from the tragedy of infant mortality, and the queen would see the tragic death of two of her children during the course of her reign. Because France still clung to the idea that their king was not only royal but divine, the ruling family could not be publicly associated with death. Thus, she was allowed no public statement of mourning and was unable to attend her own child’s funeral. Particularly painful to any parent is a royal family portrait featuring Marie Antoinette and her children standing next to an empty crib. The child within it has been summarily painted out.

#4 That thing we all think she said

She never said that thing we all think she said. Legend has it that, upon hearing of the peasants’ complaints about having no bread, the queen quipped, “If they have no bread, then let them eat cake.” In fact, Marie Antoinette herself often directed stores of flour and grain from the royal kitchen to be distributed to the poor. She made a regular practice of giving away her shoes and stockings to the needy. She spent her time of imprisonment knitting and distributing clothing to the destitute of Paris. So we can all set down the cake and file this one away as Fake News.

#5 Dreams of a queen

The queen in the castle longed for a simple country life. Along the edge of the Versailles Estate sits a little house called Petit Trianon. (Obviously, the definition of petit is subjective here. . . .) It was one of Marie Antoinette’s favorite getaways, and she loved to take close friends and family for holidays here and play the role of a peasant girl. As she was unfamiliar with the workings of actual farms, the “live” stock that dotted the yard were, in fact, papier-mâché stock. When in residence at Petit Trianon, the queen ditched her jewel-encrusted silk gowns and wore simple cotton shepherdess dresses—a practice for which she was severely criticized. Later, when the new regime denounced any display of wealth, those identical dresses became the height of fashion. Because you just can’t make everyone happy.

#6 The Truth About Versailles

Versailles was actually filthy. Hard to believe it now, as throngs of tourists are paraded through gold-and-gilt walls, marble floors, and ornate furnishings, but the palace was once a very different place. There were rats and dogs and unwashed masses. Anybody could wander in and look around, with only the family’s private quarters given any sort of barricade. And that barricade was often little more than a “Don’t go in there, s’il vous plaît.” Thus, Marie Antoinette lived a life on constant display, with the exception of the time spent at her precious Petit Trianon retreat, where she could demand privacy. 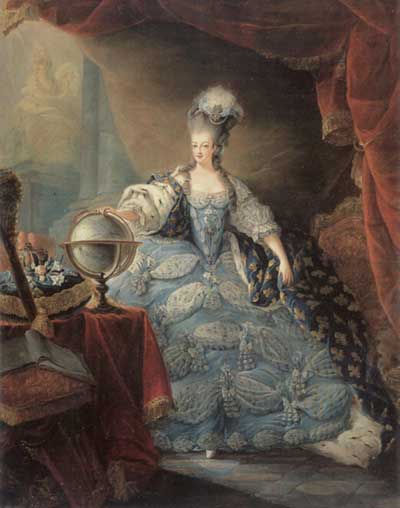 She was definitely not a beauty queen. One of the kindest things the press ever said about Marie Antoinette was that she was, to sum and paraphrase, “unattractive.” She had a large jaw (the Hapsburg jaw) and a rather blotchy complexion. In comparison to the scrawny, starving women of France, her body took on an overtly healthy corpulence near the fatal end of her reign. Perhaps her ostentatious fashion was simply a way to distract her critics. After all, who’s going to be paying attention to your natural features when you have a wig big enough to display an entire navy fleet within its powdered waves?

She would earn a solid C in her French class. While she, like every other well-born child of her day, would have studied the French language since birth, it is said that she never developed a convincing accent, and her writings were often riddled with mistakes in grammar, syntax, and spelling.

France changed her name. Again. In the months between Marie Antoinette’s arrest and execution, her public name took on yet another form. She and her husband were stripped of their royal nomenclature and presented as Louis and Antoinette Capet, a surname dating back to the Capetian dynasty overtaken by the house of Bourbon, Louis’s direct forbears. Thus, the queen took on the mantle of the Widow Capet. The regime would also refuse to speak of her as Marie, so as to strip away any connection to the Virgin Mary.

She loved her Louis. Though their marriage was contrived by their two countries, the middle-aged king and queen loved each other to their dying days. After months of separated imprisonment, Louis promised he would see his beloved wife at eight o’clock on the morning of his execution. The queen countered his offer saying, “Why not seven o’clock?” To which the king agreed. He would not, however, be permitted to make it to that appointment, his final words to her a promise he could not keep. The rest of her days were mired in grief. 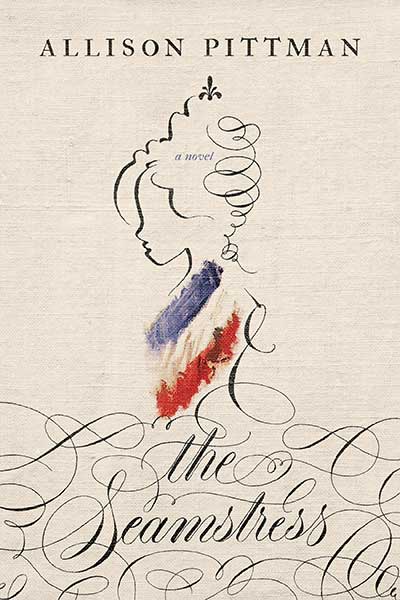 A beautifully crafted story breathes life into the cameo character from the classic novel A Tale of Two Cities.

On a tranquil farm nestled in the French countryside, two orphaned cousins—Renée and Laurette—have been raised under the caring guardianship of young Émile Gagnon, the last of a once-prosperous family. No longer starving girls, Laurette and Renée now spend days tending Gagnon’s sheep, and nights in their cozy loft, whispering secrets and dreams in this time of waning innocence and peace.

Paris groans with a restlessness that can no longer be contained within its city streets. Hunger and hatred fuel her people. Violence seeps into the ornate halls of Versailles. Even Gagnon’s table in the quiet village of Mouton Blanc bears witness to the rumbles of rebellion, where Marcel Moreau embodies its voice and heart.

It is the story that has never been told.

In one night, the best and worst of fate collide. A chance encounter with a fashionable woman will bring Renée’s sewing skills to light and secure a place in the court of Queen Marie Antoinette. An act of reckless passion will throw Laurette into the arms of the increasingly militant Marcel. And Gagnon, steadfast in his faith in God and country, can only watch as those he loves march straight into the heart of the revolution. 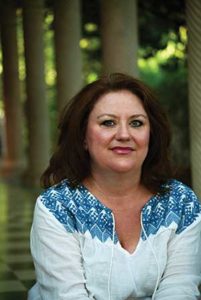 Allison Pittman, author of more than a dozen critically acclaimed novels, is a three-time Christy finalist—twice for her Sister Wife series and once for All for a Story from her take on the Roaring Twenties. She lives in San Antonio, Texas, blissfully sharing an empty nest with her husband, Mike.

You can learn more about Allison HERE.

Our romance-themed entertainment site is on a mission to help you find the best period dramas, romance movies, TV shows, and books. Other topics include Jane Austen, Classic Hollywood, TV Couples, Fairy Tales, Romantic Living, Romanticism, and more. We’re damsels not in distress fighting for the all-new optimistic Romantic Revolution. Join us and subscribe. For more information, see our About, Old-Fashioned Romance 101, Modern Romanticism 101, and Romantic Living 101.
Pin this article to read later! And make sure to follow us on Pinterest.
By The Silver Petticoat Review on February 23rd, 2019