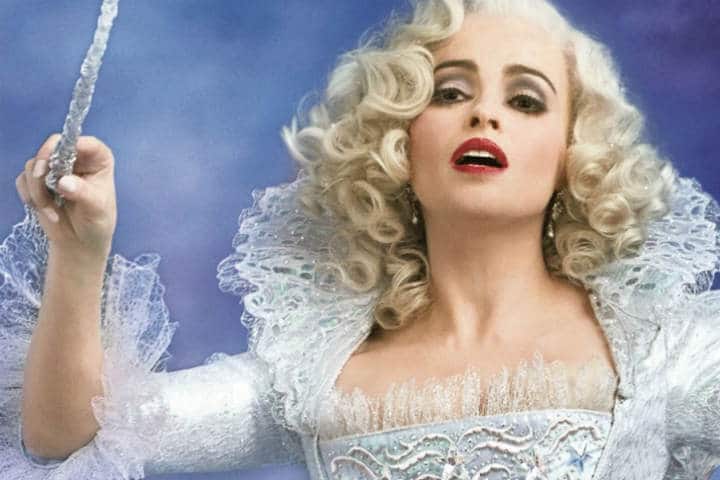 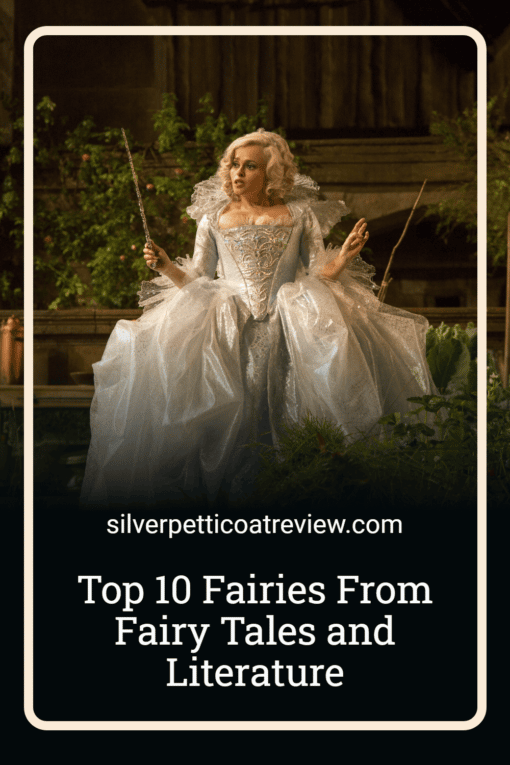 How do you like your fairies?  Fun and sparkly?  Dark and dangerous?  Big?  Small?  Wings?  No wings? Famous fairies have appeared in many guises over the centuries, from oral folklore to literary creations.

In my short story collection Tales from the Hidden Grove, we encounter a fairy milkman with grand ambitions, as well as a more serious tale about what happens when children become too old for Fairyland.

To celebrate the release of Tales from the Hidden Grove, here are ten of my top famous fairies from fairy tales and literature. What are yours?

Cinderella is allegedly the world’s favourite fairy tale, with hundreds of versions around the globe.  Not all feature the fairy godmother, but she is in the version most of us know best and remember from our earliest days, whether from books, film, pantomime, or ballet.

And I’m sure we’ve all thought how wonderful it would be to have a fairy godmother who would suddenly appear to lift us from our life of drudgery with the words: “You shall go to the ball!”

Generally known as the fairy who grants Pinocchio’s wish to become a real boy, provided he can be good.

In Carlo Collodi’s original tale, she first appears as a blue-haired child, then as a mother figure, and finally as ill and frail as an aged parent might be.  It is Pinocchio’s loving care for his mother, the Fairy, and for his father, Geppetto, that finally earns him the right to become a real boy.

I think the reason we all like Tinker Bell is because she is naughty! Drawing on the tradition of the mischievous fairy, JM Barrie makes her insanely jealous of Peter Pan’s affections.

She pulls Wendy’s hair and even tricks Tootles into firing at her.  But she shows her heroic side when she drinks the poison intended for Peter and has children all over the world clapping their hands and saying: “I do believe in fairies!”

Not bad for someone who began their life onstage as just a light and a tinkling bell.

Call her what you will – Maleficent, Carabosse – this is the fairy we learned to dread in our cradles.  Woe betides anyone who fails to send her a party invitation!

And – oh! – that awful moment when she lures our heroine into touching the spindle!  But perhaps she has good reason for her behaviour?

As we will see later, some fairy stories have their roots in myths of ancient goddesses.  And you don’t want to cross one of those!

5.  The Gentleman with the Thistledown Hair (Jonathan Strange & Mr Norrell)

Susanna Clarke drew on a darker, folkloric tradition of fairies when she created her epic tale of Regency magicians at cross purposes.

In human terms, we are told, the nameless fairy at the heart of the tale is barely sane.  He genuinely believes he is doing his victims a good turn by abducting them to join him in endless, dreary balls under the earth.

Wonderfully portrayed by Marc Warren in the TV version, this is a fairy you will never forget.

Also known from the Pre-Raphaelite paintings of Frank Dicksee and John William Waterhouse, this fairy may, in fact, be a Korrigan, a creature from Breton mythology that lures men with her beauty and makes them fall in love with her.

Once they do, they are doomed to die “Alone and palely loitering…On the hill’s cold side.”

I could have chosen Oberon and Titania, the fairy king and queen from Shakespeare’s ever-popular woodland comedy.  But I’ve always had a soft spot for Puck ever since he was played by Robert Sean Leonard in Dead Poets’ Society.

He is another one of those mischievous fairies, delighting in the mix-ups and confused identities he causes but willing to put all right and “restore amends,” as he promises us in the epilogue to the play.

In some tales, Oberon is the child of Morgan le Fay and Julius Caesar.  Morgan takes on many roles and guises in the shifting history of the Arthurian legend.

Some trace her origins to the Irish goddesses Macha and Morrighan.  Is she a goddess, a fairy, or a witch?  Perhaps all three?

Sometimes she is seen initiating quests; at other times, she is a savage figure, representing winter and warfare.  In some tales, she seduces her half-brother Arthur to produce the traitor Mordred.

In others, her sister Morgause performs this role.  Yet it is Morgan le Fay who comes, at last, to ferry Arthur to the faery isle of Avalon.

Anyone who grew up reading Enid Blyton will not easily forget her stories of the Faraway Tree, which has a different land at the top of it every week.

The tree is inhabited by all sorts of eccentric characters: Moonface, the Saucepan Man, Dame Washalot, and the Angry Pixie.  But by far the most sensible character is the fairy Silky, so called because of her long, silky hair.

Along with Moonface, she is a friend to the children who explore the Faraway Tree, helping them get out of trouble.

A mother figure without being a recognisable adult, her good sense counterbalances the erratic behaviour of some of the other characters.

Probably the first (maybe the only) fairy many children hear about, the Tooth Fairy is a rare example of modern-day folklore.

My favourite story about the Tooth Fairy comes from the pen of fairy author and illustrator Shirley Barber.

In this tale, the Tooth Fairy comes to take two children to her home in Cloudland and show them how the fairies plant children’s teeth in the sky, which then grow into gold and silver stars.

About Tales from the Hidden Grove

Elizabeth Hopkinson has had over 60 short fantasy stories published. Now for the first time, 12 of them have been collected in this charming slim volume.

Booksellers and emperors learn to fly, fairies deliver the milk, and horses, knitting needles and the Houses of Parliament are not what they seem.

Sometimes funny, sometimes moving, always imaginative, this book will take you into the magical world of an author Black Pear Press called: “Amongst the finest short story writers in the UK right now. ” This book also contains the previously unpublished “Paper Prince” and a brief “About the Stories” describing the inspiration behind each of them.

Or direct from Lulu.com

Elizabeth has been writing ever since she used to make books out of scrap paper in wet playtimes at school. She has had over 60 short stories published and has won prizes in the James White Award, the Jane Austen Short Story Award, the Historic House contest and the Liars’ League National Gallery Inspiration contest.

Elizabeth describes her writing as, “seeing the magical in the ordinary.” She has loved fairy tales and history since studying English Literature at Leeds University.

She has lived all her life in Bradford, West Yorkshire, UK (home of the Bronte sisters and the Cottingley Fairies) and couldn’t imagine living anywhere else.

Who are your favorite fairies, fairy tale characters, or stories about fairies? Share in the comments below!

By The Silver Petticoat Review on June 8th, 2017