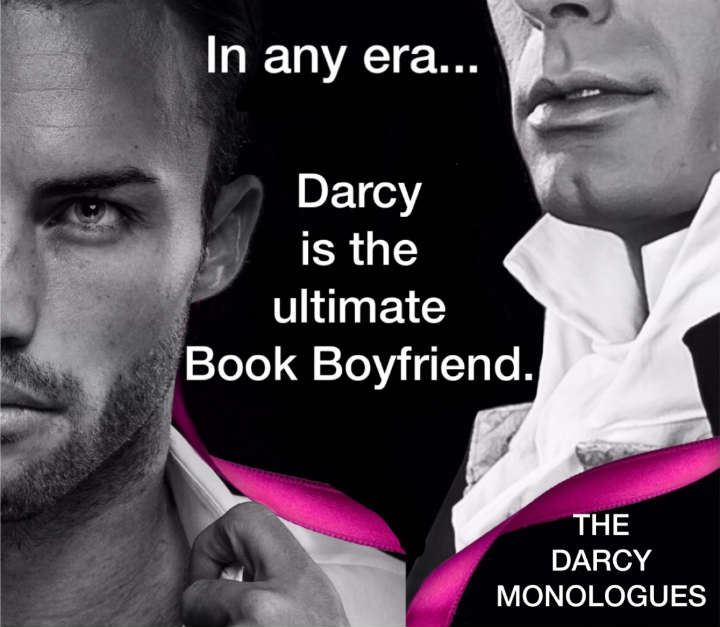 “You must allow me to tell you…”

Mr. Darcy soon drew the attention of the room by his fine, tall person, handsome features, noble mien, and the report, which was in general circulation within five minutes after his entrance, of his having ten thousand a year. —Chapter III.

And that is how Jane Austen first establishes the hero of Pride and Prejudice. With an introduction like that, it’s little wonder he garnered the attention of all of Meryton, as well as every reader. But even in the very next sentence, his proud and haughty manners proved to have turned all goodwill against him.

RELATED 5 Versions, 5 Characters: The Best of Pride and Prejudice in Film and Television

Worse yet, he insulted our heroine Miss Elizabeth Bennet by stating he is “in no humor to give consequence to ladies slighted by other men.” His “arrogance and disdain for the feelings of others” are only amplified when Miss Elizabeth meets Darcy’s boyhood friend, the good-looking and charming George Wickham, who claimed Darcy’s unfair treatment has caused his penury life as a militia soldier.

Since 1813, women have loved Mr. Darcy. My own love affair with the master of Pemberley began when I discovered on-line Jane Austen fan fiction years ago when my now teenagers were toddlers. (I had first met Fitzwilliam Darcy in high school but as a sulking, awkward, querulous teenager, I was more attracted to the angst-filled, melancholy works of Thomas Hardy and Charlotte Bronte and did not appreciate the intricacies of the human condition tucked inside the happily-ever-afters of Jane Austen.)

But back to Darcy… Why do we love him? As Pride and Prejudice is established through Elizabeth Bennet’s fine eyes, how are we to know his mind? How does Darcy progress from “She is tolerable: but not handsome enough to tempt me” to “I thought only of you”? We love Elizabeth because she is unaffected by his wealth—rejecting his first marriage proposal—and eventually falling in love with him notwithstanding the spoils and splendor. Despite the manifold of faults against him—resentful, temper, arrogant, officious—Darcy has estimable qualities that have stood the test of time. Further, I will be bold and state that I believe many of our book boyfriends are essentially Darcy in disguise. Flawed but willing to change.

“Such I was, from eight to eight-and-twenty; and such I might still have been but for you, dearest, loveliest Elizabeth! …You showed me how insufficient were all my pretensions to please a woman worthy of being pleased.” —Chapter LVIII.

In my literature predilection, I have always had a weakness for the rich, powerful, and handsome man who improves for the love of an admirable woman. If I were to create a Venn diagram listing Darcy-like ideal traits—handsome, rich, powerful, cerebral, constant, cool-headed, honest, gallant—you might recognize Darcy in great literary and romantic heroes and film icons like Gilbert Blythe, John Thornton, Edward Cullen, Jamie Fraser, Lloyd Dobler, Jake Ryan, Richard Blaine, Mr. Big, Poldark …

And now for the cream… Despite his faults, Darcy listens without interruption, even when Elizabeth gives him his comeuppance: “As she pronounced these words, Mr. Darcy changed color; but the emotion was short, and he listened without attempting to interrupt her while she continued—” —Chapter XXXIV. That is a rare man in any time!

Even ‘Jane Austen’ in the fictionalized Miss Austen Regrets (BBC, 2008) says, “The only way to get a man like Mr. Darcy is to make him up.” Thank heavens the real Miss Austen created him!

Christina Boyd wears many hats as she is an editor under her own banner The Quill Ink and editor of the soon-to-be published The Darcy Monologues, contributor to Austenprose, and a ceramicist and proprietor of Stir Crazy Mama’s Artworks. A life member of the Jane Austen Society of North America, Christina lives in the wilds of the Pacific Northwest with her dear Mr. B, two busy teenagers, and a retriever named BiBi. Visiting Jane Austen’s England was made possible by her own book boyfriend and movie star crush Henry Cavill when she won a trip to meet him on the London Eye in the spring of 2017…True story.

ABOUT THE DARCY MONOLOGUES

Although Pride and Prejudice has been told from Mr. Darcy’s point-of-view several times over, I have long dreamt of assembling my own dream team of authors that I have either been fortunate to work with and, or have fangirled over for years.

In the romance anthology, The Darcy Monologues, fifteen Austenesque authors have sketched Darcy’s character through a series of original re-imaginings of Miss Austen’s masterpiece, set in the Regency through contemporary times—from faithful narratives to the fanciful. The man himself reveals his intimate thoughts, his passion, and his journey to love—all told with a previously concealed wit and enduring charm.

When my dream team of Austen-inspired authors joined me in creating this collection, I knew I had a singular opportunity to collaborate on this collection of fifteen short stories. Each has written a complete story between 5000-15,000 words, and though all can be considered romance, there are no scenes that I wouldn’t be able to share with my teenage daughter or eighty-year-old mother-in-law. And yet, I am ever amazed how these writers can turn a phrase and turn up the heat. Have your fans handy—and even a few tissues!

The ladies from The Darcy Monologues invite you to spend some quality time inside the head of this enigmatic hero and get to know him on more intimate terms. And as we pay homage to Jane Austen on the bicentennial of her death, it is our hope that these 409 pages help extend the moments with a most beloved character. “It’s your turn to say something now, Mr. Darcy.”