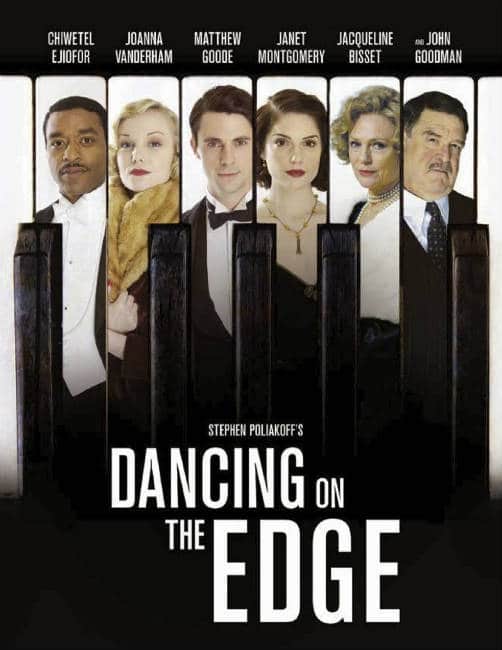 Dancing on the Edge is a co BBC/STARZ period production from writer and director Stephen Poliakoff with an award-winning cast and an intriguing premise set in the 1930s. There’s murder, mystery, racial and class divides, romance and of course lots of memorable jazz music (with 40 original numbers created for the miniseries).

Dancing on the Edge tells the story of Louis Lester (played by the Oscar-nominated actor Chiwetel Ejiofor), and his black jazz band who become rising stars and personal favorites of royalty and aristocratic London, despite the racism of the time.

The Louis Lester Band are discovered by music journalist Stanley, played by the charismatic Matthew Goode, who then becomes determined to see Louis and his band rise to fame and fortune. However, tragedy strikes the band early in their rise and what unfolds is an intriguing mystery that will keep you guessing on who to trust and who not to trust amongst the white, privileged elite of London right till the very end. Fame and fortune after all is mostly smoke and mirrors. 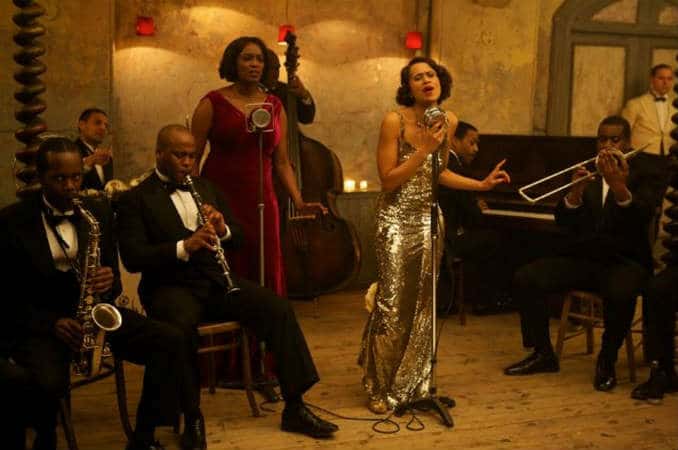 Dancing on the Edge boasts a fantastic cast of actors playing fascinating roles. Besides Ejiofor and Goode (who both steal the show with their memorable performances), is Jacqueline Bisset (in a Golden Globe-winning performance) as Lady Cremone – a reclusive wealthy woman still mourning her sons who died in WWI who takes an interest in Stanley and the band; Angel Coulby (of Merlin fame) as the mysterious lead singer Jessie; Wunmi Mosaku as Jessie’s best friend and backup singer of the group; Joanna Vanderham (The Paradise) as Pamela – a wealthy socialite who falls in love with Stanley; Janet Montgomery as Sarah – a white woman who falls for Louis Lester; Anthony Head (Buffy the Vampire Slayer) as Donaldson – a rich London man who enjoys taking in artistic pet projects; John Goodman as  Masterson – an eccentric and wealthy American businessman who enjoys an entourage around him; Tom Hughes as Julian – Pamela’s troubled brother and assistant to Masterson; and even Jenna Coleman (Doctor Who) as Rosie – Stanley’s ambitious assistant. Every character is layered and believable though you may find yourself trying to figure out (at the same time as Louis) who can be liked and trusted. 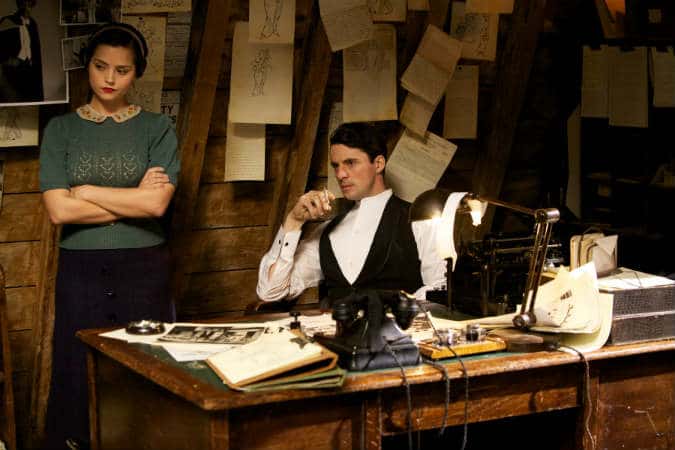 The relationships in the series also help sell the story. From unlikely friendships to even more unlikely romances, there’s a lot to enjoy. And on top of that, the script itself is clever, well researched and at times, innovative. However, some may find the sixth and final episode to be a little too strange to enjoy, but I rather liked it. The story and mystery wraps up by the end of the 5th episode, so if the last episode isn’t to your taste (though I say wait it out) you can easily skip and not miss any major plot developments. It really is all for characterization, while introducing a new mystery as well.

Overall, Dancing on the Edge is an engaging period drama with a charismatic cast, memorable characters, and a wonderful script. Plus, there’s also wonderful, original music to appreciate. I recommend it to anyone who enjoys thought-provoking dramas and historical fiction. The miniseries is available on Netflix.

Content Note: There are a few sex scenes, but not many and are easy to skip over if you prefer cleaner content. Also, there are a couple scenes that briefly use the F word.

Have you seen Dancing on the Edge? What are your thoughts on this series?

Our romance-themed entertainment site is on a mission to help you find the best period dramas, romance movies, TV shows, and books. Other topics include Jane Austen, Classic Hollywood, TV Couples, Fairy Tales, Romantic Living, Romanticism, and more. We’re damsels not in distress fighting for the all-new optimistic Romantic Revolution. Join us and subscribe. For more information, see our About, Old-Fashioned Romance 101, Modern Romanticism 101, and Romantic Living 101.
Pin this article to read later! And make sure to follow us on Pinterest.
By Amber Topping on August 25th, 2015