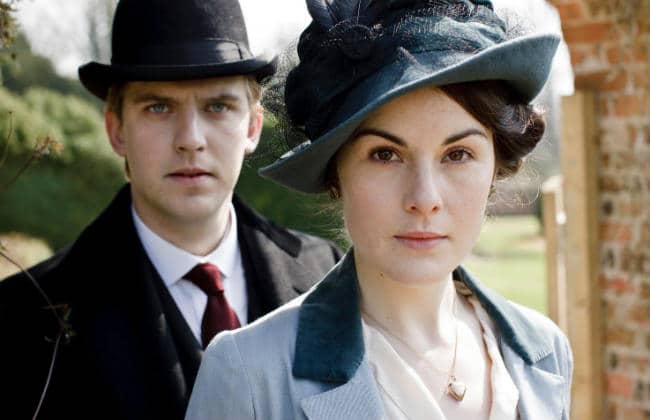 THE MOMENT: The Proposal

Amid the ups and downs of this six-season series, I don’t think there were many fans that didn’t root for the primary love story of Lady Mary and Matthew Crawley. Even through the convenient obstacles that were placed in their lives or the separations, there was something magnificent about these two together. Mary is the epitome of a proper British lady right down to her stiff upper lip and because of that, she isn’t the most popular character on the show.

Then along came Matthew, a distant Crawley cousin who suddenly became the family estate’s only heir. From that first meeting, I think nearly every fan would admit they were head over heels for the compassionate, blue-eyed British gentleman. Matthew brought out the best in Mary; he knew how to elicit the best response and find the best part of her heart. Theirs was a kind of “epic” love story we forgive clichés for.

The love they had for one another survived Mary breaking his heart, secrets and fiancés, unspoken words and a World War. The writers did everything they could to delay what loyal fans knew was inevitable between these two. Never was there a truer love meant to be – especially on this show.

The Lead In: Mary and Matthew

The series of events that led up to today’s moment are many. There are close calls that nearly separate them for good including a brush with death, but ultimately fate is kind. Matthew and Mary are reunited. But there is still one small obstacle. As Mary begins to hope again – hope that Matthew might be willing to give them a second chance, she worries over the one thing she has kept carefully hidden. Her secret. The death of a one-night paramour in her bed hangs over her head. Against the better advice of her grandmother, Mary takes a risk, she must tell Matthew. It’ll either seal her fate forever or bring her closer than ever to the only man she has ever loved…

At the Crawley’s servants ball, Mary and Matthew are sharing a dance post-Mary confessing her secret to Matthew. A secret that he took in with some surprise and silence and neither one of them has spoken of it since. Following their dance, Matthew asks her about her plans to head to America (a necessity to protect her secret which a powerful newspaper owner learned). 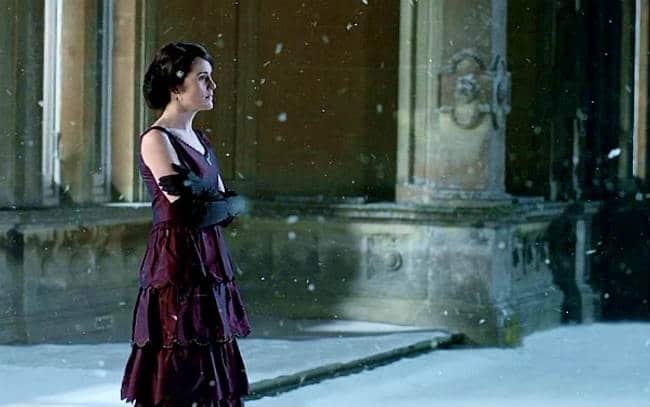 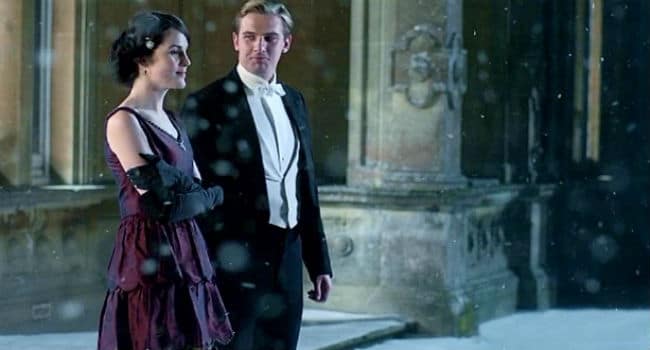 Walking outside, Matthew finds a shivering Mary standing out in the cold. With hope, Matthew speaks the words long overdue. “Would you stay? If I asked you to?”

With her calm sophistication, Mary replies, “Oh, Matthew, you don’t mean that.” Continuing she says, “You know yourself we carry more luggage than the porters at King’s Cross!” 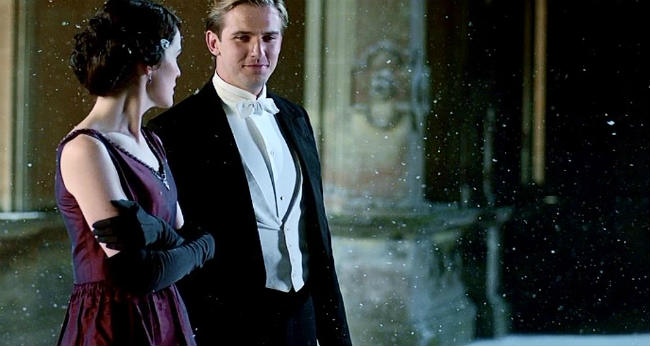 This causes a smile to pass over Matthew’s face as he likely remembers some of the moments of their past and ignores Mary’s continued bid to make a case against them being together. In answer to her worry, that every fight between them would trace back to her past dalliance, his reply is simple: “No.”

With expectation, she turns to him and tentatively asks, “You mean you’ve forgiven me?” 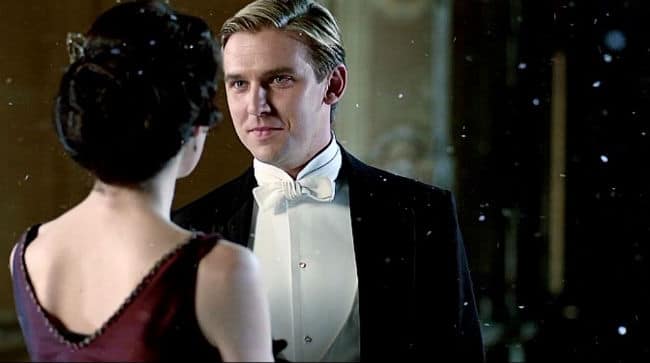 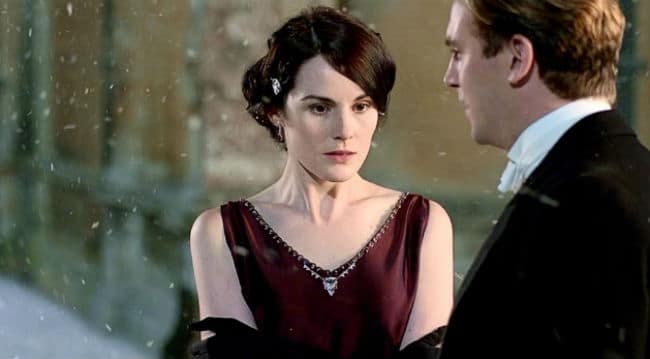 “No, I haven’t forgiven you.” Cutting off Mary’s crestfallen face and attempts to put an end to the matter, he continues. “I haven’t forgiven you because I don’t believe you need my forgiveness. You’ve lived your life and I’ve lived mine.” Though he’s made his case amply, Matthew continues with words never truer. “And now it’s time we lived them together.” 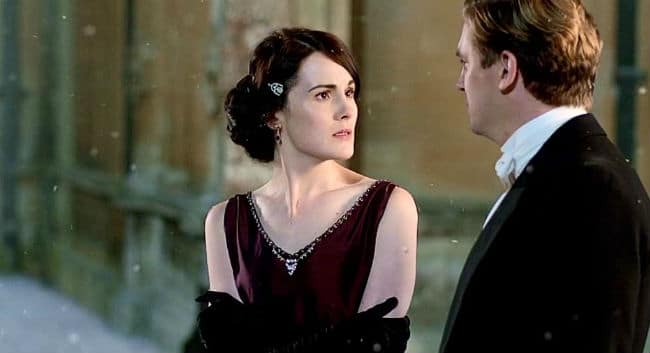 Hesitating still because of Matthew’s recent loss (of his fiancé) and her feelings of inadequacy, she asks one last thing of him. “We’ve been on the edge of this so many times, Matthew. Please don’t take me there again unless you’re sure.”

With confidence, he replies. “I am sure.” 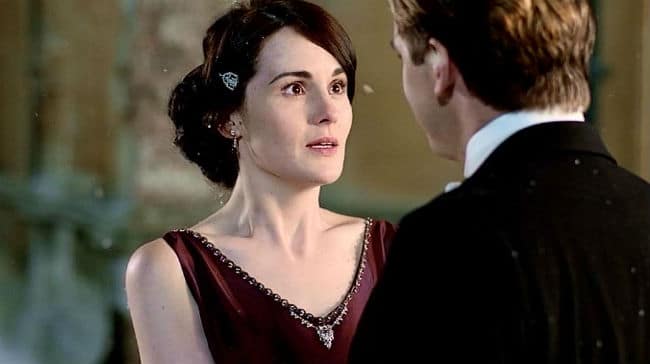 A rare kind of unguarded joy passes over Mary’s face at this confession. 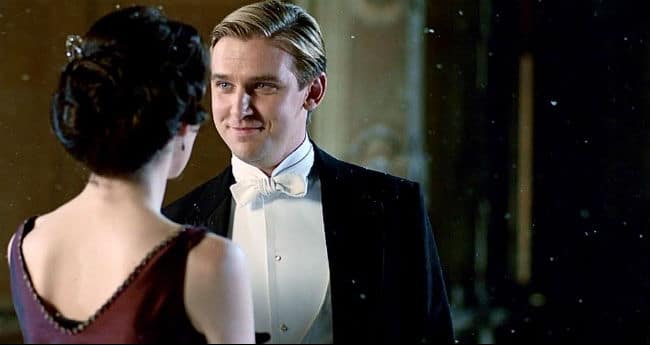 Remembering his fiancé as they both agree she wouldn’t wish them to be sad, Matthew simply says this, “Then will you?”

“You must say it properly” is Mary’s smart reply which delays the inevitable a moment longer. Continuing she says, “I won’t answer unless you kneel down and everything.” 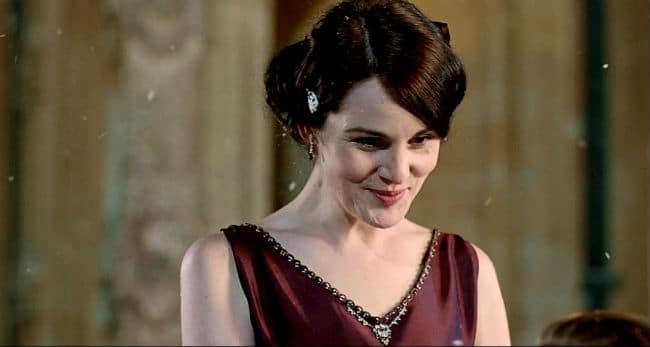 The words Mary needed to hear come next as Matthew exhales in mock frustration with his beloved. Instead, with a smile of expectation, he bends down on one knee and seems to understand Mary’s “demand” jinxing his proposal. “Lady Mary Crawley, will you do me the honor of becoming my wife?” 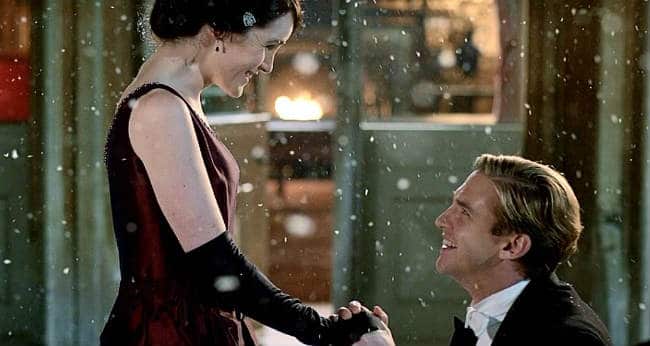 The reply Matthew has long since wished spoken arrives in quick succession. A joyful “Yes!” is exclaimed as Mary is crushed against Matthew in an embrace. 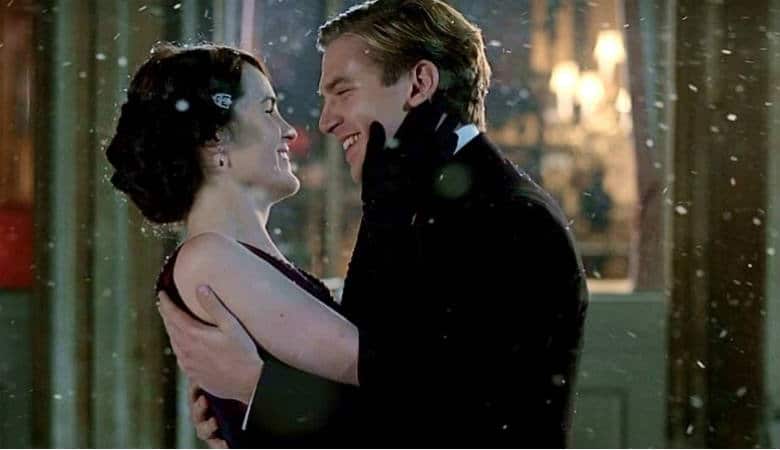 As a gentle snowfall falls from the darkened night sky, the couple shares a kiss, sealing their troth to one another. The picture perfect image of Matthew twirling Mary around in the snowfall continues as the camera pans out closing out what truly was, a beautiful moment ending one chapter on one of the television’s most beloved romances.

What are your favorite Mary and Matthew moments? How did you see their romance? Comment down below with your thoughts on this epic love story.

Our romance-themed entertainment site is on a mission to help you find the best period dramas, romance movies, TV shows, and books. Other topics include Jane Austen, Classic Hollywood, TV Couples, Fairy Tales, Romantic Living, Romanticism, and more. We’re damsels not in distress fighting for the all-new optimistic Romantic Revolution. Join us and subscribe. For more information, see our About, Old-Fashioned Romance 101, Modern Romanticism 101, and Romantic Living 101.
Pin this article to read later! And make sure to follow us on Pinterest.
By Rissi JC on December 19th, 2015