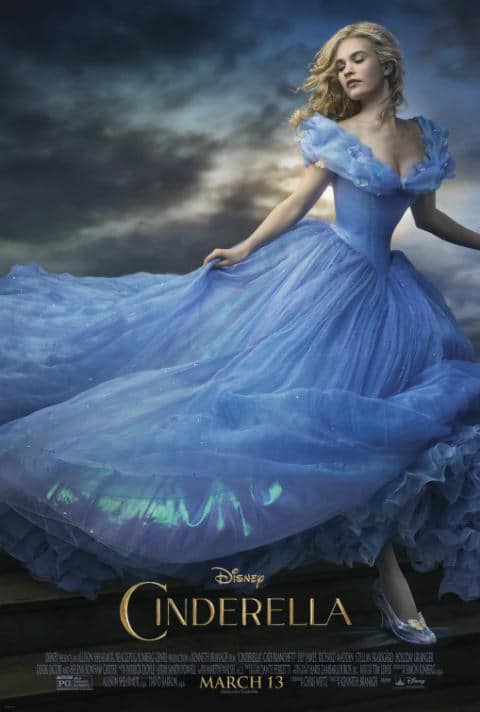 Our childhood memories are bursting with magical tales thanks to the imagination of one man who created a mouse that had the friendliest face you’ve ever seen. One of those specific memories is tied to the 1950 animated film Cinderella, where a glass slipper became the catalyst for a prince reuniting with his true love. Fifty some years, the little girl in us is still enchanted by that very same story. For the contemporary age, Disney is again prepared to captivate us with magical pumpkins and a handsome prince in their live-action re-imagining of Cinderella.

Memories of magical days in the meadow and sunshine with her mother (Haley Atwell) are all young Ella has left of the happy days. Her mother died when Ella was a young girl leaving her daughter in the care of her brokenhearted father. Years pass and Ella (Lily James) grows into a beautiful young woman, and in time her father remarries a woman he believes to be a respectable choice. But tragedy strikes their home again, and soon thereafter he too dies. Ella’s conniving Stepmother (Cate Blanchett) is determined to make Ella’s life miserable, and along with her two daughters Drisella and Anastasia (Sophie McShera, Holliday Grainger), the three treat her little better than a servant. But things are about to change after a chance meeting with the handsome Kit (Richard Madden) who is so much more than Ella ever imagined him to be. 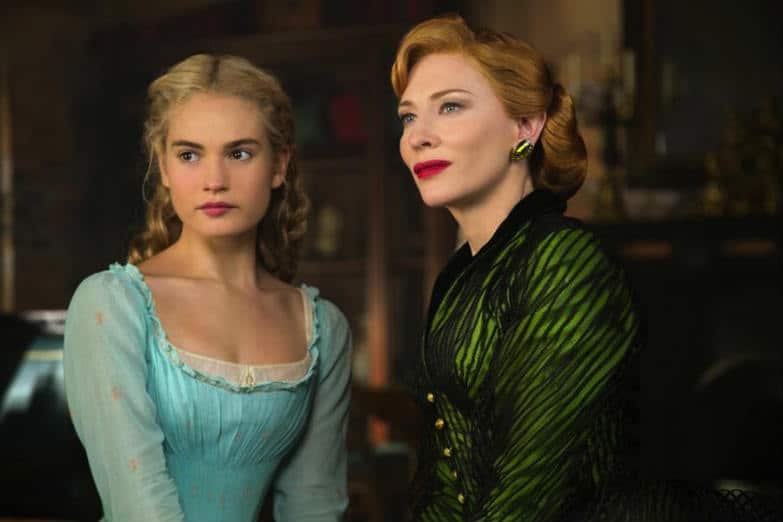 There is something to be said about a stylishly fashioned fairy tale, because who among us doesn’t enjoy one when it’s this good? Many high hopes were hedged on this remake being all it could be and then some, and under the direction of Kenneth Branagh (Thor, Much Ado about Nothing), Cinderella lives up to those expectations. Disney has artistically re-imagined their interpretation of a classic fable in a beautifully engaging way. From every small aspect, nothing is beneath attention. You’ll recognize many iconic throwbacks to the animated film (a pink dress torn, Ella’s friend “Gus”) while also creating more depth with a script that gives its characters much better characterization. 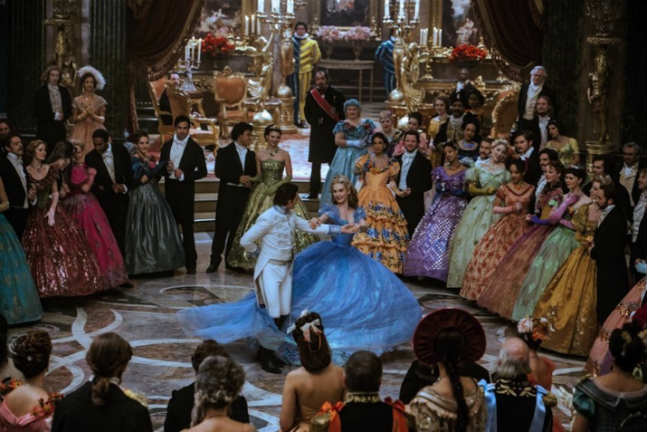 The costumes were also a wonderful spectacle. It’s obvious from the first moments of the film that there are modern influences in the style and costuming, but nothing so out-of-place that moviegoers will find it outlandishly ridiculous. In fact, it reminded me of the style Mirror Mirror was done in and benefits greatly from the talents of costume designer Sandy Powell (The Young Victoria, The Other Boleyn Girl). Ella’s classical blue ball gown is perhaps the most gorgeous ensemble – it shimmers and moves with a lovely motion. In full costume, actress Lily James does indeed look the perfect Cinderella. The colors are vibrant and help make the film “pop” with more personality. The ball, however, is what the designers made most extravagant, and it’s ever so striking. It will invite you not only into an intimate love story being told (the waltz is absolutely breathtaking), but also a scene bursting with magical potential.

Enchanting as it is, what’s so special about this film might not be the world it shares, but rather that it has a message to impart. Without giving away too much, it strengthens Ella as a heroine who is more than a victim of her circumstances. She takes to heart her mother’s lessons to always be kind and have courage, taking nothing for granted. It offers a romance that is accepted no matter social status (and looks beyond skin deep beauty) and despite what she could inflict on Lady Tremaine, Ella leaves her with kindness and words of forgiveness. All around, what really stands out as an improvement is the story showcasing Ella and Prince Kit, which means that the chemistry between them had more of a pulse and emerges to be far more believable. 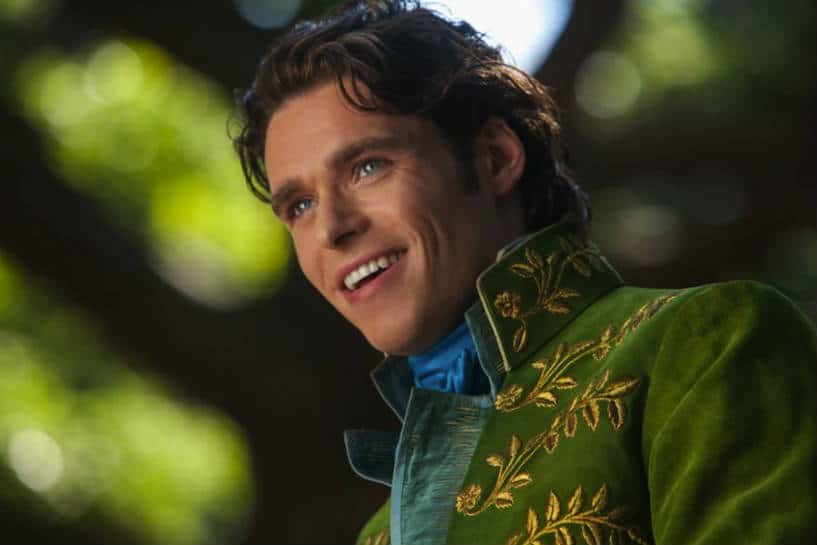 In the end, this is a delightful film for anyone looking to be swept up in a romantic fairy tale. There aren’t a lot of new twists, but a few work their way into the script and the characterization (including Richard’s interpretation of the Prince) is such an improvement, I didn’t mind seeing the same story again. The acting is also quite brilliant with Lily of Downton Abbey fame playing a wonderful Cinderella. Plus, Richard was oh-so-much more swoon-y than I expected. Disney has captured the imagination yet again with this marvelous film. It’s a Midnight I didn’t want the clock to strike.

Have you seen this movie? What did you think? Did you like the cast? Cinderella and Kit’s scenes? I’d love to know. Share your impressions down below!

Our romance-themed entertainment site is on a mission to help you find the best period dramas, romance movies, TV shows, and books. Other topics include Jane Austen, Classic Hollywood, TV Couples, Fairy Tales, Romantic Living, Romanticism, and more. We’re damsels not in distress fighting for the all-new optimistic Romantic Revolution. Join us and subscribe. For more information, see our About, Old-Fashioned Romance 101, Modern Romanticism 101, and Romantic Living 101.
Pin this article to read later! And make sure to follow us on Pinterest.
By Rissi JC on March 16th, 2015