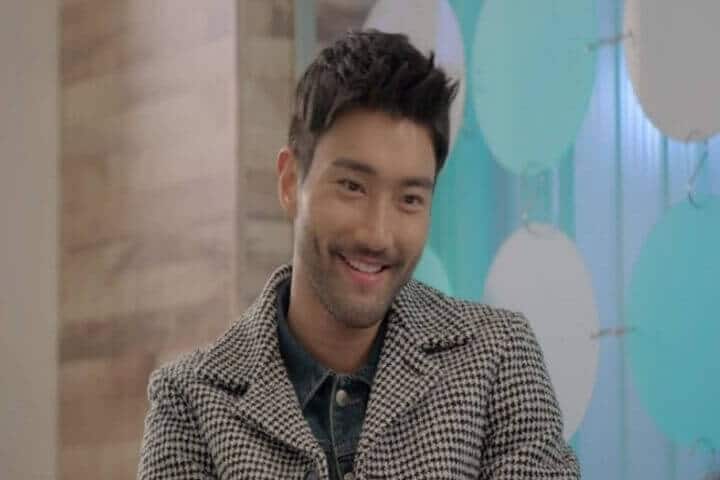 I never rooted for a K-Drama second lead as hard as I did for Choi Si-Won’s character in She Was Pretty. I found this romantic comedy after seeing the lead actor, Park Seo-Joon, in the historical drama Hwarang. This show is about Hye-Jin, a once beautiful girl who goes to work at a fashion magazine and ends up caught between Sung-Joon, her childhood love (who doesn’t recognize her) and a new friend, Shin-Hyuk (played by Choi Si-Won) who sees past her appearance. Surprisingly, it wasn’t Seo-Joon that captured my heart, but the second-lead, played by Choi Si-Won. If the first photo alone isn’t enough to convince you to watch this gem of a show, I’m going to highlight five times Choi Si-Won melts our hearts as the perfect K-Drama gentleman.

Related | Hwarang TV Review: Why You Should Check Out This Period K-Drama

SPOILERS! If you haven’t already seen She Was Pretty—first, you don’t know what you’re missing! This delightful K-Drama classic has it all: humor, romance, piggyback rides, and mystery identities. Second, this list gives away some major plot points.

(In Order of Episodes)

The first thing we notice about Shin-Hyuk’s character is his sense of humor. He is energetic, charming, and goofy. Hye-Jin and Shin-Hyuk’s friendship starts out as an older brother (orabeoni) and younger sister (dongsaeng) relationship and he makes it his personal mission to pest her endlessly. One day, when she notices the sky is especially beautiful and goes to take a photo, Shin-Hyuk scampers over blowing a big bubble of gum in the middle of her photo. 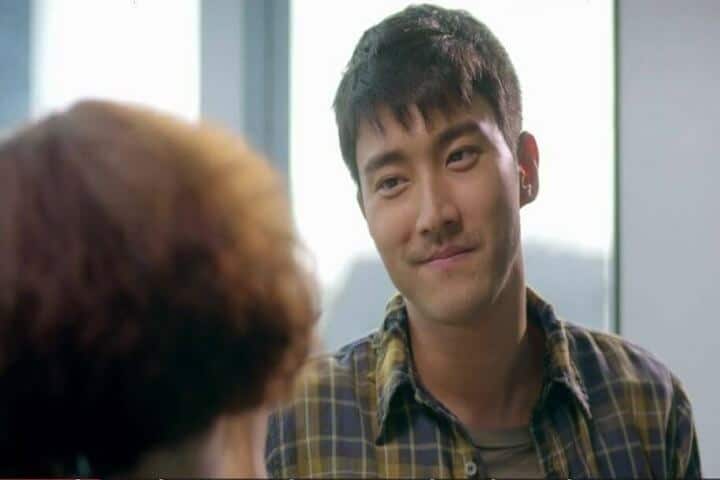 When Hye-Jin remarks how pretty the sky looks, he looks at her with a smile and says “Yes. It is pretty.” Aww. My heart just melted a bit. Or a lot.

Throughout the show, Shin-Hyuk goes above and beyond for Hye-Jin. When she calls him, asking if he could drop off medicine for Sung-Joon, he begrudgingly agrees. He makes sure to emphasize it’s only because she’s his dongsaeng. 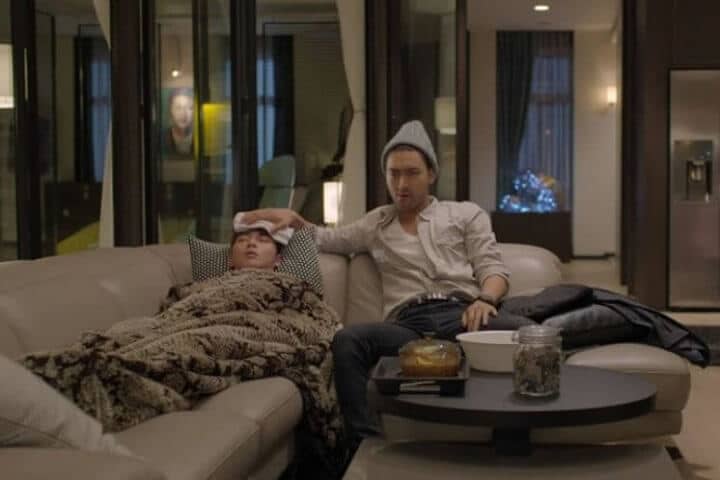 Not only is seeing a concerned Si-Won mothering over Sung-Joon amusing, we also see Shin-Hyuk slowly reveal a compassionate heart underneath all that teasing. Also, this is just one of many hilarious bromance moments between these two actors.

Despite his outgoing personality, Shin-Hyuk can also be adorably shy, as he is when he confesses his feelings for Hye-Jin.

Later, when he sees Sung-Joon with another woman over her shoulder, he keeps her feelings from getting hurt by distracting her the only way a perfect K-Drama gentleman can—by sweeping her into a tender back hug. 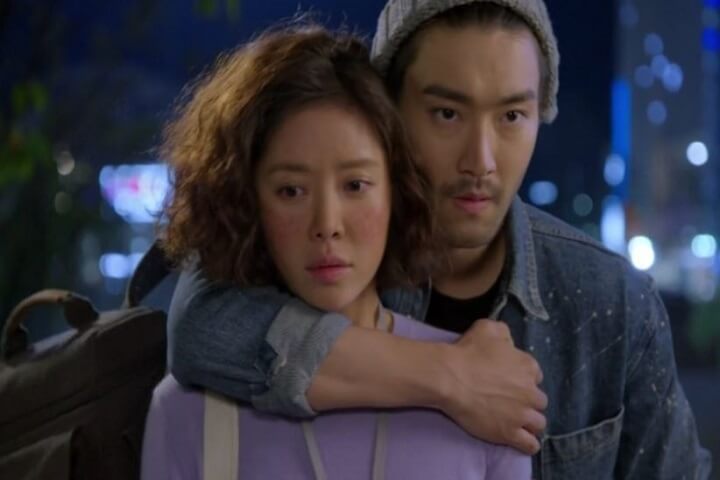 My heart has officially melted into a puddle.

#4 A Kind Heart with Freckles (Episode 9)

Shin-Hyuk proves to be even more of a sweetheart when he sees Hye-Jin’s new look. In shock, he asks her where her freckles went, insisting he misses her best feature. Shin-Hyuk likes Hye-Jin for herself, not for her looks—a refreshing breath of classic romance in a world that emphasizes appearance. Shin-Hyuk thinks Hye-Jin’s frizzy hair and freckles are beautiful because they are hers, just like her kindness to others, which he has seen over time. 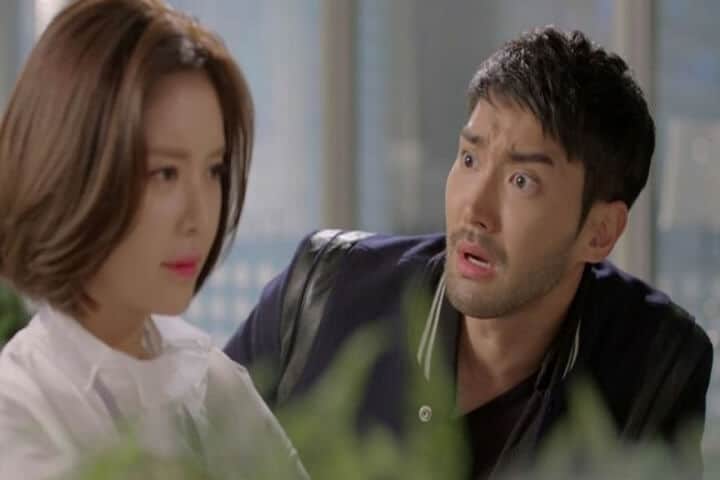 #5 A Knight on His Noble Motorcycle (Episode 10)

Even though Shin-Hyuk doesn’t express his love for Hye-Jin in so many words, his actions speak volumes. When Shin-Hyuk drops everything and races out into a torrential thunderstorm on his motorcycle to protect Hye-Jin, we see how deeply he cares about her. 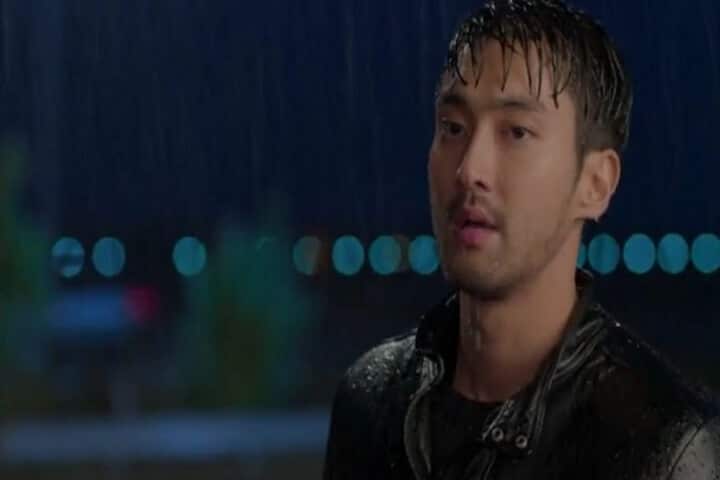 A heart-wrenching scene, he is crestfallen when he sees Hye-Jin already with Sung-Joon. As he turns to walk away, we see he crashed his motorcycle on the slick roads in his effort to get to her.

Related | Romantic Rain Scenes – 12 Moments That Will Make You Swoon

If these moments aren’t enough to melt our hearts, Choi Si-Won sings his own OST for the show, “Only You.” A K-Drama lead who’s funny, caring, a writer, and who can sing? Watch Choi Si-Won in She Was Pretty on Kocowa and Viki.

Did you find yourself falling for Choi Si-Won? Do you have any other favorite Shin-Hyuk moments? Let me know in the comments!