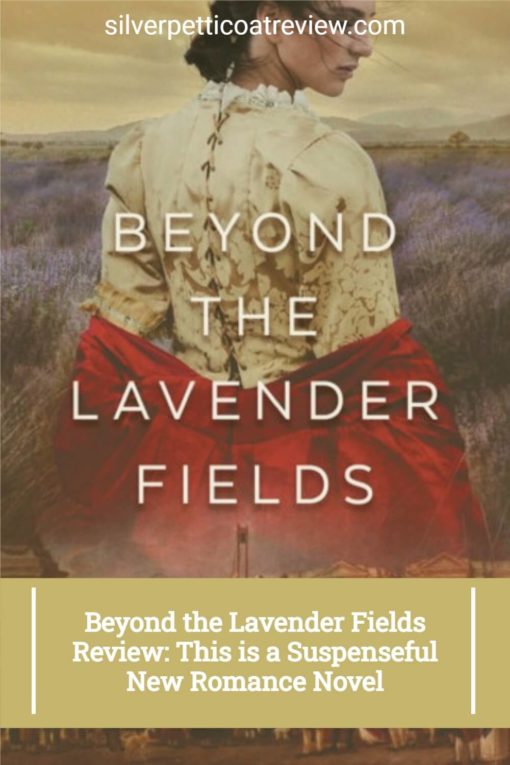 Disclosure: I received a free copy of Beyond the Lavender Fields from the publisher via NetGalley. All opinions in the book review are my own.

OFFICIAL SYNOPSIS OF BEYOND THE LAVENDER FIELDS

Rumors of revolution in Paris swirl in Marseille, a bustling port city in southern France. Gilles Étienne, a clerk at the local soap factory, thrives on the news. Committed to the cause of equality, liberty, and brotherhood, he and his friends plan to march to Paris to dethrone the monarchy. His plans are halted when he meets Marie-Caroline Daubin, the beautiful daughter of the owner of the factory.

A bourgeoise and a royalist, Marie-Caroline has been called home to Marseille to escape the unrest in Paris. She rebuffs Gilles’s efforts to charm her and boldly expresses her view that violently imposed freedom is not really freedom for all. As Marie-Caroline takes risks to follow her beliefs, Gilles catches her in a dangerous secret that could cost her and her family their lives. As Gilles and Marie-Caroline spend more time together, she questions her initial assumptions about Gilles and realizes that per-haps they have more in common than she thought.

As the spirit of revolution descends on Marseille, people are killed and buildings are ransacked and burned to the ground. Gilles must choose between supporting the political change he believes in and protecting those he loves. And Marie-Caroline must battle between standing up for what she feels is right and risking her family’s safety. With their lives and their nation in turmoil, both Gilles and Marie-Caroline wonder if a révolutionnaire and a royaliste can really be together in a world that forces people to choose sides.

BEYOND THE LAVENDER FIELDS REVIEW

Beyond the Lavender Fields is a timely historical fiction novel about enemies to lovers amid the French Revolution. One a Jacobin, the other a Royalist, can they find a way to be together despite their differing political beliefs – especially in such tumultuous times?

The rich, captivating novel is full of well-researched historical details, lots of action, and a sweet love story.

Beyond the Lavender Fields is set in 1792, Marseille, when Gilles Étienne, a Jacobin, meets the royalist, Marie-Caroline (the daughter of his boss). While he attempts to woo her from the start, she haughtily rejects his attentions.

RELATED: 20 Period Dramas About the French Revolution to Watch

Meanwhile, Gilles and the other Jacobins plan to overturn the monarchy and destroy Catholicism in Marseille. But Marie-Caroline has other ideas. She’s a faithful Catholic who longs for a world of peace.

As Gilles and Marie-Caroline become closer, they both begin to question their initial assumptions about each other. But when he discovers she has a dangerous secret, will he support his revolutionary cause or protect the woman he loves?

Ahhh … The love story! The French Revolution is the perfect backdrop for a star-crossed romance. And the romance was believable and passionate between Gilles and Marie-Caroline.

Now, the two did feel a bit young at times because of their kissing flirtations, but I still think this book will appeal to a broad range of ages. However, it should also appeal to teens.

There were moments of tension with some lovely scenes, and I enjoyed how it all played out. Ultimately, readers should be pleased with the story’s climax and ending.

Arlem Hawks’ newest historical romance novel (she previously wrote the excellent book, Georgana’s Secret) exceeds expectations as a great read! It is definitely something I recommend for those who enjoy historical fiction and wholesome love stories.

RELATED: Jane And The Year Without A Summer: This New Book Is A Lovely, Romantic Read

Where Hawks excels as a writer is with suspense. Once you get to the story’s action (a little more than halfway), you can’t put it down. Sure, the book begins a little slow. But it does pick up its pace, so keep on reading!

Overall, Beyond the Lavender Fields is an entertaining read that will transport you into the center of the French Revolution, all leading to a brilliant, suspenseful climax.

Beyond the Lavender Fields would make a fun period drama on streaming – perhaps on Netflix.

Content Note: The romance is wholesome and sweet, with nothing more than kissing. A few violent moments and discussion of the revolution give everything else a PG/PG-13 feel. Nothing graphic.

Have you read Arlem Hawks’ previous novel, Georgana’s Secret? Do you plan on rating Beyond the Lavender Fields? If you’ve read it, do you agree with our review? Let us know in the comments!

MORE ABOUT BEYOND THE LAVENDER FIELDS BY ARLEM HAWKS

ARLEM HAWKS began making up stories before she could write. Living all over the western United States and traveling around the world gave her a love of cultures and people and the stories they have to tell. She has a bachelor’s degree in communications, with an emphasis in print journalism, and she lives in Arizona with her husband three children.