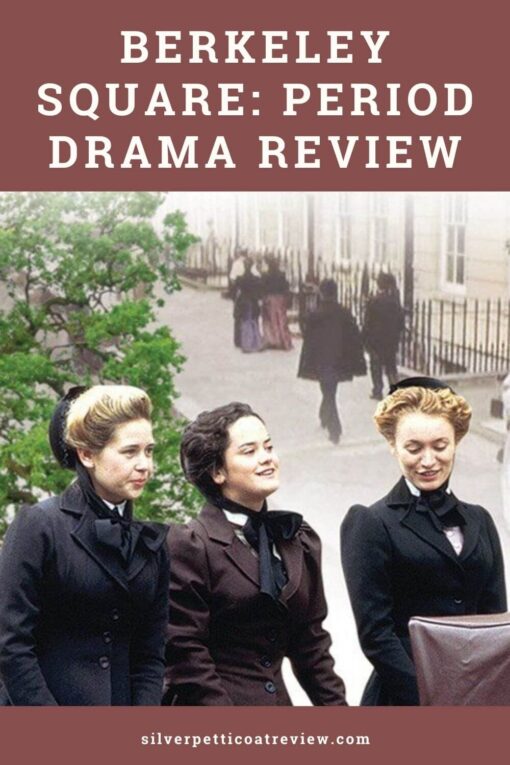 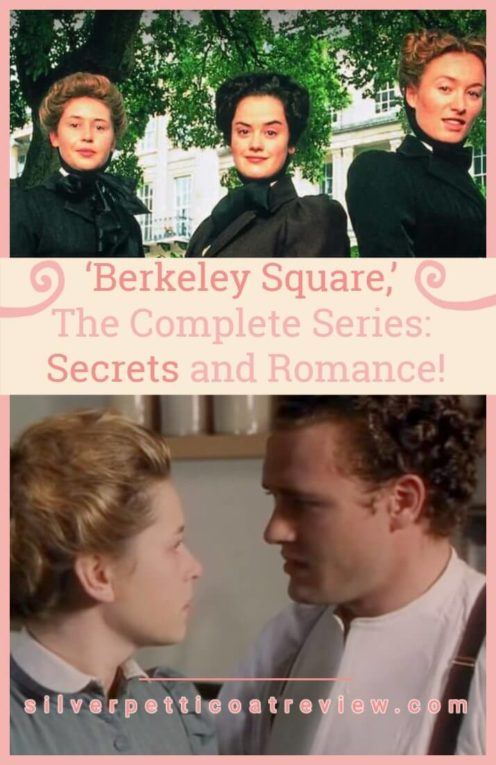 One of these women is Matilda ‘Matty’ Wickham (Clare Wilkie), a straight-arrow following the rules. The St. John family newly employs Matty. Victoria St. John (Hermione Norris) is a woman bored with her husband, and to fill the void, she sets her sights on winning the attention of the charming Captain Mason (William Scott-Masson).

Elsewhere, Hannah Randall (Victoria Smurfit) is desperate to find employment, while also keeping the secret that would remove her from polite society. She is hired as a nanny to the Hutchinson family, where dark secrets lead to tragedy.

I likely never watched this series before because it never earned a second series pickup. But in these ten hour-long installments, a cohesive and extraordinary story of vignettes unfolds. Though the production quality is notably dated, the most important things are intact. It tugs on my heartstrings, and each story draws you in, keeping you engaged.

Though I know little of the cast, everyone is impressive. Victoria Smurfit is also from Ivanhoe and went on to star in TV shows like Dracula, Marcella, and Once Upon a Time. Hermione Norris also has several TV shows to her name.

RELATED | ‘OPHELIA’ REVIEW: THIS IS WHAT HAPPENS WHEN ‘HAMLET’ IS TOLD FROM THE FEMALE PERSPECTIVE

Kate Williams and Rosemary Leach also appear, and then a young Jason O’Mara co-stars in a prominent role as a man trying to hide from a mistake. Whether or not you recognize names and faces, everyone does their character justice.

Each of the three women (Matty, Lydia, and Hannah) has a different story unique to only them, and I appreciate this. The introduction of each thread could have had a better set up. The beginnings seem hurried, almost as if we’re in the middle of a story. But once the plot comes together, any unpleasant pacing vanishes.

But then episode six arrives, and everything begins to fall apart; each of the narratives has some form of a secret. These secrets increase the sense of foreboding as we hold our breath and root for those we love to find happiness.

To sum it up, this is quality storytelling with heart-melting connections; solid friendships that you see grow; plights of children that will break your heart because of the neglect they suffer; and to complete everything, yes, there is a romance that will make you swoon.

If you like any of the older, classic BBC productions, you’ll enjoy Berkeley Square. There’s plenty of charm, and pretty costumes, quiet moments of contemplation, and characters to cheer on. The only caution is there isn’t a second series, and some things are left without a solid resolution. Still, this shouldn’t stop us from enjoying another stellar period drama.

Content Note: There’s an extramarital affair (non-graphic), and the implication of two children born out of wedlock. A man is shot, and there may be some other minor instances of innuendo. Nothing ever becomes graphic.

Where to Watch: Unfortunately, this series isn’t widely available. You can find it on DVD on Amazon in various regions, or a low-quality version of it is available on Youtube.

Have you seen this Berkeley Square series? What’s your favorite story/plot/character? (I love all the girls!) How would you write the rest of their stories? Would you like to see this one? Comment all of your thoughts down below.

1 thought on “‘Berkeley Square,’ The Complete Series: Secrets and Romance!”