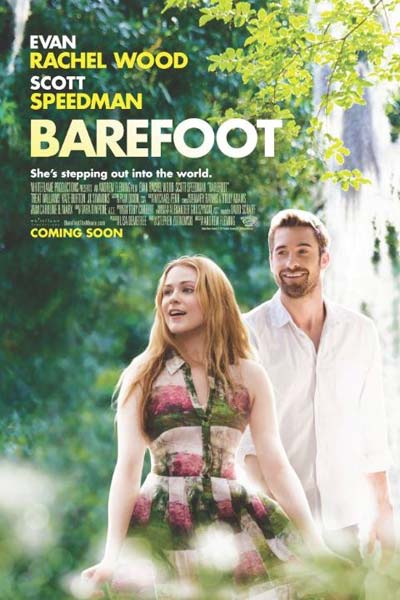 Jay Wheeler (the adorable Scott Speedman) is not your typical leading man (at least for a romantic comedy anyway). He’s a gambler, a womanizer, irresponsible, and he’s on probation. This probation forces him to work as a janitor at a mental hospital, a place where he befriends the patients rather than the doctors and nurses. It is quite the fall for Jay, considering his family is extremely wealthy. So, when he ends up owing a bookie 35,000 dollars, he feels has no alternative left but to return home with a “steady” girlfriend in order to look like he’s become more responsible. Jay’s main problem is that he doesn’t have a girlfriend, considering he spends most of his time in strip clubs.

Enter Daisy (Evan Rachel Wood), a naïve mental patient who has spent her entire life in isolation thanks to her insane mother (locked away in her “tower” for the fairy tale comparison). After Jay saves Daisy from being raped in the hospital, she follows him outside and escapes. Not knowing what to do with her (bearing in mind how innocent and sheltered from the world she is), Jay decides to take Daisy to his brother’s wedding and masquerade as a happy couple. But with Daisy’s naivety and pure simplicity, how long will it take for his family to figure out the façade? 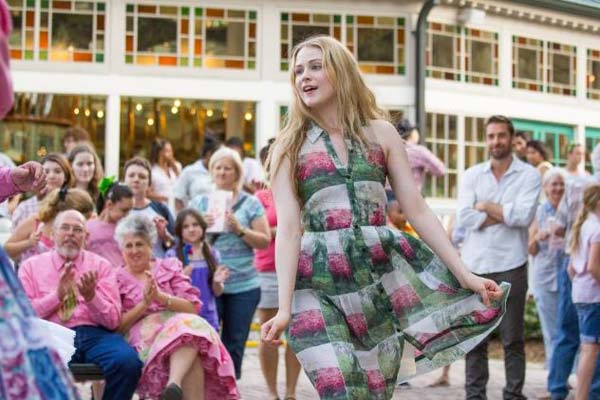 Part Tangled and part romantic comedy, Barefoot makes for an enjoyable movie experience. For Felicity and Ben fans, you will enjoy seeing Speedman in his element, once again becoming a tortured bad boy (sort of) with a compassionate heart underneath. His character should be unlikable, but Speedman knows how to play these parts flawlessly. I believed Daisy could fall for Jay despite his major flaws.

Another reason this romance is so enjoyable, is the innocent quality to the story. Because of Daisy’s isolation (she isn’t really crazy), you feel for her desire to just be loved by someone in a wholesome kind of, non-sexual way. Sure, I do believe they should have lessened Daisy’s childishness just a smidge (so as not to be borderline creepy), but because the love story remains clean, the romance still feels earned. The romance feels pure in a beautiful, yet lonely fairy tale kind of way. Daisy comes across as a beautiful princess (who likes to be barefoot) just entering into the real world after years of being held captive by a terrible darkness (in her case, a mother). 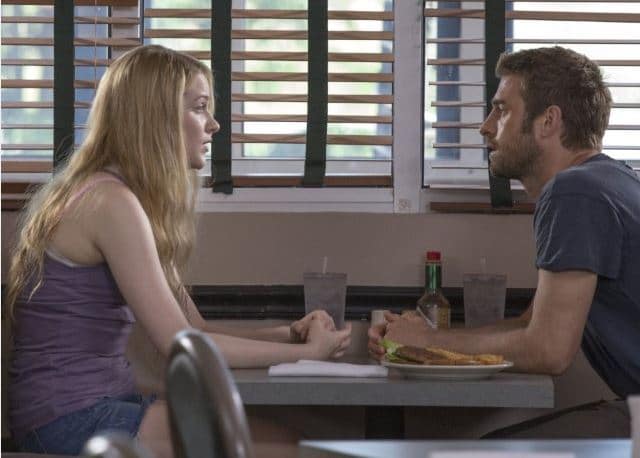 Overall, the writing and directing all come together nicely for this small film, but it is the performances that truly stand out. From Speedman’s irresponsible likability, Evan Rachel Wood’s perfect persona of goodness, to the excellent side players including Treat Williams, J.K. Simmons, and Kate Burton, you really do feel like the filmmakers found the perfect cast. While enjoyable and quite romantic, the movie is not without its flaws. As I mentioned before, Daisy’s childishness should have been toned down a little. Daisy and Jay’s escapade with his father’s expensive motor home (Jay steals it) almost feels slightly unbelievable in that the two could escape the law for so long. Also, Jay’s solution to his money problem in the end is a little too easy. Nevertheless, if you ignore these details, Barefoot as a whole is romantic, sweet, and fun to watch. If you’re looking for a romance to pick from Netflix, this is a great choice!

Want another Indie Romance? See our Review of Not Another Happy Ending

Our romance-themed entertainment site is on a mission to help you find the best period dramas, romance movies, TV shows, and books. Other topics include Jane Austen, Classic Hollywood, TV Couples, Fairy Tales, Romantic Living, Romanticism, and more. We’re damsels not in distress fighting for the all-new optimistic Romantic Revolution. Join us and subscribe. For more information, see our About, Old-Fashioned Romance 101, Modern Romanticism 101, and Romantic Living 101.
Pin this article to read later! And make sure to follow us on Pinterest.
By Autumn Topping on February 1st, 2015