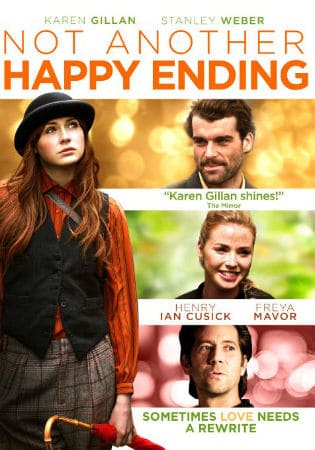 Not Another Happy Ending Film Review

Not Another Happy Ending is romantic comedy at its best because it embraces what it is: a romantic comedy that doesn’t take itself too seriously. The film remains fresh while paying homage to the romantic comedies of the past. However, if you don’t like sappy romantic films then this probably isn’t the movie for you. But if you love a feel good romance that makes you laugh and smile and wish you were dating the dashing leading man, then this movie is the perfect choice.

…if you love a feel good romance that makes you laugh and smile and wish you were dating the dashing leading man, then this movie is the perfect choice.

The film tells the story of Jane Lockhart, a struggling writer trying to get her book, “The Endless Anguish of My Father” published. But with an entire wall of rejection, she’s kind of losing hope. That is until the moody French publisher, Tom Duval, offers to publish her book at his small publishing house. Overjoyed, she agrees and signs a book deal with him. The two grow very close as they prepare her novel for publication, until he publishes (without telling Jane first) her book with an entirely new title. The two drift apart despite their obviously growing feelings. 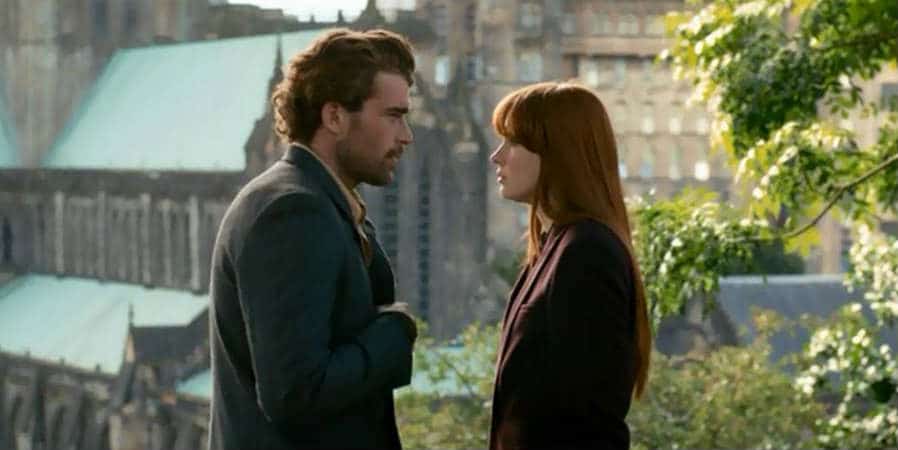 So, in a way to get Jane to finish her book before Tom’s struggling publishing company crumbles into oblivion, he comes up with a plan. If he can make Jane’s life completely miserable, then she’ll begin writing again. But his plan backfires because the more he schemes to mess with Jane’s life, the more he realizes that he’s fallen in love with her.

One of the strongest aspects of the film belongs to the performance of the two leads, Karen Gillan and Stanley Weber. Both have a lot of onscreen charisma as well as plenty of synergy between them. One can easily imagine both of them becoming huge stars, especially Gillan who could prove to be the next Meg Ryan or Sandra Bullock. She has a mix of likability with great comedic timing and onscreen presence (just watch her in Selfie) while also having the dramatic chops as well (Doctor Who). Plus, she just does the romantic comedy genre well. And then there’s Weber. He plays the temperamental Tom with style and a lot of charm. And bonus, he’s basically got the best hair since David Tennant as the 10th Doctor. A definite requirement when you’re playing the romantic lead…

While the main focus of the story is the budding romance between Jane and Tom, the side stories are also well developed and entertaining. You have Jane’s rocky relationship with her father Benny (who her stories are based on) and the funny antics of Tom’s assistant Roddy (as played by Ian De Caestecker). The father/daughter dynamic in the story between Jane and Benny feels heartfelt and genuine while also being completely relatable. And then Roddy (who you will love if you enjoy Fitz in Agents of S.H.I.E.L.D.), who also works as a teacher, gives the audience a lot of comic relief with great lines. He’s especially entertaining as the world’s worst teacher who always gives his students bogus literary “facts.”

In all, while there isn’t anything particularly groundbreaking, the film is still rather refreshing. The script is witty, the directing strong and of course the performances entertaining. The romantic story itself is engaging and yes…romantic. The story’s not afraid to embrace romance, which unfortunately has become a little bit of a bad word in the critical world as of late. But for those of us who actually love the romantic comedy genre, this film is one of the better ones of the last few years. You can now watch the movie on DVD or rent it on Amazon.

Our romance-themed entertainment site is on a mission to help you find the best period dramas, romance movies, TV shows, and books. Other topics include Jane Austen, Classic Hollywood, TV Couples, Fairy Tales, Romantic Living, Romanticism, and more. We’re damsels not in distress fighting for the all-new optimistic Romantic Revolution. Join us and subscribe. For more information, see our About, Old-Fashioned Romance 101, Modern Romanticism 101, and Romantic Living 101.
Pin this article to read later! And make sure to follow us on Pinterest.
By Amber Topping on January 30th, 2015