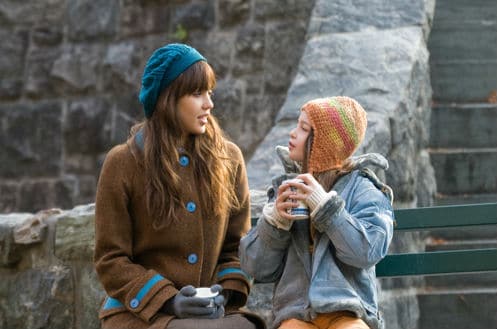 It’s rare, but once in a while, I stumble across an Indie film that I actually like and furthermore, get. Strange as that may sound, all too often the Indie scene is a bit too ambiguous for my preference. Jessica Alba stars as Mona Gray, a young 20-something whose entire life has been anything but normal. At a young age, her father suffered a mental breakdown and hasn’t been right since. To protect herself from living in the world and to cope with the emotional loss of her father, Mona created a world in which the only thing that made sense was math. She clings to this as the only thing she “kept” after her father’s illness (she gave up her friends, movies, and everything she liked) since it was something she and her father had in common.

Now her mother is kicking Mona out of the house because it’s not Mona’s job to care for her father. Instead, she gets her an apartment and a job teaching at a school. It’s a job Mona technically shouldn’t have, given that she hasn’t had a college education. After a rough beginning, Mona begins to embrace the task set before her, open up to her students and maybe find love with a fellow teacher, Ben (played by The Mindy Project’s Chris Messina). 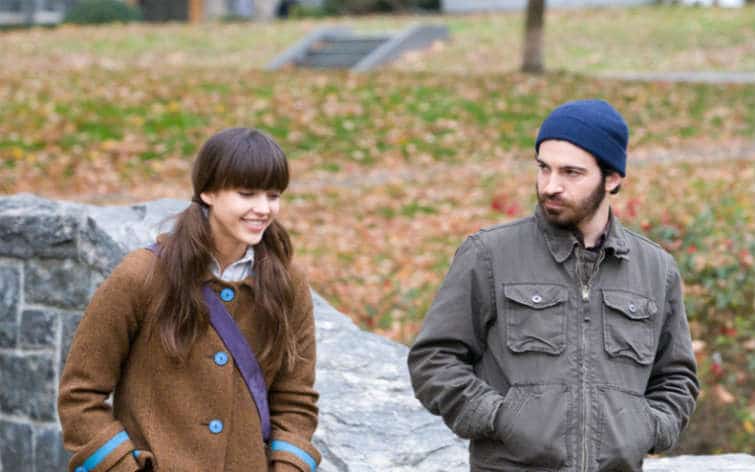 This was pretty much a blind watch for me. I did no reading to discover what it might be like, which made the story fresh and kept my opinion indifferent to any predisposed notions I might have otherwise unconsciously formed. With a few smoothed out kinks, this would have been a perfect little film I’d have recommended without reservation. As it happens there were a few oddities that hold me back from giving this a faultless rating. The reason for this is Mona’s eccentric personality.

As a child (played by the always charming, Bailee Madison), Mona cut herself off from anything she loved, and as a means of punishment (to herself) she forced herself to “rely” on things that are unpleasant. For example, she “eats” soap in one or two scenes. It’s triggered by an event that gives her joy, and as a way to rebuke or remind herself she has no right to be happy, she falls back on her “trusted” methods of reproach. Later on, she also “recreates” a memory from her father’s story by purchasing an ax (which later proves to be an intense instrument in the story) and she imagines cutting off her own leg with it. There is more to it than this, obviously (the story suggests that unless families literally sacrifice pieces of themselves, there isn’t love), but it instills in the movie and character an awkward story thread. (Mona’s reasoning is, again, all about her father and his getting better if she engages in these acts or gives up the joys of life.) 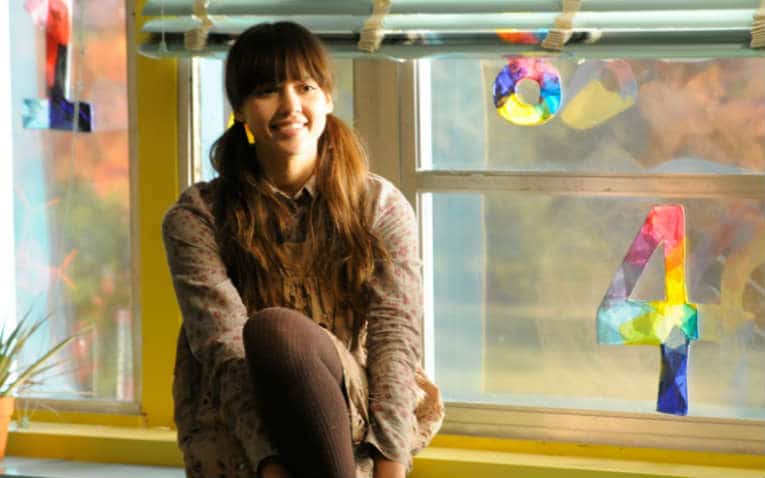 Were it not for some of these unusual triggers, I’d have liked this a whole lot more. There’s a charming persona to the film that is hard to not like. It’s kind of like a slow dance that’s easy to sway too. Of course, the cast helps. I liked seeing Jessica Alba play in something drastically different than the normal and, of course, avid The Mindy Project fans should see this just for the sake of Chris Messina because, he’s pretty cool. If you don’t mind wading through some iffy subject matters in order to find the heart of a decent story, this might be worth a rental. It’s definitely a poignant story if you can overlook some of Mona’s eccentric traits. I appreciated the fact that Mona was easy to like and though she was emotionally immature sometimes, she wasn’t a childlike person whose antics made her difficult to take seriously.

For all its faults, this Indie dramedy is something I’d watch again. It’s heartwarming and despite its unusual detours, it winds up being a story of hope. It’s about a woman who learns she has to “let go” and learn to live before life passes her by. If you can get through the opening, everything gets better from there as more poignant moments blossom and insight into Mona emerges, plus the ending is adorable. Also, I appreciated that the writers didn’t use certain situations as a means to turn something dastardly awkward and instead left things to our imagination by keeping things simple and sweet. Fans of the cast (it’s spectacular, really – including J.K. Simmons) might want to look this up. I liked it for the simple fact that its character progression for Mona is exactly what I want from my characters. Sometimes that’s enough to create a story that’s worthwhile.

An Invisible Sign is available on DVD or to stream on Netflix and Amazon Instant Video.

Our romance-themed entertainment site is on a mission to help you find the best period dramas, romance movies, TV shows, and books. Other topics include Jane Austen, Classic Hollywood, TV Couples, Fairy Tales, Romantic Living, Romanticism, and more. We’re damsels not in distress fighting for the all-new optimistic Romantic Revolution. Join us and subscribe. For more information, see our About, Old-Fashioned Romance 101, Modern Romanticism 101, and Romantic Living 101.
Pin this article to read later! And make sure to follow us on Pinterest.
By Rissi JC on July 13th, 2015