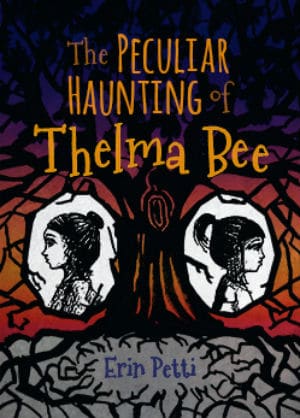 Eleven-year-old budding scientist Thelma Bee has adventure in her blood. But she gets more than she bargained for when a ghost kidnaps her father. Now her only clues are a strange jewelry box and the word “Return,” whispered to her by the ghost. It’s up to Thelma to get her dad back, and it might be more dangerous than she thought—there’s someone wielding dark magic, and they’re coming after her next.

RELATED The Thickety: A Path Begins – A Suspenseful and Magical Read

The story begins with Thelma Bee up to life as usual. With notebook in hand, Thelma Bee is always ready to write down her latest scientific observation. She has her best friend Alexander, an adventurous Mom, and a supportive Dad – which is all she really needs. That is until her world is thrown upside down when her Dad is kidnapped by a ghost. What follows is an adventure that leads to Thelma Bee discovering some surprising truths as she makes new friends and fights against darkness along the way.

Young women should really relate to this magical book and be swept up into its enchanted, albeit slightly frightening, world.

There is something refreshing about The Peculiar Haunting of Thelma Bee and should appeal to middle-grade readers (and even adults) in swarms. I was especially impressed with the female-driven angle of the book. It’s rare to find a scientifically minded young heroine. And not only is Thelma Bee scientifically minded (which is beyond awesome) but she’s also an imaginative dreamer with an insatiable curiosity. The combination of these traits makes for a memorable protagonist who discovers she might have just a little bit – or a lot – of magic inside of her. Young women should really relate to this magical book and be swept up into its enchanted, albeit slightly frightening, world.

Thelma Bee is the young heroine the world needs right now and I truly hope the story takes flight and becomes a best-seller. Creative black-and-white pictures accompany the charming book as well, making the story all the more fun to read.  If you love Coraline, Matilda, Harry Potter, The Secret Circle, or Ghostbusters, then this is the book for you.

Surely, The Peculiar Haunting of Thelma Bee is meant to be a film with sequels to follow. Think early Harry Potter films in quality with a Tim Burton-like style. The book would easily translate to the big screen appealing to audiences of all ages. There is adventure, ghosts, mystery, and wonderfully layered young characters. The trio of Thelma, Alexander and Izzy should appeal to young readers looking for the next Harry, Ron and Hermione. While completely different, this trio of characters will delight in similar fashion. Thelma Bee especially should capture the hearts of readers AND viewers everywhere. No doubt some unknown young actress is out there who would be perfect in this role.

It’s also fun to think who would be cast as the deliciously creepy Mr. Understone with his Byronic “type” personality. Johnny Depp? Richard Armitage? Julian McMahon? Perhaps Sam Witwer? Any actor who could pull off an immortal demon with an obsession would be perfect. 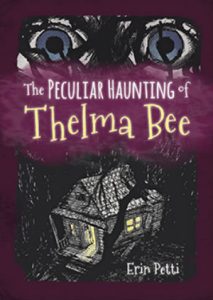 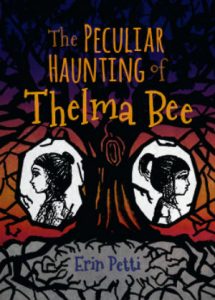 That’s right! The power is in your hands. Make sure to vote on which cover you like best. If you vote, you’ll be entered to win an exclusive Thelma Bee gift box which includes a signed book, a Thelma bee journal, buttons, and more…But hurry because the voting ends August 1, 2016. Click Here or go to thelmabee.com.

You can also learn more about this amazing debut author here: erinpetti.com

Do you plan to read The Peculiar Haunting of Thelma Bee? Which cover did you vote for? Let me know in the comments!

Our romance-themed entertainment site is on a mission to help you find the best period dramas, romance movies, TV shows, and books. Other topics include Jane Austen, Classic Hollywood, TV Couples, Fairy Tales, Romantic Living, Romanticism, and more. We’re damsels not in distress fighting for the all-new optimistic Romantic Revolution. Join us and subscribe. For more information, see our About, Old-Fashioned Romance 101, Modern Romanticism 101, and Romantic Living 101.
Pin this article to read later! And make sure to follow us on Pinterest.
By Amber Topping on July 28th, 2016