Shadowhunters – A Promising New Adaptation of ‘The Mortal Instruments’ 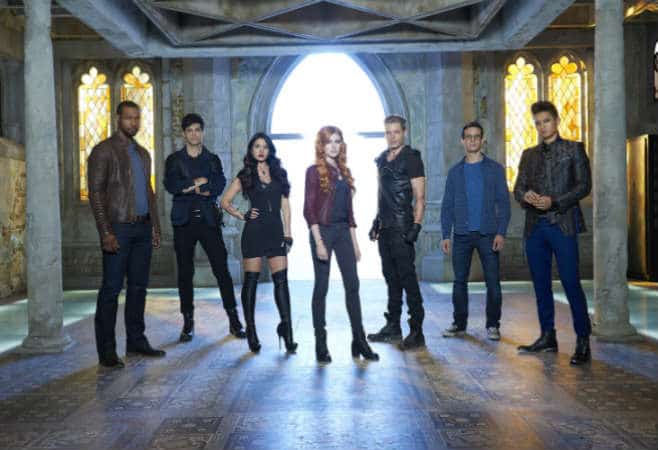 The cast of Shadowhunters: The Mortal Instruments. Photo: Freeform

Shadowhunters premiered last night on Freeform (previously ABC Family) in what was a decent start to the supernatural series. The show is an adaptation of Cassandra Clare’s hugely popular book series, The Mortal Instruments, and despite being imperfect was very entertaining to watch. In fact, after last week’s weak premiere of The Shannara Chronicles, Shadowhunters was Buffy the Vampire Slayer good in comparison – which is ironic considering the complete lack of wit in the premiere. Still, the pilot was strong enough to grow an audience, while giving it time to find its voice over the course of the season.

Shadowhunters tells the story of Clary Fray (Katherine McNamara), a girl who learns on her 18th birthday that she is a Shadowhunter, a human-angel hybrid there to protect the world from beings of darkness like demons and vampires. Her mother, Jocelyn hid the truth of who and what Clary was so as to keep her safe. However, on the night of Clary’s birthday, she begins to see strange things, including the handsome Jace who she witnesses killing a handful of demons. Clary soon learns that she, like Jace, is also a Shadowhunter. He quickly becomes her protector and teacher as she enters this unknown world. 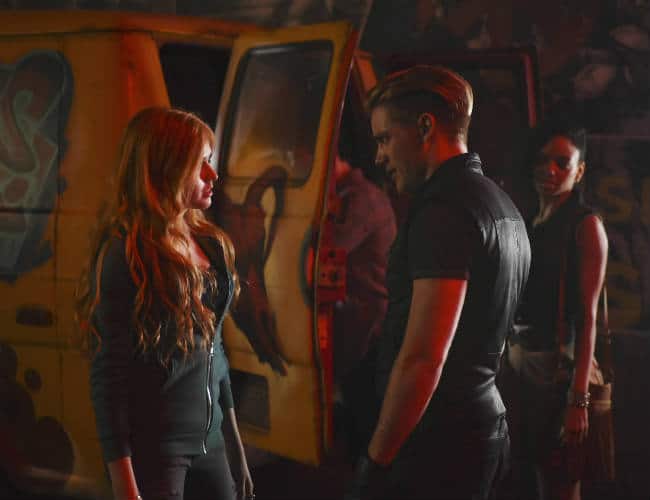 Clary and Jace meet for the first time.

From there, she (along with her human best friend Simon) are pulled into the supernatural world. Luke, her mother’s “boyfriend” isn’t who he says he is, her mother is kidnapped, and she meets other Shadowhunters including Jace who has an obvious attraction to her.

Meanwhile, the villainous and mysterious Valentine kidnaps Jocelyn in search of The Mortal Cup. But what is he really up to?

If you’ve read the book series, then you know Shadowhunters makes quite a few departures from the source material. Clary and Simon are older than their book counterparts, Luke is a detective rather than an owner of a bookstore, Jocelyn runs a shop, there is a new mystery introduced about humans being killed, not to mention Valentine and his minions running around at Chernobyl. However, while the series does depart from the book series in more ways than even what I mentioned above, it remains true to the essence of The Mortal Instruments – which is half the battle won. 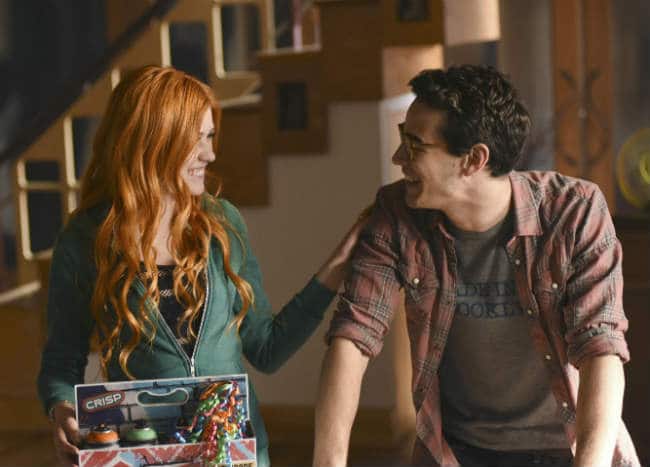 Besides that, the show has a strong cast in its favor. Katherine McNamara shows promise in the lead with Dominic Sherwood a vast improvement over Jamie Campbell Bower’s lukewarm interpretation of Jace. Newcomer Alberto Rosendo is perfectly cast as Simon – it felt like he walked right out of the book. Harry Shum Jr. as Magnus Bane and Isaiah Mustafa as Luke both have great charisma onscreen. Matthew Daddario as Alec and Emeraude Toubia as Isabelle play this brother-sister duo with ease. I was also happy with the casting of Alan Van Sprang as the Byronic villain, Valentine. While he isn’t as campy fun as Jonathan Rhys Meyers, we know he can play a mad villain with relative skill as seen in CW’s Reign.

Besides the acting, the dialogue was mostly natural if not a little cheesy, the overarching mystery arcs are interesting, the romantic chemistry between the actors work, and the production design is well done for a smaller TV show. I did think a few of the female costumes were over the top, but largely the costumes were believable to the mythology presented.

Overall, Shadowhunters was an entertaining introduction to the series. And while there are definitely a few wrinkles to smooth out, they have time to improve what doesn’t’ work. Still, Shadowhunters started with a stylish bang and a whole lot of promise that will keep me watching week to week. Fans of the urban fantasy genre should definitely give the series a watch.

62shares
We use cookies to ensure that we give you the best experience on our website. If you continue to use this site we will assume that you are happy with it.OkNoPrivacy policy