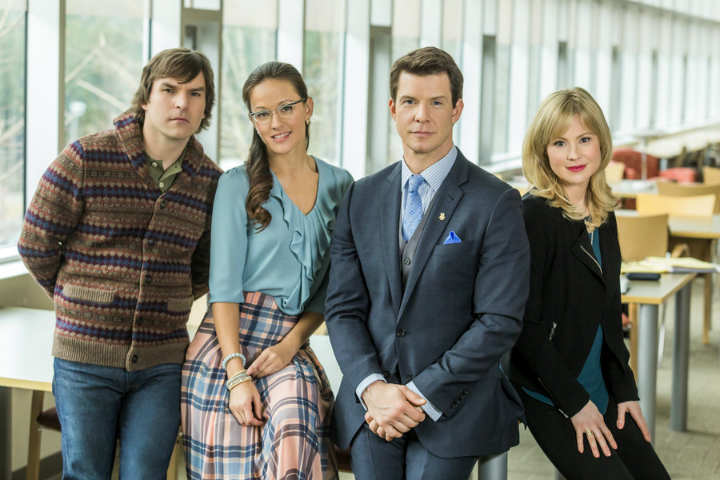 In the last couple of years the Hallmark channel and it’s sister the Hallmark Movies & Mysteries channel have done an excellent job in filling and growing the niche market for clean, family entertainment. I have been a faithful viewer for many years now and find that some of their productions are better than others. In my opinion, their series Signed, Sealed, Delivered is one of their very best.

RELATED 8 Romantic Hallmark Channel Originals to Stay In With

Signed, Sealed, Delivered has a unique premise which focuses on a group of postal detectives. The tight-knit foursome work in the DLO (Dead Letter Office) of the Denver post office. They are assigned with the task of tracking down and delivering mail which is usually so damaged that the recipient is undecipherable. These assignments usually take them out of the office into the world at large and the mysteries they solve often relate to their own personal journeys.

The real charm of this series is the four main characters. Each one has a unique personality with a side of quirks, but it is also their interactions and commitment to each other which is so endearing. Although they are coworkers, in reality, they are family. Oliver is the de facto leader of the Postables (as they call themselves) who takes his job and its responsibilities very seriously. He is a third generation postal employee who considers it an honor to carry on the career tradition of his family. He is a gentleman reminiscent of an earlier time, who wears three piece suits and drinks Yoohoos when stressed. Despite his reserved almost taciturn manner, Oliver is devout, kind and conscientious in both his professional and personal life. At the beginning of this series, he is still reeling from the desertion of his wife and is paralyzed in his private life. Shane is the newest member of the DLOs. She acts as a catalyst not only in the pursuit of the mysteries behind the dead letters but also in Oliver’s personal life. She is very tech savvy and uses her sometimes questionable computer hacker skills to track down the information needed for each case. Shane is the first to bend the rules a bit and sees things in shades of gray compared to Oliver’s black and white view of life. Although she struggles to see life with the same sense of faith and optimism as Oliver, she is the first to encourage him to step outside of his comfort zone. Shane is also the one to keep the team motivated and on-track with each assignment. Rita is the bubbly assistant with a photographic memory. Her cheerful, helpful attitude encourages the team when they hit a seemingly dead end. She loves to wear vintage clothing and accessories, has a thing for co-worker Norman and loves a good romance. Rita likes to challenge herself and does so by entering the Miss Postal Delivery contest. She also writes a novel which is really an outlet for her to imagine her fantasy love story with Norman. 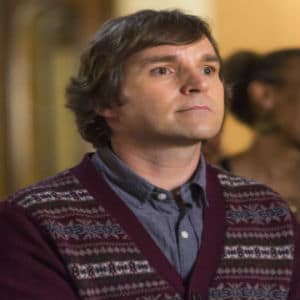 Norman Dorman is slightly awkward but entirely lovable. He excels in conventional research and is the one who coined the group’s name, The Postables. He is totally unaware of his coworker’s attraction to him. His childhood as an orphan has shaped him but has not made him negative or bitter. He constantly surprises his teammates with his random knowledge and is always willing to support Rita’s creative ventures. 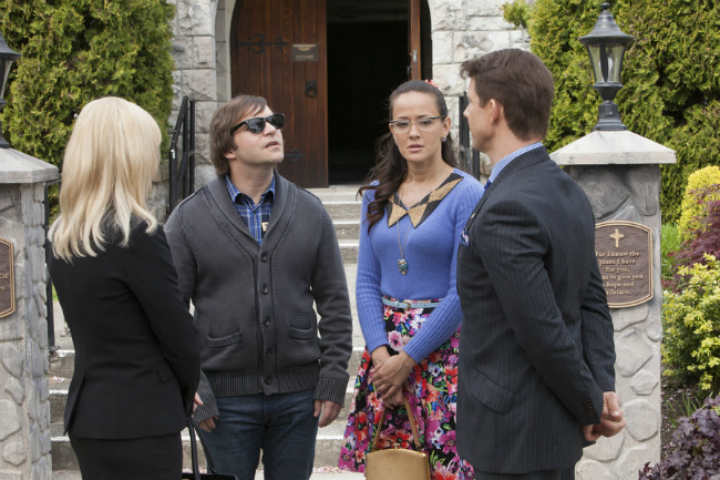 The camaraderie and trust these four share and the patience and forbearance they extend to one another as they each experience personal discoveries while solving their cases is really the heart of Signed, Sealed, Delivered. Rita’s obvious longing and respect for Norman is the more pronounced romantic thread of the show.

However, the long slow buildup between Oliver and Shane is the true romantic payoff. They do not exhibit romantic tension per se, but you know that there is an attraction between them. This is definitely an old-fashioned romance as it is first built and firmly established on friendship. But you catch glimpses of their affection for each other as they slowly develop trust while supporting and encouraging each other in confronting their pasts. Often exasperated by Shane, Oliver cannot deny that she pushes him to heal. Shane is more aware of her attraction, yet is incredibly patient while waiting for Oliver to gain an awareness of their special bond.

I have seen Eric Mabius in other television series and films and I must say that this is my favorite of his character portrayals. He has the difficult assignment to display Oliver’s inner turmoil without always being able to express that through the dialogue. He also has to play an old-fashioned gentleman without coming across looking ridiculous in today’s modern world which he certainly does well.

I was unfamiliar with the other three main actors, but they truly make these unique characters their own. Signed, Sealed, Delivered also casts guest actors and it is a pleasure to see Carol Burnett, Della Reese, Marilu Henner, Daphne Zuniga, Valerie Bertinelli and Valerie Harper among others appear. Viewers might also recognize Emilie Ullerup who is currently cast in another popular Hallmark series, Chesapeake Shores.

Having watched every TV episode and film in this series I can tell you that it never fails to enchant. From beginning to end Signed, Sealed, Delivered engages it’s viewers in the heartfelt mysteries behind each “dead letter” while also drawing them deeper into the lives of Oliver, Shane, Rita, and Norman. This series cares about the viewers and it shows in the quality of writing, the commitment to its’ characters and the charming settings and storylines. If you are looking for a show worth investing in, this one is a winner.

Although each dead letter mystery is generally solved by the end of each episode, for the characters’ history and background and to see the developments of their relationships with each other, you really need to watch the episodes in order.

Where to Watch: At this time, the Signed, Sealed, Delivered pilot film, hour-long television episodes and the first two-hour film following the TV series is available to stream on Amazon. You can also purchase them on DVD along with their special Christmas episode. Hallmark does re-air the films pretty regularly, but not the television episodes.

Content Note: This series is rated PG. It has no profanity, sexual content, violence and is suitable for almost all ages.

Have you seen Signed, Sealed, Delivered? What are your thoughts on this Hallmark series? Let me know in the comments!