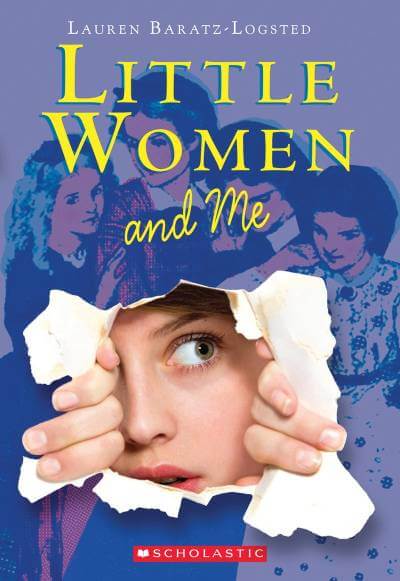 I love the book Little Women by Louisa May Alcott. I love the characters, the setting and the way Alcott takes her readers seriously by adding in references to classic literature. I always thought Meg was the best of the March sisters; she was always trying to wrangle her sisters and reminded me a lot of Jane Bennet. Though I will admit, Jo is pretty fun, Beth might be as close to perfect as a person can get, and Amy grows on you.

There are, however, two big problems with Little Women, and I think most fans would agree. First of all, Beth dies. Not only that, she dies from a disease that she caught helping people. How horrible is that?! The second thing that I, at least, hated, was that Jo didn’t end up with Laurie at the end, instead he married Amy. Now, I have nothing against the Professor and I think Alcott made it all work out in the end, but I always thought that was ridiculous (it’d be like Hermione ending up with Harry or Neville instead of Ron! In my opinion, anyway).

RELATED: Rewriting Fiction: 20 Moments in Fiction You Wish You Could Change

Beth dying, however, is infamous for being terrible and might be the same trauma level for some of us as Bambi’s mom. There’s even an episode of Friends where Joey is reading Little Women and is so distraught when Beth gets sick that he has to put the book in the freezer, where he keeps the things that scare him.

In this book, Little Women and Me by Lauren Baratz-Logsted, the main character, Emily, is asked an interesting essay question. If she could change one thing about her favorite book, what would she change and why? Torn between saving Beth and setting Jo up with Laurie, Emily somehow ends up getting sucked into the book, finding herself the Middle March (yes, that’s actually how they phrase it in the book).

What follows is hilarious. Baratz-Logsted has gone through Little Women and added the character of Emily in, so as we follow the familiar yet different plot, Emily is working to fit into this world, falling for Laurie, trying to keep Beth alive and, at the same time, trying to not destroy her favorite book. She has mixed success because her very presence is a bit of an upset, but as time goes on, she finds her place among the familiar characters.

When Emily first realizes that she is trapped in her favorite book, she sets about trying to not mess things up by her presence (at least, not too much) and also determines her purpose there. As she gets to know the characters, she decides that the thing she wants to change is simple. She is going to save Beth because good people don’t deserve to die.

Little Women and Me is a book that is both hilarious and poignant. As it looks at the lives of these characters and the things we want to change, Emily learns that some things really are inevitable, both in fiction and real life. Some things, however, you can change, and Emily sets out to make things right.

There are some fun twists and turns along the way that I don’t want to spoil it for you, but I will say that this book is worth a read for fans of Little Women. It’s obviously written with love for the original by someone very familiar with the source material. At 300 pages, this is a fun read that is well worth the time it’ll take to get into it. The start is a bit slow, but it picks up.

Emily spends four years in the book and sees in the March sisters the conflicts that she has with her own sisters. This inspires her to change the relationship she has with them since the poor relationship had been a sore point throughout the novel.

Romance wise, there’s not as much to the story as you would think. Emily has a crush on a boy from the present (who likes her sister) and a crush on Laurie (who likes her “sister”), so that is present. While, in the end, Emily discovers what she can and can’t change about the book, she realizes that someday there will be someone who likes her for her and that being the middle sister isn’t that bad. There’s not as much resolution in the romance department, but it still works.

Overall, I really enjoyed this book. I laughed a ton and a lot of Emily’s criticism about the way the March sisters behave, I totally get. It’s a fun book that allows a reader a chance to make changes to the story, and also keep the spirit and fun of the original.

Do you agree about Little Women? Are there books you would like to change?

Our romance-themed entertainment site is on a mission to help you find the best period dramas, romance movies, TV shows, and books. Other topics include Jane Austen, Classic Hollywood, TV Couples, Fairy Tales, Romantic Living, Romanticism, and more. We’re damsels not in distress fighting for the all-new optimistic Romantic Revolution. Join us and subscribe. For more information, see our About, Old-Fashioned Romance 101, Modern Romanticism 101, and Romantic Living 101.
Pin this article to read later! And make sure to follow us on Pinterest.
By Bailey Cavender on November 21st, 2015

1 thought on “YA Book Review: Little Women and Me – Changing the Ending”