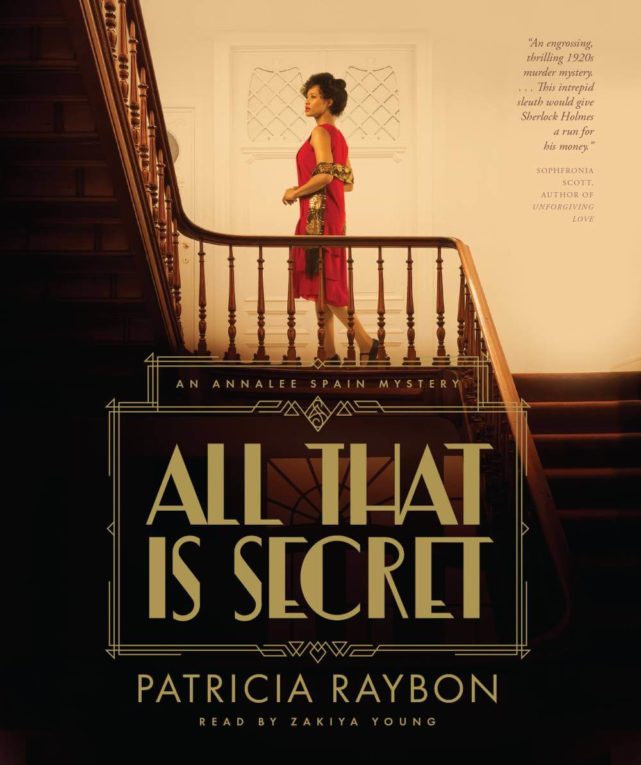 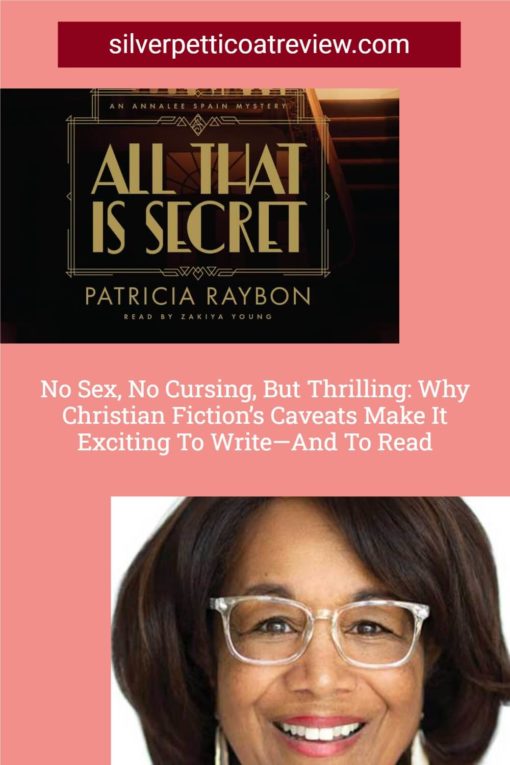 They would kiss. Of course. I didn’t know exactly when. Or the circumstances. More than all, I didn’t quite know how I would write a scene of passion in the historical mystery I was writing for Tyndale House, a renowned publisher of Christian fiction.

My new mystery is my first fiction. In contrast, over many decades, I’ve been writing first for newspapers—as a reporter. Then I taught reporting. Then I switched to writing nonfiction books. None of it with kissing.

All That Is Secret – NEW CHRISTIAN FICTION NOVEL

In All That Is Secret, however, I set loose on the page a young female theologian—a fan of Sherlock Holmes—who’s fled her underpaid Chicago teaching job and her cold-water rooming house to return home to Colorado to help a young pastor solve the murder of her estranged father.

Sparks flew almost immediately—and I didn’t see it coming. I don’t write from a strict outline. I write fiction with a pants-on-fire approach. So I was following my clever, young theologian as she took off on her own story, holding my breath almost the whole way. You can keep up, I told myself.

Then right away, she found herself in a fast car with a gorgeous young man—thinking about things she’d never once pondered. Like why this young pastor looked so handsome and, mercy, smelled so good? Was that aftershave?

Gracious, I loved her questions. Never mind that nothing more than a kiss would ever pass on the page between these two.

I knew that going in. When I humbly signed a three-book contract with Tyndale—pinching myself—I knew they’d expect me to honor their readers with a clean read. No sex. No cursing. Maybe a kiss. At the most, maybe two. This would be writing that was chaste and proper.

So why was the writing so exciting? Then after endorsements and early reviews came in, why were bestselling authors describing All That Is Secret as “thrilling,” “engrossing,” “engaging,” “fast-paced,” and even “captivating”?

Was my story that wonderful? Mercy, I hoped so.

In truth, however, wasn’t there something just inherently and wonderfully and amazingly intense about restraint in a Christian historical love story? Then when that kiss finally arrived, wasn’t it a beautiful gift that it was such a doozy?

NO CURSING IN THIS CHRISTIAN FICTION HISTORICAL MYSTERY

The same was true about not using profanity or cursing in my historical novel. Sure, people used profanity back then, experiencing profound emotions and reactions, finding themselves in situations where one might be excused for letting loose with a four-letter something or other.

Instead, I enjoyed knowing what the Bible says, in my case as a follower of Christ, about verbal offense.

“Do not let any unwholesome talk come out of your mouths, but only what is helpful for building others up according to their needs, that it may benefit those who listen” (Ephesians 4:29).

1 Peter 3:10 breaks it down even more, quoting David, the psalmist—for “whoever would love life and see good days must keep their tongue from evil and their lips from deceitful speech.”

An apt conclusion is found in James 3:9-11: “With the tongue we praise our Lord and Father, and with it we curse human beings, who have been made in God’s likeness. Out of the same mouth come praise and cursing. My brothers and sisters, this should not be. Can both fresh water and salt water flow from the same spring?”

Cursing, in other words, said James, reflects a heart problem—which God alone can forgive and fix. To write of frustration in fiction without using it, however, allowed me to dip into the abundance of precise words on tap, in English anyway—and that’s probably true of many languages—which meant four-letter expletives could be avoided.

I loved this challenge of writing deep emotions without splashing around in the gutter. I could, instead, explore other ways of expressing and showing our deepest human feelings, even the worst of anger or hurt.

So early readers have enjoyed my young protagonist’s reaction when she and her young man are in the heat of a white-hot argument. Yet not one cussword is exchanged. They’re forced, instead, to find the exact words for what they’re truly saying to each other.

Cursing would’ve been a cheap, easy, backdoor exit from the fight. Instead, I had to dig down to the heart of their contention. Then, with action and dialogue, show what their antipathy meant to each of them and also how they felt.

As writers and readers of romantic Christian fiction of this kind, clean writing means we gain the moving, challenging, life-changing experiences of real-life without having to scrub our hands when we put a book down.

This is a lovely gift to share with one another, requiring no apologies or excuses. What does it matter that we prefer not to read on the page the most heaving detail of every life intimacy—or encounter, chapter after chapter, another string of cursed epithets?

But do we have our heads in the sand? Feigning gentility? Fearful of hearing life’s worst? Just the opposite. Amid life’s sad strains, clean fiction can turn on a light, giving us respite.

As poet Mary Oliver said, “Light is an invitation to happiness, and that happiness, when it’s done right, is a kind of holiness, palpable and redemptive.” The young Nigerian naturalist Michael Bassey Johnson puts it this way: “Listen to the birds; their lyrics are not profane, yet the entire world wants to hear them sing.”

Patricia Raybon is an award-winning author and essayist whose books include My First White Friend, a Christopher Award-winning memoir about racial forgiveness, and I Told the Mountain to Move, a prayer memoir that was a Christianity Today Book of the Year finalist.

Patricia’s other books include The One Year God’s Great Blessings Devotional and Undivided: A Muslim Daughter, Her Christian Mother, Their Path to Peace, coauthored with her younger daughter, Alana Raybon. Patricia’s essays on faith, race, and grace have been published in the New York Times, Newsweek, USA Today, Guideposts, Christianity Today, and other national publications and blogs.

She lives with her husband, Dan, in her beloved home state of Colorado. Her latest book, All That Is Secret, releases from Tyndale in October.

ABOUT ALL THAT IS SECRET – OFFICIAL SYNOPSIS:

Can an amateur detective solve the cold case mystery of her lost father’s murder?

In the winter of 1923, Professor Annalee Spain—a daring but overworked theologian at a small Chicago Bible college—receives a cryptic telegram calling her home to Denver to solve the mystery of the murder of her beloved but estranged father.

For a young Black woman, searching for answers in a city ruled by the KKK could mean real danger. Still, with her literary hero Sherlock Holmes as inspiration, Annalee launches her hunt for clues, attracting two surprising allies: Eddie, a relentless young white boy searching for his missing father, and Jack, a handsome Black pastor who loves nightclub dancing and rides in his sporty car, awakening Annalee’s heart to the surprising highs and lows of romantic love.

With their help, Annalee follows clues that land her among Denver’s powerful elite. But when their sleuthing unravels sinister motives and deep secrets, Annalee confronts the dangerous truths and beliefs that could make her a victim too.

Do you enjoy reading Christian Fiction? What do you think about the caveats? Discuss below!

3 thoughts on “No Sex, No Cursing, but Thrilling: Why Christian Fiction’s Caveats Make It Exciting to Write—and to Read”