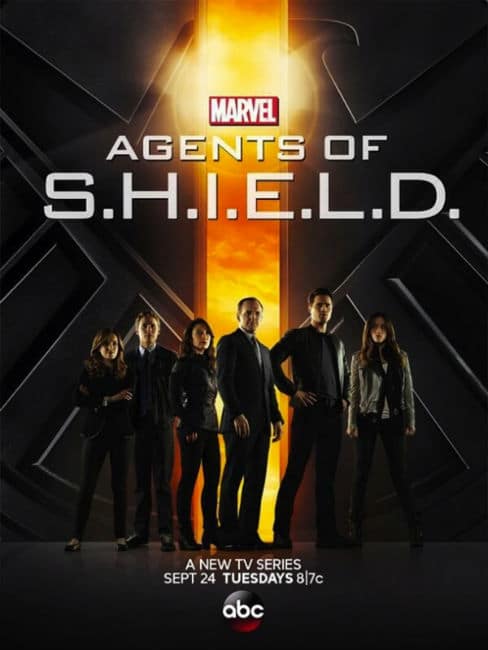 This is not your average superhero show. There are no men in tights running around, a young girl with a destiny and a stake, or a man with a special hammer. Instead, in this spinoff from Marvel’s The Avengers, creator Joss Whedon focuses on the side characters, the underdogs that tend to go under the radar. “Nobody is a nobody,” says Coulson about the pilot’s super powered human of the week and certainly the show holds up to this line when considering the main characters as well. In fact, the idea that “nobody is a nobody” is one of the reasons I liked the first episode.

For those who love The Avengers, there is a lot to love here. There are clever references (wouldn’t it be great if someone guest starred one day?) to the events in the film and characters, including a witty line about Thor’s arms. Joss Whedon, known for his sharp dialogue, brings the episode together with tight precision and good directing. Sure, there are a few cheesy lines here and there but nothing so over the top that it doesn’t work. The opening five minutes were particularly good when a superhero (or not quite as it later turns out) goes into an exploded building to save a woman. You can tell that the producers did not skimp on the budget here. The beginning is very movie like as the man jumps out of the building with the woman in his arms, the crowd staring at him in this new age of heroes and villains that have become the new norm. Because of the compelling first five minutes, I knew this show has the potential to become a weekly addiction even if the pilot was imperfect.

While there is a lot to love, if you go in expecting The Avengers TV show, you will be gravely disappointed. Like I said before, this isn’t about a big hero like Iron Man, this is about the characters that typically get the shaft, and that is what makes it so unique.  What could help some Avengers fans grab on to this show is the mysterious return of Phil Coulson from his supposed Avengers death at the hands of Loki. This will certainly be a question for the future: how did he survive exactly?

Going back to the theme that “nobody is a nobody,” the episode builds to a wonderful climax as the supposed “nobody” single father, begins to lose control out of no fault of his own but rather to a mysterious group of people that experimented on him (perhaps our main antagonists of the first season). He kidnaps Skye (because she told him he could be a hero) and enters a train station, not knowing he could burst at any moment, killing everyone around him. Joss Whedon and his fellow writers could have taken the easy way out here and just sacrificed him. Turn him into the bad guy. Thankfully, they did the opposite and chose the feel good hero route in which they believed in this broken man and found a way to save him. J. August Richards (the guest star of the week) certainly got to shine here with a strong monologue and it is a pity that this Whedon alum will only be here for the first week.

Now the pilot episode is not without some problems. Thankfully, these are problems that can easily be fixed with time. Dollhouse, Whedon’s last television show, needed a few episodes to warm up as well so I hope people will give it more time to find its voice (and certainly SHIELD is already stronger than that pilot episode). Most of the ensemble characters in SHIELD, for instance, didn’t really get any characterization below the surface, thus making them just a little bland. They aren’t boring or anything and certainly their personalities still stood out strongly because of good dialogue; still, I wanted to know who these people are. Why does Skye spend so much of her time following superheroes? Why is Grant so uptight? Why was Melinda so hesitant to return to the field? And who are Dr. Fitz and Dr. Simmons? (Honestly, Simmons got the best line about Hermione followed by perfectionist Fitz who claimed: “can’t get an F”).What makes each of these characters tick?

One way, this pilot could have been strengthened is by focusing on one of the ensemble characters (I would have chosen Skye) instead of everyone coming together at the same time. Tell the story from the point of view of Skye (the hacker) as she enters into Level 7 and becomes an agent of S.H.I.E.L.D. Have the first episode be her story, including characterization, in how she (with the help of the team) saves the confused super-powered single Dad on the verge of explosion. Then, all the pieces of the episode would have been more coherent and we could have been presented with one example of a strong character. It would have given us someone to root for and could have also worked brilliantly at explaining S.H.I.E.L.D. to both Skye and the audience. Still, I’m sure (since this is a Whedon show) we will be getting more characterization in the following weeks. Overall, taking into consideration this first episode was just a pilot, I thought it was pretty good. I was entertained and I believe the show has a lot of promise for the future. I know I definitely plan on tuning in next week!

What did you think of Agents of SHIELD? Are you going to tune in next week? Sound off below…

Our romance-themed entertainment site is on a mission to help you find the best period dramas, romance movies, TV shows, and books. Other topics include Jane Austen, Classic Hollywood, TV Couples, Fairy Tales, Romantic Living, Romanticism, and more. We’re damsels not in distress fighting for the all-new optimistic Romantic Revolution. Join us and subscribe. For more information, see our About, Old-Fashioned Romance 101, Modern Romanticism 101, and Romantic Living 101.
Pin this article to read later! And make sure to follow us on Pinterest.
By Autumn Topping on September 27th, 2013