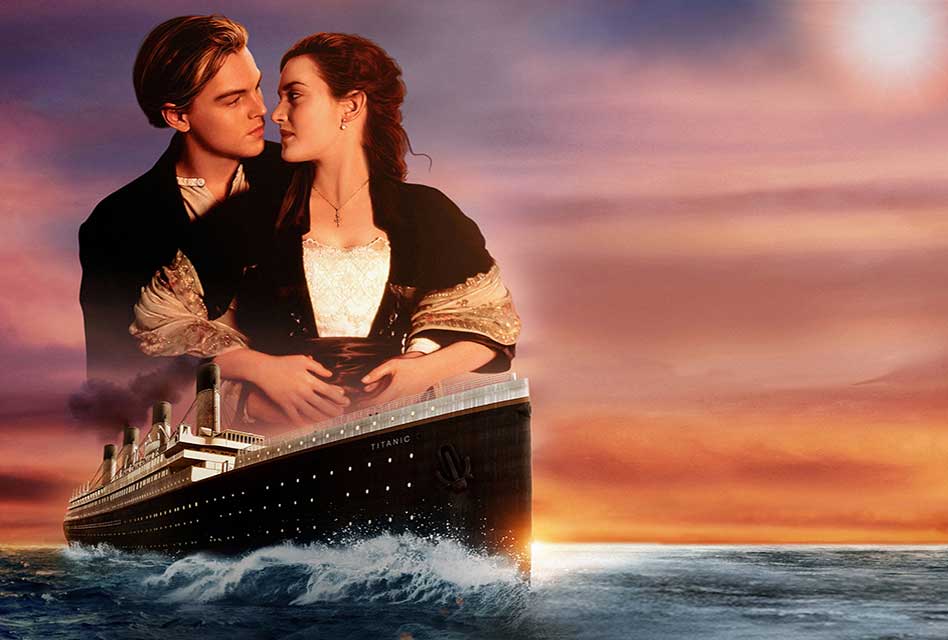 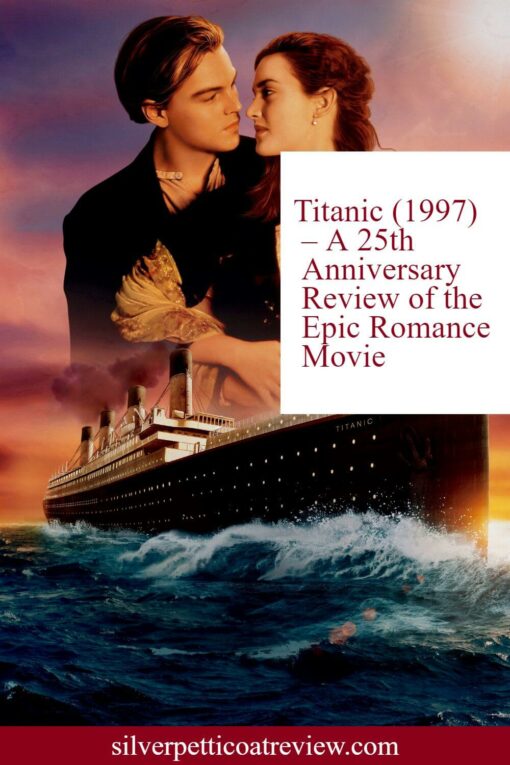 Twenty-five years ago, the beloved star-crossed romance and disaster film, Titanic, premiered in wide release on December 19, 1997. And the world of movies was never the same! Love it or hate it, you’ve probably seen it – perhaps more than once…or twice…or…well, you get the picture!

Titanic tells the story of Rose Dewitt Bukater (Kate Winslet), a seventeen-year-old upper-class young woman who falls in love with Jack Dawson (Leonardo Dicaprio), a poor struggling artist. Unfortunately, they also fall in love on the Titanic – the doomed ship fated to sink.

Beyond that, the script weaves historical figures in and out with ease, creating the perfect historical fiction narrative.

For many years, Titanic remained the number-one bestselling film of all time. Only for Director James Cameron to beat his own record with Avatar.

Today, even with the continual rise of ticket sales and unstoppable superhero films, it continues to slay at #3. Say what you will about his movies; James Cameron knows how to appeal to an audience.

With Titanic, the film’s epic, sweeping quality appealed to everybody, not just a niche crowd. Don’t care for the romance? Many watched the movie for the visual effects and the Titanic disaster.

However, it’s hard to pinpoint any one reason behind the film’s success. Instead, many ingredients of the historical drama led to the perfect recipe for success. James Cameron’s screenplay cleverly used old-fashioned storytelling techniques and familiar archetypes to quickly connect the audience to the story and characters with universal themes.

Beyond that, the star-crossed romance of the rich girl and poor boy – aka Romeo and Juliet on the Titanic – had universal appeal, not to mention the undeniable chemistry between Kate Winslet and Leonardo Dicaprio as Rose and Jack.

Plus, there were the groundbreaking visual effects, the beautiful costumes, the gorgeous, haunting musical score, and the original theme song, “My Heart Will Go On,” by Celine Dion.

Sure, the song’s become overplayed, but if you objectively listen to it, the music is actually beautiful. On top of all that, the acting is top-notch, with characters you quickly love and root for.

With the perfect blend of romance, humor, tragedy, and suspense, Titanic has you on the edge of your seat from start to finish.

So, 25 years later, does Titanic still work as a film?

It’s been 84 years, and I can still smell the fresh paint.

Like older Rose looking back to the Titanic, I look back to the first time I saw the film. As a young girl filled with girlish dreams and idealism with a personality much like Rose, it was the perfect time to see the movie.

RELATED: Movies Like Titanic: 50 Epic Romances to Fall in Love With

And I didn’t just see it once or twice. I saw it seven times in the theater! Something about the film appealed to my younger self.

And on a re-watch of the story all these years later, the movie still has that magic appeal so rarely found in movies today. From the story to the epic romance to the music, visuals, costumes, and more, Titanic doesn’t make a false step.

Sure, not everyone loves this movie. But many of us do, as shown by its continuous success all these years later.

Overall, I can’t help but love Titanic. Sure, there are a couple of cheesy scenes, and Leo calls out “Rose” a few more times than necessary, but who cares? James Cameron captured a sweeping, magical epic that tugs at the heartstrings.

You laugh, cry, hold your breath in suspense, and start all over again. From award-worthy performances that turned the lead actors into bona fide movie stars to haunting visuals of the real Titanic, James Cameron’s passion project continues to soar.

And overall, it’s a timeless, spellbinding tale that draws you in again and again.

Where to Watch: You can stream Titanic on Pluto TV. You can also rent/and or buy on Digital and DVD.

Did you love Titanic? How many times have you seen it in the theater? Do you have a favorite moment? Let me know in the comments.

Editorial Note: This Titanic film review was first published as a Titanic 20th anniversary review in 2017 and has been updated for the 25th anniversary in 2022.