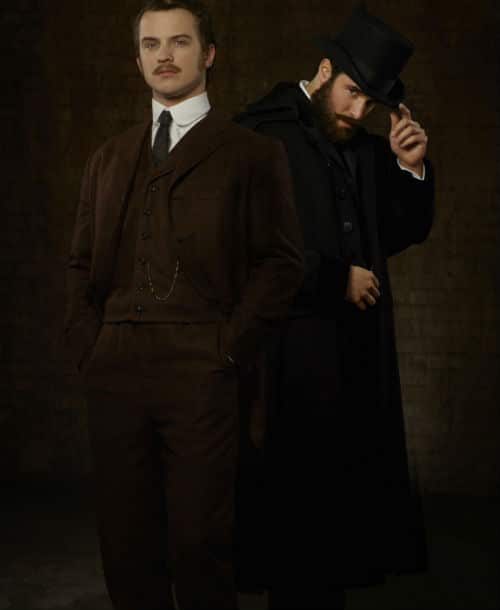 Time After Time, not to be confused with another time travel series called Timeless, premiered a week ago with a rather and unfortunate small audience. From The Vampire Diaries creator, Kevin Williamson comes another romantic and escapist series that has major potential to entertain you from start to finish. That is if you can overlook the imperfections.

Before H.G. Wells (played by Harry Potter’s Freddie Stroma) ever wrote The Time Machine or War of the Worlds, he invented a real time machine. An idealist in the late 19th century, Wells dreams of a future Utopia, one brought about by science and technology. He’s the opposite of his friend, Dr. John Stevenson (Josh Bowman), a realist who also just happens to be Jack the Ripper. 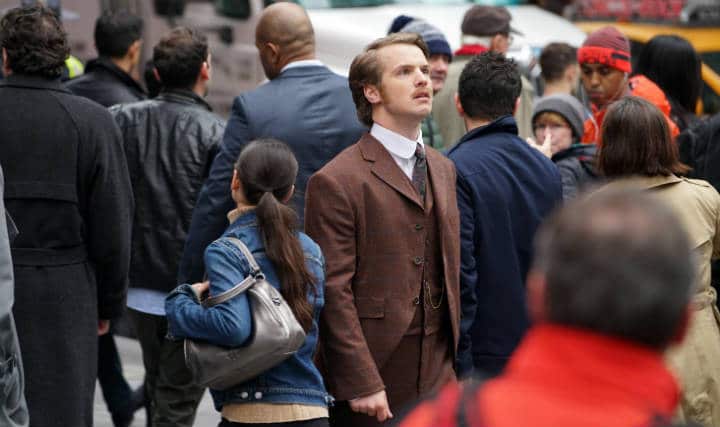 Landing in present day New York City where his machine currently sits in an H.G. Wells exhibition, he’s not off to a good start. Instead of a utopia, he sees wars and violence. He also just so happens to be seen as a criminal trespasser who broke into the museum and time machine. Here, Wells also crosses paths with a way too trusting assistant art curator named Jane Walker (she seriously lets this stranger stay in her apartment!). Soon, the love story begins to take shape…

Jane (who I really like so far), starts out like many a Doctor Who companion. She’s just an average woman living an ordinary life. But Jane is also looking for something more, something more exciting. And as someone who always dates the wrong guys, what could be better than an old-fashioned gentleman and famous British writer from the 19th century? Jane can’t help but be drawn to Wells, especially after proving his identity with a little time travel. Who wouldn’t like him??

It’s too bad that the future foretells Jane’s murder at the hands of Jack the Ripper. The two join leagues to defeat John and return him to the past, but things get even crazier when John kidnaps Jane.

Of course, Wells will do anything to save her! But can the two change the future? And can they stop John’s killing spree in the meantime? Thankfully, a benefactor shows up with a whole lot of knowledge about Wells, even claiming to be his descendant!

Sure, Time After Time (a remake of a 1979 film) has some issues (including the need for a stronger development of the characters including moments you want to hit them over the head for sheer stupidity), but that’s often the case with new shows. They need time to find their legs, but the show still has serious potential for pure escapist fun. I know I enjoyed it and will definitely be tuning in for more. Time After Time currently airs weekly on ABC. You can also catch up on Hulu and Amazon Instant Video.

Content Note: Time After Time is rated TV-14 for violence. This is about Jack the Ripper after all…

Where to Watch: You can watch all new episodes on ABC, Sundays 9/8c. You can also catch up on HULU.

What did you think of Time After Time? Sound off below…

Our romance-themed entertainment site is on a mission to help you find the best period dramas, romance movies, TV shows, and books. Other topics include Jane Austen, Classic Hollywood, TV Couples, Fairy Tales, Romantic Living, Romanticism, and more. We’re damsels not in distress fighting for the all-new optimistic Romantic Revolution. Join us and subscribe. For more information, see our About, Old-Fashioned Romance 101, Modern Romanticism 101, and Romantic Living 101.
Pin this article to read later! And make sure to follow us on Pinterest.
By Autumn Topping on March 11th, 2017