The Longest Ride may be the best Nicholas Sparks adaptation since The Notebook, though it never reaches quite the same heights due to some sluggish scenes and chemistry between the leads that works though doesn’t quite sizzle – at least in comparison to Ryan Gosling and Rachel McAdams. I’d probably rank The Longest Ride behind The Notebook and A Walk to Remember in third place as far as Nicholas Sparks adaptations go.

The Longest Ride tells two parallel love stories that collide in the present day. Luke, a champion bull rider recovering from an injury, meets Sophia, an art history student from the University at a rodeo where he makes his triumphant return. They connect after the show where he asks for her number. It’s clear they have a connection, but the meeting couldn’t have come at a worse time for Sophia – she’s moving to New York City to start her hot shot internship in just three months. So she puts off going out with him for as long as possible. But who can resist an old-fashioned cowboy who rides bulls for a living? They soon go on the perfect date (planned by the obvious romantic Luke), only for the news of her impending departure to dampen the mood of the evening. As much as they like each other, it’s just not meant to be. At least that’s the conclusion they both come to (though this doesn’t last long of course).

However, on their way back from the date, they come upon a car accident with an old man inside. Luke pulls the man from the burning car while Sophia saves the box in the passenger seat the man pleads for her to save. What follows is an unlikely friendship between this grumpy (and dying) old man named Ira and Sophia (and then ultimately Luke as well).

Out of curiosity, Sophia opens Ira’s box to find many letters inside. She begins to read one – revealing a love story that began pre-World War II between Ira and a young Austrian woman named Ruth. The friendship then develops between Sophia and Ira, when she discovers he can no longer read his beloved letters. From there, she regularly visits Ira to read the letters only to uncover an amazing love story as well as a surprising connection to the world of art history – which Sophia herself is fascinated by.

These two intertwining love stories (the film is half period drama) continues to switch back and forth throughout the film, with the past love story perhaps faring a little stronger overall than the contemporary one. 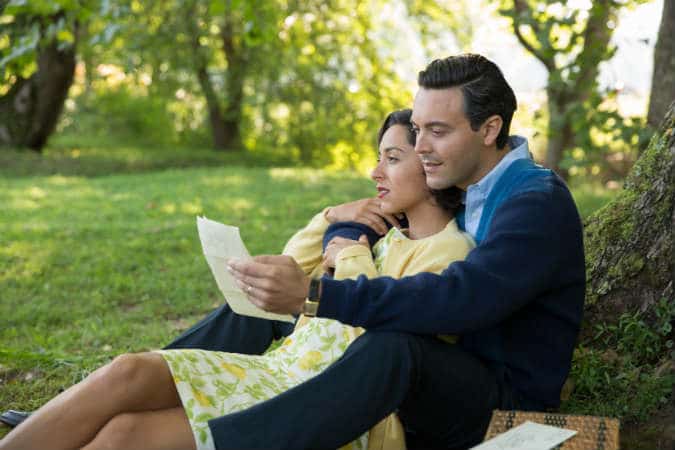 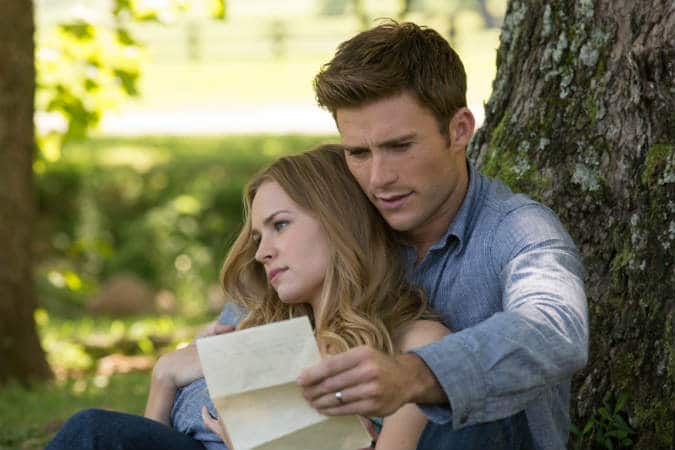 The first part of the film moves rather slowly and doesn’t become quite as interesting until Ira enters the scene. And even then, I didn’t completely buy the story or the characters until about halfway through. That said, the film does come together in a strong way and leaves a lasting impression. The present day love story really picks up, for instance, when Luke’s bull riding becomes more dangerous, threatening to unravel his and Sophia’s entire relationship. His bull riding story is really very interesting and intense and you don’t know whether or not he will survive the film (especially considering Sparks’ track record).

The Longest Ride takes a little while to come together, but when it does, the story becomes rather exciting and even emotional. Plus, it’s interesting to see how these two love stories come together and how one effects the other. Without giving anything away, I can reveal that there is a twist ending that really pulls the whole film together in a very surprising way – though skeptics, cynics, and non-romantics will not appreciate said ending or even the entire film for that matter.

The film includes a strong cast with Britt Robertson (in a breakthrough role proving she can do more than just teen angst and sarcasm) as Sophia, Scott Eastwood (proving on screen charisma runs in his family – he’s Clint Eastwood’s son) as Luke, the always amazing Alan Alda as the older Ira, the likable Jack Huston (grandson of the legendary John Huston) as young Ira and the graceful Oona Chaplin (granddaughter of Charlie Chaplin) as Ruth. Oddly enough, as you watch this film you are literally watching the children and grandchildren of Hollywood royalty take their rightful place on the big screen. Thankfully, these young actors can all stand on their own as performers and don’t need their famous family to prop them up.

While there were some scenes that could have benefitted from stronger dialogue and better pacing, overall the film is rather entertaining and heart-wrenching. In some ways, the relationship between Ira and Ruth reminded me of the touching love story seen at the beginning of Pixar’s Up. No doubt, this film is meant to be a tear-jerker, but there’s also a lot to smile about as well. So, if you’ve been on the fence about seeing this film, you may want to give it a chance. The Longest Ride is a lot better than the critics give it credit for and if you love period dramas or The Notebook, you may really enjoy this film. The Longest Ride is now available on DVD and is available to rent on various streaming sites.

Our romance-themed entertainment site is on a mission to help you find the best period dramas, romance movies, TV shows, and books. Other topics include Jane Austen, Classic Hollywood, TV Couples, Fairy Tales, Romantic Living, Romanticism, and more. We’re damsels not in distress fighting for the all-new optimistic Romantic Revolution. Join us and subscribe. For more information, see our About, Old-Fashioned Romance 101, Modern Romanticism 101, and Romantic Living 101.
Pin this article to read later! And make sure to follow us on Pinterest.
By Amber Topping on September 23rd, 2015