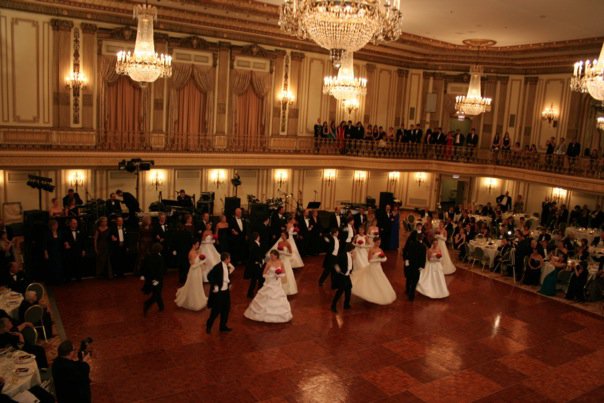 Most people who have read any historical regency era fiction, particularly regency romances, are familiar with the importance placed upon the coming out of young ladies into society in that period. The practice of bringing out a young woman into society and announcing her ascension into adulthood was key to their forming a good marriage alliance. The coming-out-ball was a way for young girls of a marriageable age to be presented to suitable bachelors and their families in the attempts to find an appropriate mate. In regency England this was achieved through the presentation of the young lady to Sovereign at court. This event also marked the start of the British social season.

The whole process began with the young woman applying to be presented at court. In order to do this, the young woman had to be presented or sponsored by a woman who had also been presented at court, usually the mother or some other woman known to the family. If the girl’s application was accepted she would then receive a royal summons from the Lord Chamberlain to come to court for her presentation. The proceedings started at 10am, and the debutante and her sponsor would wait with all of the other young ladies waiting to be presented. The debutante and her sponsor would at some point be announced to the Sovereign, the debutante would curtsy and then leave without turning her back. Only after being presented at court could the young lady then take part in the social season consisting of garden parties, balls, polo matches, and other activities. This often included a separate “coming-out-party” held just for the young lady being presented to society. 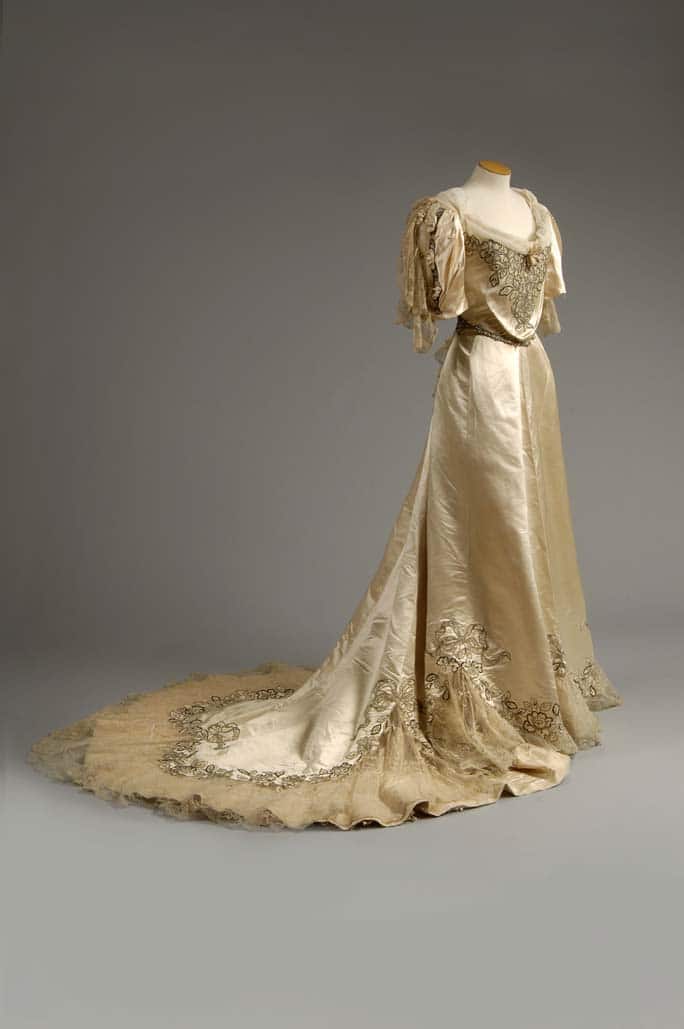 Rules on what a debutante was allowed to wear to her presentation were strict. The court dress was traditionally a white evening gown, although shades of ivory and pink were also permitted. The dress generally had short sleeves paired with white gloves and a veil attached to her hair and adorned with three white ostrich feathers. The dress would also consist of a long train, which the young woman would hold on her arm until she was ready to be presented. Pearls or other family jewelry completed the ensemble.

Now, I thought that was where it ended. Queen Elizabeth II abolished the ceremony in 1958, and, at least in the UK, the practice went out of fashion. However, much to my surprise, I discovered that it is still thriving right here in America. I am familiar with the concept of having a “sweet sixteen” and the practice of holding a quinceanera in the Latin culture, but was blown away when I found out that formal debutante balls are still held all throughout the country. Most of us are probably used to the rite of passage that is the Senior Prom, and the graduation party, a chance to celebrate one’s ascension into adulthood. This is apparently the modern version of what used to be a lavish affair. But the higher classes in the United States have their own extravagant debutante balls that they still celebrate.

Similar to the Regency coming-out-ball, the American debutante ball is a formal presentation of young ladies to “polite society” held by charities or societies. To gain entrance the young lady must be recommended or sponsored by an established member of elite society, usually the mother or another female relative. The young women presented at one of these debutante balls must wear white gowns with satin kid gloves and stand in a receiving line in front of an audience while they wait to be presented. The young lady is announced and is then walked around the stage by her father, who presents her to the audience. As she is formally presented the young woman must perform a curtsy known as the St. James Bow or a full court bow, with the exception of Texas debutantes who are presented at the Waldorf Astoria Hotel, who perform a curtsy called the “Texas Dip.” After her presentation, the young woman is then escorted off the stage by her young male escort, usually chosen to be paired with the girl in order to promote good social pairings.

These debutante balls are often lavish affairs. They are held in every major city in the country, but are more common and generally larger events in the South. One example is The Christmas Cotillion held in Savannah, Georgia. This is the oldest debutante ball in the US, first held in 1817.

I must admit that I was quite surprised that this practice still existed. My first thought upon finding this out was that I was very envious of these debutantes. I would have loved to dress up and be presented as a young woman! It would have been like living out a regency romance novel. Oh well, I guess us members of the middle and lower classes just aren’t considered for these events.

What are your thoughts on this age-old rite of passage? Sound off below…

Want to participate in another Regency pastime? Learn how to hold a high tea party in Host Your Own Victorian Tea Party.

How about some Regency games? Be sure to read Regency Games to Amuse.

Our romance-themed entertainment site is on a mission to help you find the best period dramas, romance movies, TV shows, and books. Other topics include Jane Austen, Classic Hollywood, TV Couples, Fairy Tales, Romantic Living, Romanticism, and more. We’re damsels not in distress fighting for the all-new optimistic Romantic Revolution. Join us and subscribe. For more information, see our About, Old-Fashioned Romance 101, Modern Romanticism 101, and Romantic Living 101.
Pin this article to read later! And make sure to follow us on Pinterest.
By Rebecca Lane on April 29th, 2014

2 thoughts on “The Debutante Ball”