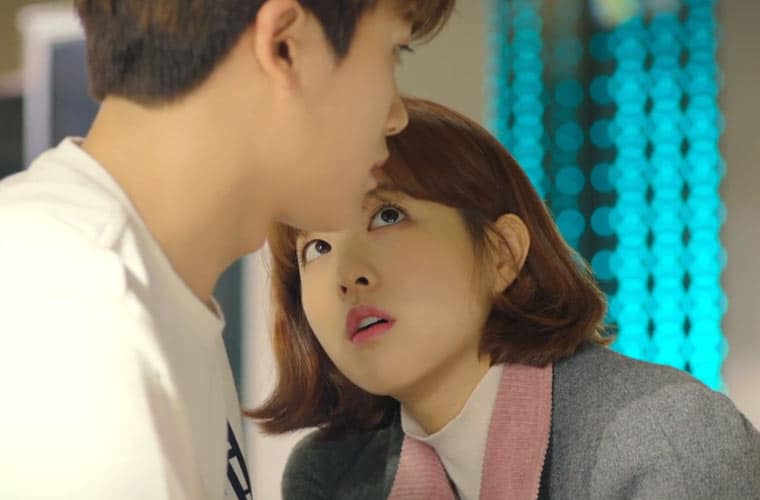 Can Strong Woman Do Bong Soon be any cuter? Bong-Soon continues to win our hearts as she struggles to balance her new job, whilst trying to keep Gook-Du and others from learning that truth about her abilities. Though she’s bickering nonstop with her boss, Min-Hyuk, he’s falling for her just as fast.

Too Strong For Her Own Good

Bong-Soon interrupts the two men fighting over her: she’ll stay since it’s for her job. Gook-Du tries to overrule her by calling her mom, but Mom astonishes him by encouraging the sleepover (hoping that her daughter will land a rich man). Gook-Du finally gives up but leaves an emergency pager with Bong-Soon and tells both of them to be at the police station tomorrow. 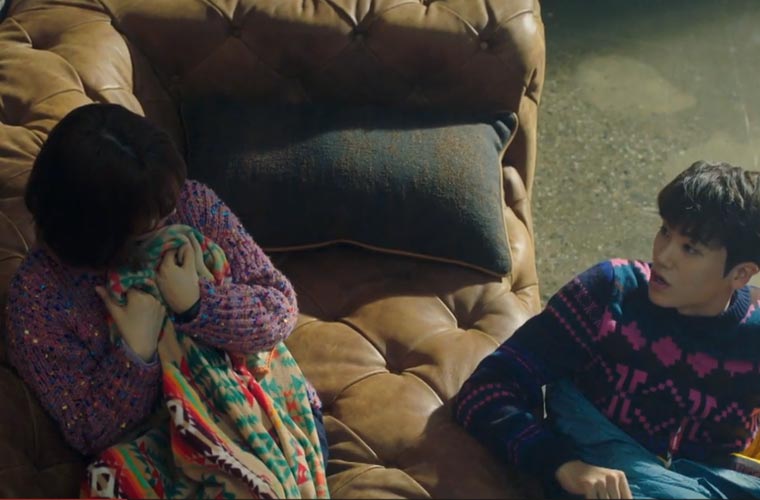 Bong-Soon and Min-Hyuk end up playing video games in his basement before falling asleep on the couch. The next morning, they check out a lead on his stalker from the motorcycle license plate Min-Hyuk tracked. Bong-Soon accidentally injures the suspect with her super-strength and isn’t too happy after learning that the suspect had his motorcycle stolen and is innocent. 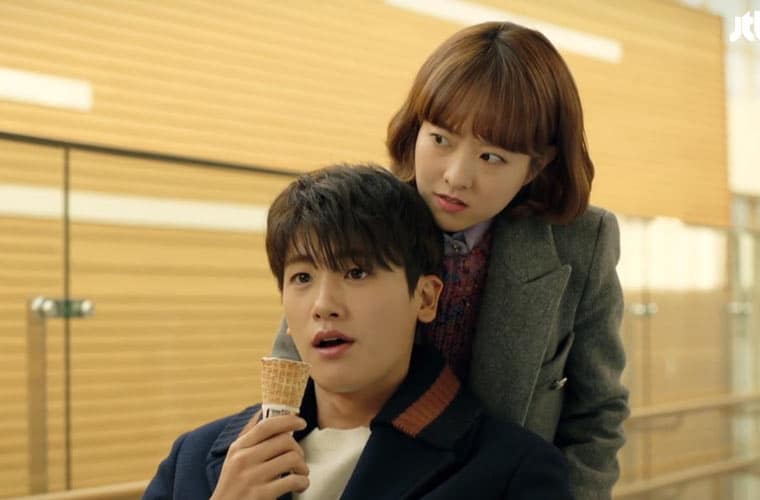 At the police station, Gook-Du tells Bong-Soon that he’ll be in charge of her protection from now on. When Min-Hyuk tries to reveal Bong-Soon doesn’t need protection, she slams her shoe on his foot to silence him. She’s forced to take him to the hospital afterward. X-rays reveal a fracture in his toe. Min-Hyuk milks his pain for as long as he can, forcing Bong-Soon to push him around the hospital in a wheelchair for the day.

Bong-Soon sees Gook-Du at the hospital with his girlfriend. He pesters Bong-Soon about working for Min-Hyuk. For the first time, she argues with him asking why he cares so much about her life; he has a girlfriend. Gook-Du is confused by her outburst.

The hospitalized gangsters that Bong-Soon beat up relay what happened to their head gangster. He decides to look into this mysterious girl himself. Min-Hyuk takes Bong-Soon to eat at his dysfunctional family’s house. He thinks that one of his older half-brothers is possibly the stalker threatening him. At the dinner, Dad tells everyone he’s giving his business to Min-Hyuk. Two of the brothers don’t react well. Meanwhile, another woman is captured by the woman-kidnapping psycho.

After phone calls from both Gook-Du and Min-Hyuk, Bong-Soon has zany dreams of Min-Hyuk (who keeps talking about how hot Gook-Du is) stealing her man from her. She starts another day protecting Min-Hyuk and bickering with him. Out of nowhere, the stalker appears and shoots a gun at them. Min-Hyuk is hit in the arm! Bong-Soon swoops him up in her arms and runs to the car. Thankfully it just was a steel pellet that grazed him. She cleans up his wound while he obsesses about her powers. Is she some product of human experimentation? Is she an alien?? Just what is she, he wonders?

At her family’s dinner table, Bong-Soon learns that Gook-Du’s girlfriend is hanging out with her twin brother. Meanwhile, Min-Hyuk calls his second oldest half-brother asking him for help. He thinks that one of his other two brothers is trying to threaten him to keep Dad’s company. 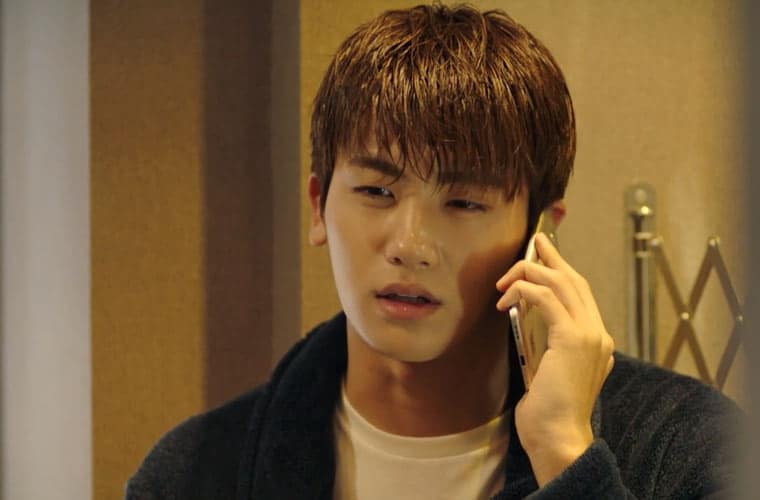 Min-Hyuk ends up tagging along with Bong-Soon, her friend and brother to the movies and then a club. He admires the intoxicated Bong-Soon dancing happily with her bestie. At her house, Bong-Soon drunkenly rails on Min-Hyuk. She warns him to stop admiring her man’s butt or she’ll make him butt-less. Bong-Soon wakes up to regret, fearful she’ll be fired from her job for what she said. But Min-Hyuk pleasantly calls her in for work. Unbeknownst to her, he thinks her ranting last night was adorable.

The psycho, still wearing his creepy pale mask, locks up his new victim. He seems to have a fixation on the girls’ weight and gives them only a little bit of food. Later on, Bong-Soon is out for a walk when she hears the voice of a pedestrian; it’s the same as the woman-kidnapping psycho she heard at the hospital!

Ahhh I love this show!!!!!! I mean I love just about everything in Strong Woman Do Bong Soon!

Bong-Soon is THE most adorable and hilarious super-heroine ever. Like most superheroes, she just wants to live a normal life and blend into the shadows. But of course stupid baddies and gangsters keep messing with her and she can only listen for so long before the fists start flying. The reaction of these jerks at her super strength never fails to put a giant grin on my face! 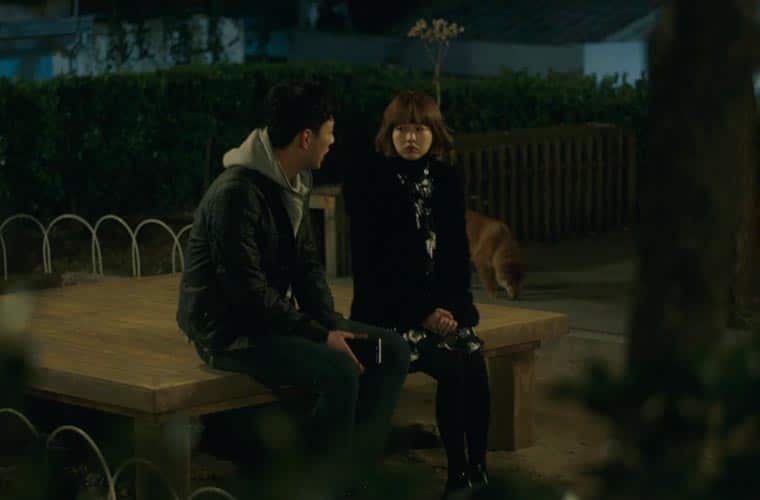 It’s fun to see Bong-Soon’s relationship with Gook-Du grow from more than just a cutesy crush. For the first time ever, she’s finally letting out her true feelings and frustration. Gook-Du is her best friend, but he is unintentionally making her feel confused emotionally. If he worries so much about her, does he like her? She clearly wants to know if she has a chance with him.

My favorite relationship would, of course, be the hilarious and cute bickering relationship between Min-Hyuk and Bong-Soon. They play video games together, constantly argue over random things (like the role of law enforcement and juice for breakfast), and even try to interrogate a suspect together while quarreling about who should tie the victim up, lol. He’s basically the Holmes to her Sherlock!! And then his reactions to her strength are glorious. One of my favorites was when she dragged the unconscious motorcycle suspect towards him in the apartment complex. That look of fear and awe on his face, haha.

Seriously, Min-Hyuk is really too precious for this world! His comments and even subtle flirting with Gook-Du had me laughing, especially with how mad it makes Bong-Soon. Though Bong-Soon is obviously oblivious to it, Min-Hyuk is falling for her fast and oh-my-gosh, this makes me soooo happy! Just that look on his face while watching her dancing was killing me! How can he be this perfect??

I was super happy to see the psycho killer take a backseat in episodes 3 and 4. So far, we’ve learned that he wears a mask, has a creep-o infatuation over brides, and apparently doesn’t seem to want to kill his victims, though he’s done it before when the first girl fought back. I haven’t a clue at what his end goal is, though. Hopefully, now that Bong-Soon has heard his voice again, she can discover his identity and quickly rescue the girls!

Our romance-themed entertainment site is on a mission to help you find the best period dramas, romance movies, TV shows, and books. Other topics include Jane Austen, Classic Hollywood, TV Couples, Fairy Tales, Romantic Living, Romanticism, and more. We’re damsels not in distress fighting for the all-new optimistic Romantic Revolution. Join us and subscribe. For more information, see our About, Old-Fashioned Romance 101, Modern Romanticism 101, and Romantic Living 101.
Pin this article to read later! And make sure to follow us on Pinterest.
By Faith White on March 9th, 2017