Part horror, part fairy tale, and part paranormal romance, Siren is a mermaid thriller that will have you hooked almost instantly. The first two episodes are like seriously good. And way better than the previews suggested with the perfect cast, likable characters, and a good script. Just don’t go in expecting a pretty mermaid love story.

Siren – What It’s About

Bristol Cove is a coastal town full of mermaid legends. Indeed, Ben, our protagonist is supposedly descended from a man who fell in love with a mermaid and his rich family like royalty in the town. If only the actual story was that simple and beautiful. Instead, his ancestor more than likely helped slaughter the mermaids.

But Ben is nothing like his spoiled, privileged family. Playing the beauty character in this Beauty and the Beast like story, Ben is a marine biologist who loves rescuing sea creatures alongside his marine biologist girlfriend Maddie (dating the “wild girl” is against his family’s wishes I might add). He’s empathetic to the sea creatures’ plights, making him our ideal leading man in a story about a predatory mermaid with siren-like traits.

It should be noted that unlike most recent mermaid stories, these mermaids are serious predators and not sweet Ariel creatures of the sea. Whenever in the water, the mermaids see all humans as prey. Like sharks. Indeed, there are several shout-outs to Jaws in this TV series with similar scares because the mermaids are extremely dangerous, monstrous, and even menacing. What makes the lore even cooler is that these mermaids are also like sirens of Greek mythology (though not bird-like in appearance), beautiful singing creatures that lead fishermen to their doom and drown them in the sea.

In the beginning, the story starts as any good siren story does: with fishermen out at sea and the mermaids who cross their paths. Unfortunately, for our mermaid sisters, they get separated. One is accidentally captured by the local fishermen and then kidnapped by mysterious men in the government (opening the door for fun conspiracy theories). The mermaid left behind, Ryn, leaves the sea to search for her sister on the shores of Bristol Cove, leaving death and destruction in her wake. Thankfully, Ben, his girlfriend Maddie (stepdaughter of the Sheriff), and folklore expert Helen are there to assist their deadly new friend.

But helping Ryn is like helping a wild animal which creates wonderful moments of suspense. You just never know when Ryn might strike out, making this supernatural romance all the more delicious and thrilling to watch. The first two episodes will leave you with several questions, theories, cliffhangers, and a desire to keep watching more. 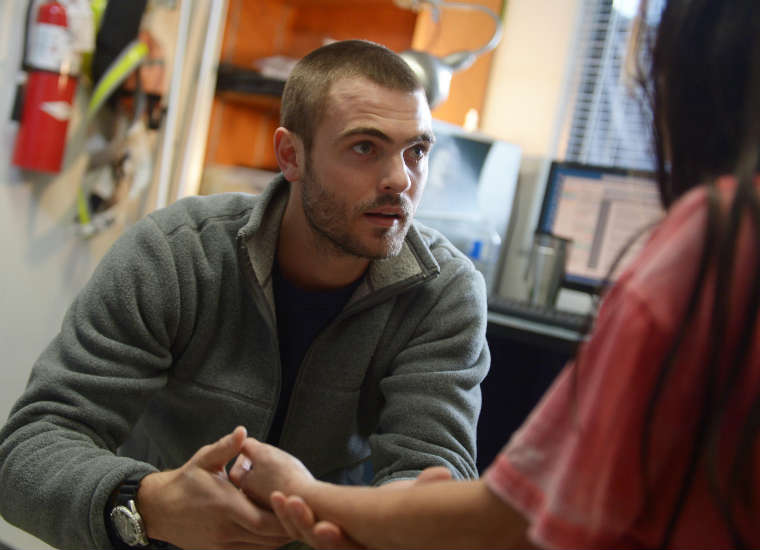 Thus far, Ben loves his girlfriend Maddie. She is also quite likable and an interesting character in her own right with a mystery surrounding her mother (or, at least, I see a potential theory). However, Siren still feels very much like a good paranormal romance with a respectable dose of Beauty and the Beast (the girl as our beast) thrown in for good measure. There is already a seductive tension between Ben and Ryn as he feels a pull towards her because of the song she first sang to him when they first met. How this story develops remains to be seen, but I’m intrigued to find out. I’m always a sucker for paranormal romances steeped in Dark Romanticism. It should be noted that there is also a strange sensuality between the three of them (Maddie, Ben, and Ryn) as Ryn magnetizes both with her enchanting powers. 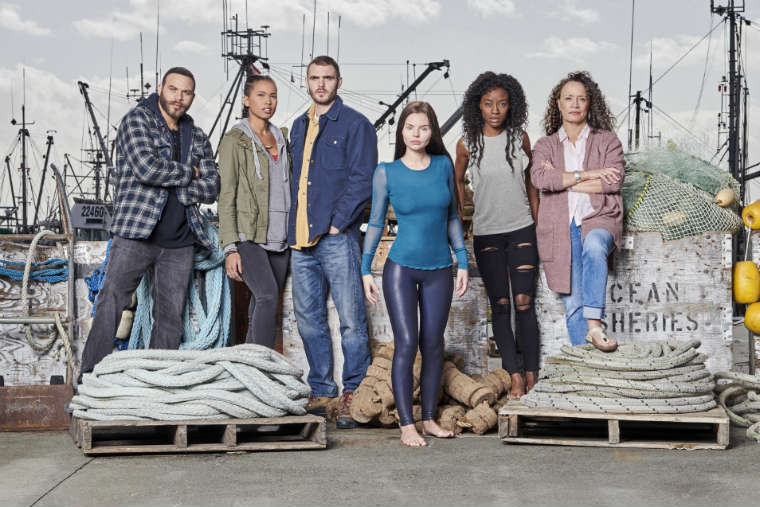 I would be remiss not to talk about the excellent casting choices here. First of all, Eline Powell as Ryn is a revelation. I BELIEVE she is a mermaid and sea predator just in the way she moves her body and her face. She even feels alien at times and not of our species. Then there is Alex Roe as Ben. Fans of The Fifth Wave will recognize him as Evan in the film adaptation. In Siren, he proves once more he is a leading man on the rise. And a believable hero you can root for. Fola Evans-Akingbola is Maddie Bishop, marine biologist and stepdaughter of local sheriff played by Twilight actor Gil Birmingham. Their dynamic as father and daughter weaves comfortably into the story because both are such great actors and even a little mysterious. I  expect twists from that corner of the show.

Siren isn’t perfect. There are lapses in judgment in the script. For instance, when Ben takes Ryn home rather than to the hospital when he finds her disoriented on the street. Then, when the government kidnaps one of the fishermen alongside the mermaid. Of course, his friends will want to find him.

But, overall, Siren has a strong start. If you love a little Jaws-like horror, well-written mythology with a good understanding of folklore, and a potential paranormal romance, you don’t want to miss Siren. It’s one of the best new shows of the season full of wonder, imagination, and a dark beauty that will hopefully capture your undivided attention as much as it already has mine.

Content Note: Siren is rated TV-14 for moments of horror and violence.

Where To Watch: Catch up on Hulu, Amazon, and Freeform.

Our romance-themed entertainment site is on a mission to help you find the best period dramas, romance movies, TV shows, and books. Other topics include Jane Austen, Classic Hollywood, TV Couples, Fairy Tales, Romantic Living, Romanticism, and more. We’re damsels not in distress fighting for the all-new optimistic Romantic Revolution. Join us and subscribe. For more information, see our About, Old-Fashioned Romance 101, Modern Romanticism 101, and Romantic Living 101.
By Autumn Topping on April 9th, 2018