In fiction much is made of first love, and it is often believed to be the truest. However, not everyone gets it right the first time. As in real life, it is often the second, third, or even fourth attempt that leads to lasting happiness. These instances are somewhat less common in fiction. Second loves in fiction are often a slow burn, developing over longer periods of time. Protagonists are usually more hesitant and careful of their feelings. It is the longer courtship and gradual buildup that can make the love story all the more rewarding when the couple finally gets together in the end. Here is a selection of literary characters that found true love the second time around.

To readers of Little Women, from the moment they met, Jo and Laurie appeared to be made for each other; enjoying a good chemistry and similar hobbies.  As they got older, however, the two grew apart as Laurie pursued a university education, something which she as a woman could not do.  Louisa May Alcott famously said, “I won’t marry Jo to Laurie to please anyone.” By the time Laurie proposes, Jo sees that they are unsuited and refuses him.  Frustrated with her life, she eventually moves to New York to pursue her dreams.  While living in a busy boarding house and tutoring young girls, she meets Professor Bauer and he shows interest in her writing.  The two form a close relationship which eventually blossoms into love.

While Harry was not in love with Cho Chang, for a while it seemed like she might be the primary love interest for him.  Unfortunately, it turned out that she only had eyes for Cedric Diggory. Meanwhile, Ginny Weasley harboured a crush on Harry ever since the first book, The Philosopher’s Stone.  However, for a long time, Harry only ever saw her as Ron’s little sister.  Throughout the books, Ginny grows up to be an intelligent, funny and talented young witch. She has all but given up on Harry returning her affections and so takes Hermione’s advice to try dating other boys.  Finally in Half-Blood Prince, Harry notices his own feelings of jealousy when he sees her with Dean Thomas and the two eventually kiss after a Quidditch match. The epilogue to the series reveals that they later marry and have three children.

Despite being the main character of the book series, Lord Peter Wimsey, in this case, is the second love to Harriet.  When they first meet she is on trial for the murder of her fiance Philip Boyes. Lord Peter Wimsey sets about trying to prove her innocence and save her from a certain death.  Harriet only appears in four of the mysteries. They have a strong chemistry and Wimsey is taken with her from the very beginning.  He proposes many times often jokingly to which she refuses despite being quite fond of him.  The two solve several mysteries together before she finally accepts him in Gaudy Night. They have a beautiful exchange in the Scholars’ Gardens in Oxford when he asks her to marry him one last time in Latin.

#4 Bathsheba Everdene and Gabriel Oak – Far From the Madding Crowd

Some might argue that Gabriel Oak is actually Bathsheba’s first love but since she does not admit her feelings even to herself until the end of the book, it still counts.  Though the two meet and he proposes quite early on in the book, Bathsheba rejects him stating that she doesn’t wish to be married.  After a reversal of fortunes, he comes to work on her farm, becoming a close friend and confidante.  He remains in love with her as she is courted by other men.  It is only after she has loved and lost the unworthy Frank Troy that she finds the strength to admit her true feelings before it is too late.

#5 Eowyn and Faramir – The Lord of the Rings Trilogy

Eowyn of Rohan never truly had any chance of winning Aragorn’s heart away from Arwen, but she loved him all the same.  When she was wounded in battle fighting the Witch-King, she was sent to recuperate at the Houses of Healing. Here she met Faramir, also recovering from serious wounds received during the attack on Gondor. The two fall in love quietly and when Middle Earth is again at peace they marry.

When Heathcliff abducts Cathy’s daughter it is to force her to marry his son Linton. Despite his spoiled and spiteful nature the two form a fragile bond.  However, Linton is sickly and dies soon after the marriage. Initially, Catherine feels isolated and hates Hareton for his loyalty to Heathcliff.  However, after many miserable months, Catherine begins to see the good in Hareton and becomes aware of his feelings for her. To Heathcliff‘s chagrin, they begin to fall in love much like he and Cathy did many years previously.  After Heathcliff’s death, Hareton and Catherine are married, coming into their inheritance as owners of both Wuthering Heights and Thrushcross Grange. 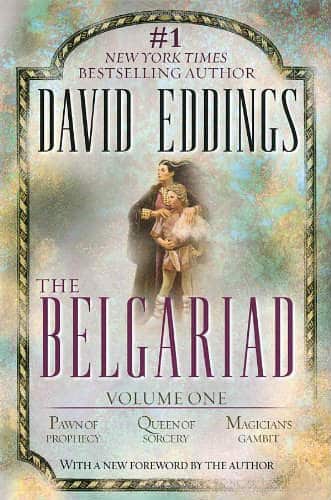 In book one of the Belgariad, Garion spent much of his childhood growing up on a farm completely unaware of his royal lineage and so fell head over heels for the slightly capricious Zubrette, one of his friends on the farm.  He leaves her behind when he sets out on his adventure to reclaim the Orb of Aldur.  During his journey, he discovers his true heritage.  He also meets a spoiled half-dryad Princess named Ce’Nedra who is, unbeknownst to him, destined to be his Queen.  The two hate each other for the first few books but throughout their travels begin to form an attachment and finally fall in love as was prophesized.

Marianne represents the sensibility in the title much concerned with poetry and an idealised version of love.  When the dashing Willoughby swoops in and rescues her when she turns an ankle in a rainstorm, she believes she is found a love worthy of poetry.  Unfortunately, despite genuinely loving her, he reveals himself to be false and marries another with greater prospects.  Marianne falls ill largely due to her romantic sensibilities. During her illness, Colonel Brandon does much for her inadvertently revealing the depths of his devotion. When she recovers, Marianne eventually begins to see his value. 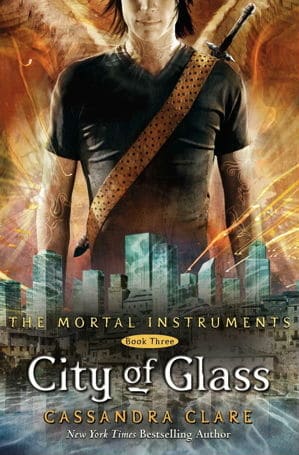 A young Jocelyn made the mistake of falling in love with Valentine, a young man who would go on to be a villainous extremist intent on wiping out those he viewed as having impure human blood.  Luke is also part of his army of misguided idealists, their loyal friend who harbours a secret love for Jocelyn.  When Luke was bitten by a werewolf and came to Valentine for help, he was turned away and told to kill himself before he becomes a monster. Instead, he runs away. Years later when Jocelyn finds the strength to leave Valentine and take her young daughter with her, she hides with Luke’s help. It is clear that he has loved her for many years and in City of Glass, Clary, Jocelyn’s daughter, convinces her to finally admit that she loves him in return as he is planning to leave.

David and Agnes were childhood friends who remained close into adulthood.  For his first marriage, he chose unwisely and married the childlike Dora.  They were happy for a time despite their problems until a miscarriage caused her to develop an illness from which she never recovered.  Agnes loved David quietly for many years, remaining a close friend during all his troubles.  After David has been through much, he returns to England and turns to Agnes, realizing that he has loved her for some time.  They marry and live happily ever after.

What do you think of these second loves? Is there anyone else you would include?

Our romance-themed entertainment site is on a mission to help you find the best period dramas, romance movies, TV shows, and books. Other topics include Jane Austen, Classic Hollywood, TV Couples, Fairy Tales, Romantic Living, Romanticism, and more. We’re damsels not in distress fighting for the all-new optimistic Romantic Revolution. Join us and subscribe. For more information, see our About, Old-Fashioned Romance 101, Modern Romanticism 101, and Romantic Living 101.
Pin this article to read later! And make sure to follow us on Pinterest.
By Elinor Cackett on September 28th, 2015