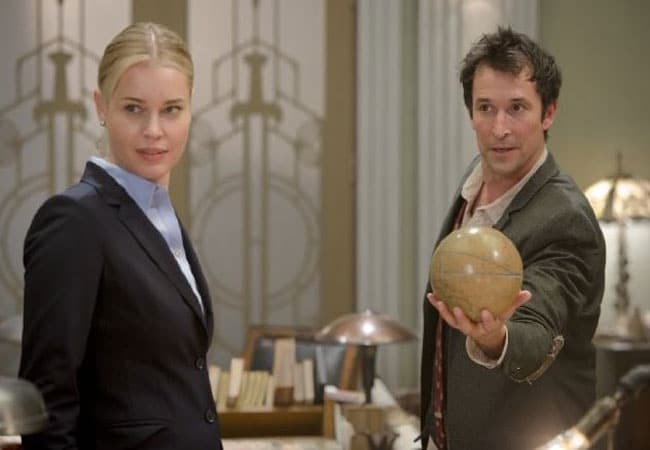 THE SHOW: The Librarians

THE MOMENT: Eve and Flynn leave to go on their ‘magical,’ adventure filled date. 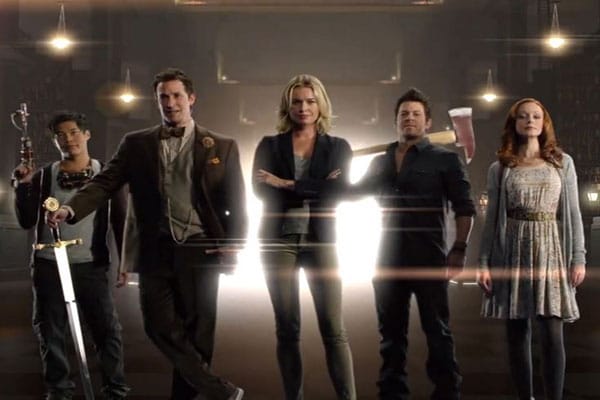 The season finale of The Librarians technically aired last week, but since I wasn’t the one writing last week’s romantic moment, I knew I would have to wait for my opportune time….

When the show first aired, I’ll admit I wasn’t completely sold. It was always fun, but also bursting with a side of too much cheese. Nevertheless, I decided to stick around because the ideas were really good. A few episodes in, particularly by the fairy tale episode, I was hooked. For those who regrettably gave up on The Librarians after a mediocre opening hour (though the second hour improved by leaps and bounds), you really missed out on an exciting, adventure filled show. The dialogue improved (especially regarding some great one-liners), the characters were more richly developed, and the mythology research (the writers actually did some unlike another show that shall go unnamed) stayed true to the show’s title. But aside from all that, I really found myself rooting for the romantic development between Flynn Carsen and Eve Baird. 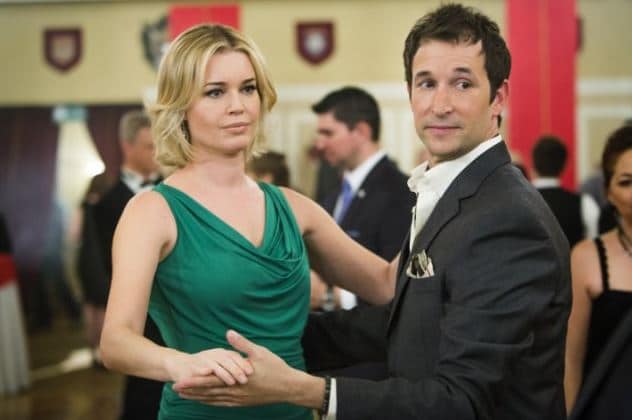 Sure, Flynn was only in 4 out of the 10 episodes, but that’s because Noah Wyle had another TV show to shoot. In fact, I kind of feel like his absence (as he searched for the missing library) helped the series. Why? Every time he returned, it felt like a big deal. His absence created tension between The Librarian Flynn and his guardian Eve. Yes, their first kiss in episode 2 came a little quickly (probably because the actor’s availability was limited), but by the season finale, I adored these two. 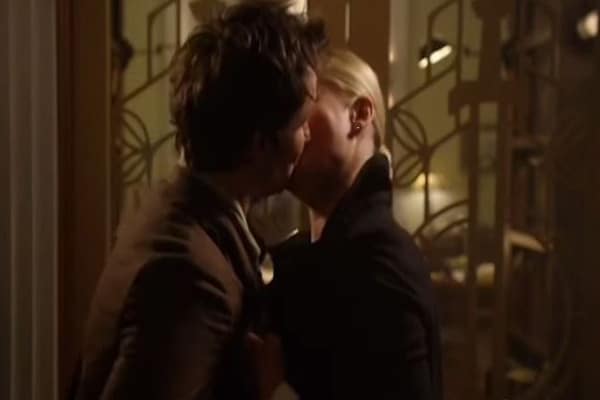 Adventure, something most of us long for. For those of us longing for something a little more extraordinary, imagine discovering a crazy man who calls himself The Librarian (instead of The Doctor) who can take you on magical adventures, full of danger and excitement. Wouldn’t you want to go? For Eve, work used to be the only component of her life. 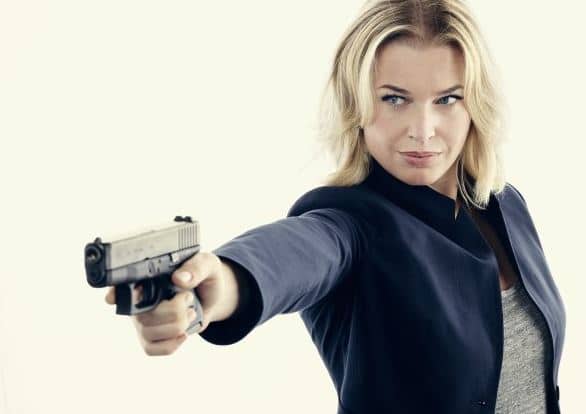 For Flynn, before he gave up being a full time student, he too only had work. No friends, no family left. There was a sense of loneliness for both of them, until they found each other. 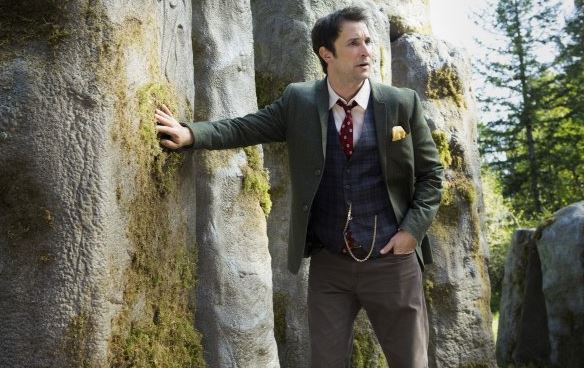 Since both are workaholics, I loved that Flynn and Eve could come together while working AND that work could become a romantic adventure at the same time. That is what this week’s romantic moment is truly about.

After bringing back the library, returning time to normal, defeating Lancelot (yes, the mythology is quite Arthurian), and saving Eve from her fate (Flynn doesn’t believe in fate) to die protecting a librarian, the group of librarians separate. Jake, Cassandra, and Ezekiel would go their own way, “every day a new mystery,” fighting evil as a team, while Eve and Flynn would remain as Guardian and The Librarian going on their own date like adventures.

Once everyone takes off, leaving Eve and Flynn alone, Eve teases Flynn about what he would have been like if he never became The Librarian (getting to witness it first hand as time became unwoven in the loom of fate). He was “scattered, annoying, alternating between bad puns.” Basically, as Flynn points out, everything was “business as usual.” Then, the magical book lights up, implying their help is needed to stop some sort of magical evil in the world. Mad scientist perhaps or an evil cult… 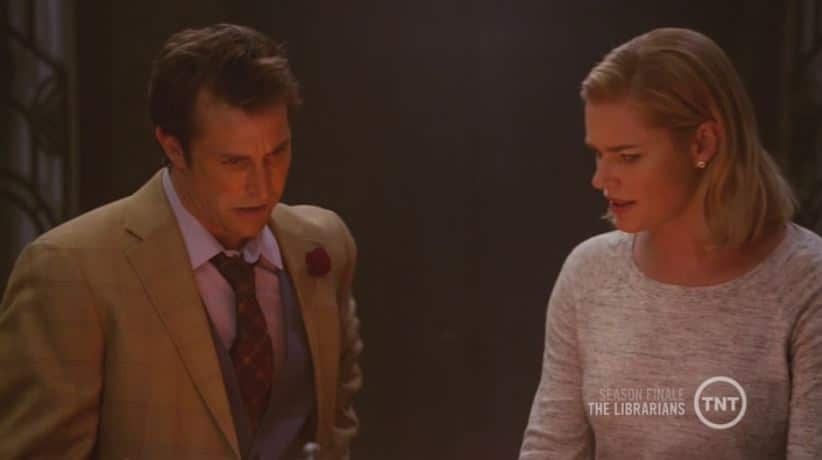 In the midst of this revelation, Flynn starts adorably rambling (as he likes to do from time to time), attempting to ask Eve out on a date. 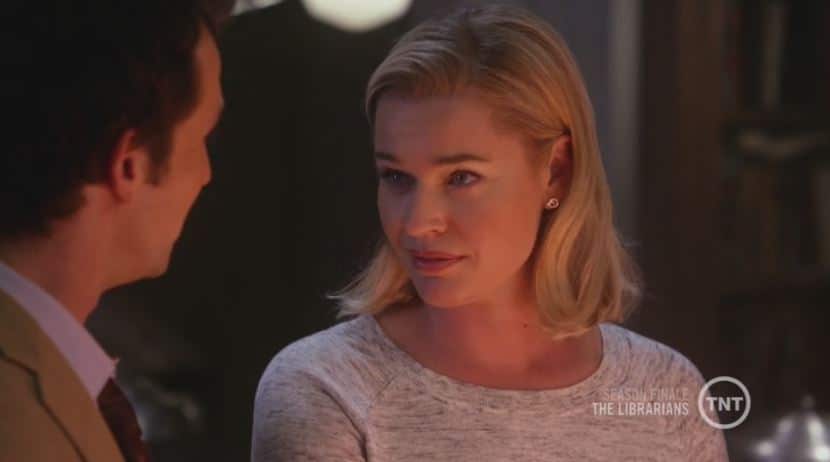 Eve: You’re asking me on a date

Flynn: Yeah. Yes, I am. Good ‘cause I had about 9 more minutes of that.

“Where were you thinking of taking me?” Eve asks Flynn flirtatiously. He puts a jacket on her as if ready to leave right that moment. 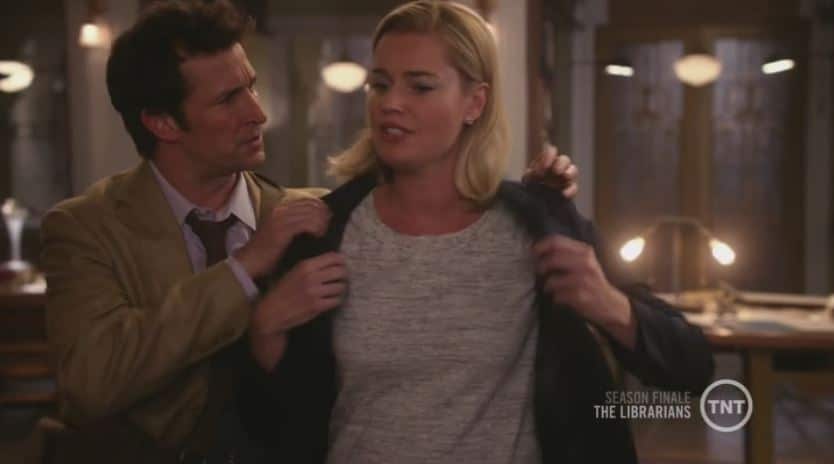 Eve comes to a realization with a smile: “Going to fight [investigate according to Flynn] an evil cult [monster] is your idea of a date.” Flynn just smiles coyly in front of the magically transporting doors. 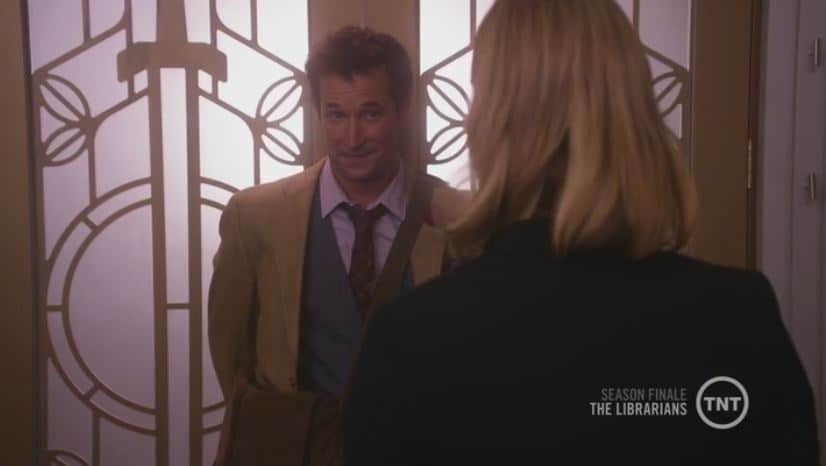 Eve smiles and laughs back; her idea of a date is exactly the same thing. 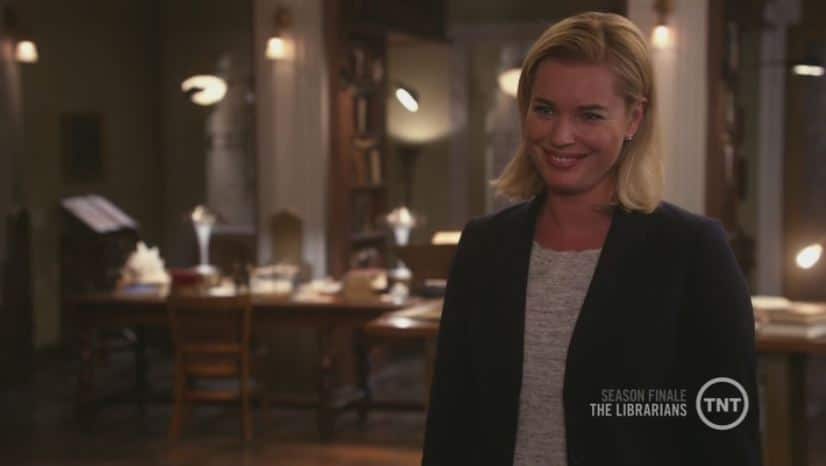 Eve: “Do you have any idea what’s on the other side of this door?”

“No,” Flynn replies with a smile. Then he opens the door, encouraging Eve to go on this date ‘like’ adventure with him. 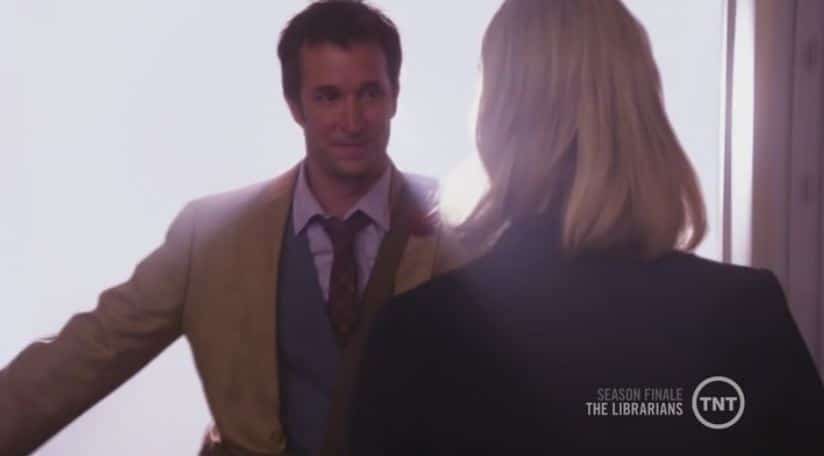 He grabs Eve’s hand and says, “but isn’t it grand?” 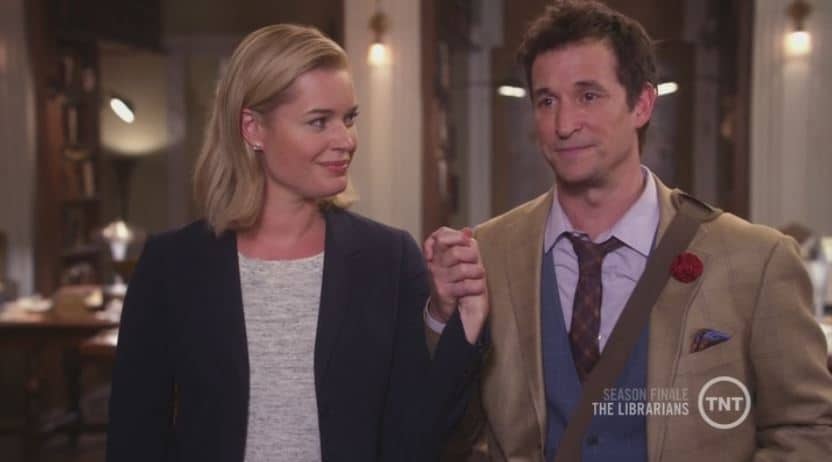 The two jump through their door to start their next adventure. 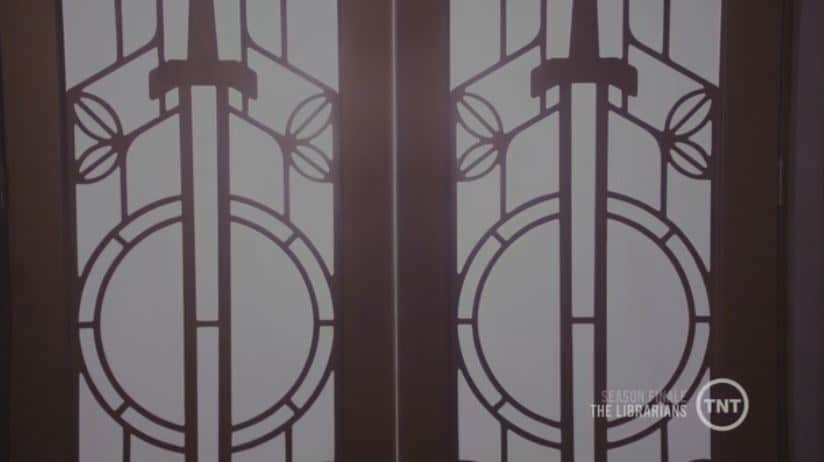 I don’t know about everyone else, but a magical journey with the man you love sounds way more romantic than merely a dinner date…

What do you think of the romance between Eve and Flynn? Does their dating style kind of remind you of the Doctor and Rose? Sound off in the comments…

Our romance-themed entertainment site is on a mission to help you find the best period dramas, romance movies, TV shows, and books. Other topics include Jane Austen, Classic Hollywood, TV Couples, Fairy Tales, Romantic Living, Romanticism, and more. We’re damsels not in distress fighting for the all-new optimistic Romantic Revolution. Join us and subscribe. For more information, see our About, Old-Fashioned Romance 101, Modern Romanticism 101, and Romantic Living 101.
Pin this article to read later! And make sure to follow us on Pinterest.
By Autumn Topping on January 31st, 2015