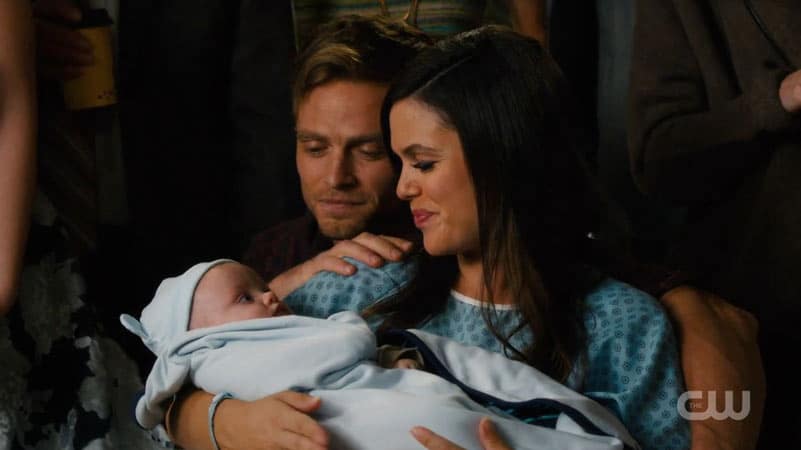 THE SHOW: Hart of Dixie

THE MOMENT: Both Zoe and Wade and Lavon and Lemon get married…oh and they also break out into song.

While it hasn’t been officially announced as of yet, last night’s episode “Bluebell” was more than likely its series finale. And what a perfect sendoff it was! The episode was a love letter to the town, to the characters, to the writers, to the cast, to the fans, to everyone…So I thought it’d be more than fitting to have this week’s romantic moment (or moments) be all about the two long awaited Bluebell weddings.

RELATED: Romantic Moment of the Week: Wade and Zoe

First up? Zoe and Wade. After Lemon and Lavon accidentally took Zoe’s proposal to Wade, Zoe and Wade’s own engagement remains up in the air. Zoe wants Lemon to be happy and doesn’t want to take away her limelight. But after Wade gets approval from Lemon (who has mellowed out considerably), the two are in the clear to be engaged and tie the knot.

But Zoe wants to hold out for better timing. Unfortunately for Zoe, she goes into labor at Lemon’s engagement party. She’s then rushed to the hospital where the whole town gathers as support. Right then and there and in the spur of the moment, Zoe decides she can’t wait a second longer to have Wade as her husband. She is going to be married before she has that baby no matter what!

So as Zoe is wheeled down the hospital hallway, her friends circle around her and Wade as they exchange vows and say “I Do.” Even Zoe’s mother is part of the wedding through video. 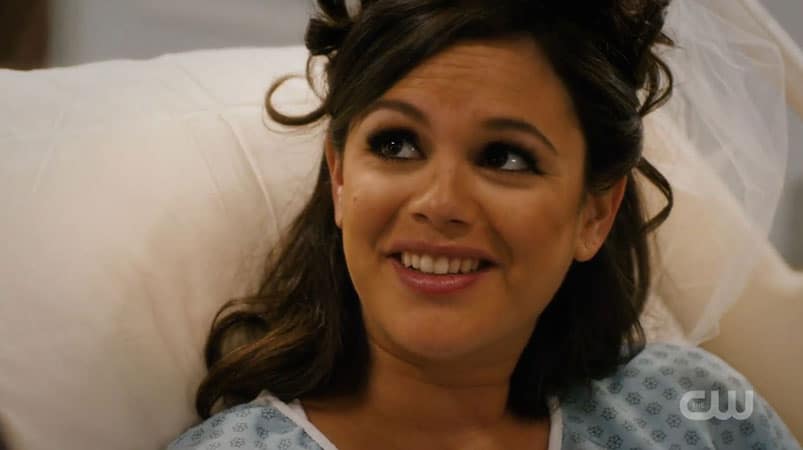 “Wade, you are the piece of me that’s always been missing,” Zoe reveals. “Through your eyes, I see myself in a whole new, better way. And with you, I know true love!” Zoe’s speech is broken up intermittently with cries of pain and humorous outbursts from her mother. But Zoe finishes it out saying that “she can’t wait to spend her life” with Wade.

Then Wade takes his turn: “Zoe Hart, you’ve turned my damn world upside down. But you made me a better man,” he confesses. “I’m so excited to be your husband, to be our little boy’s daddy,” Wade says with a smile and deep emotion. “And I will do everything just to make you as happy—“

Zoe cuts him off as she cries out in pain. That baby’s coming. They need to get married now. 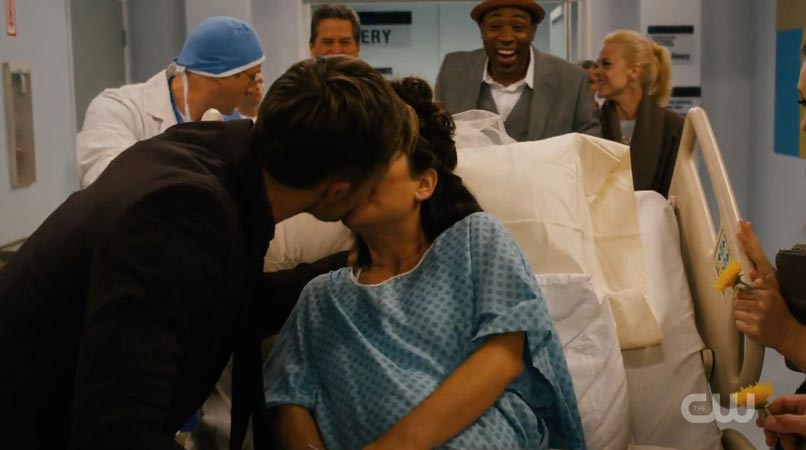 From there, Zoe has a baby boy and comes out to greet everyone. Meatball and the Truitt brothers show up to sing their new song they wrote for them. It’s all about “heart,” and “home.”

Then everybody breaks into song and dance proving just how much of a “fantasy” show Hart of Dixie really is. 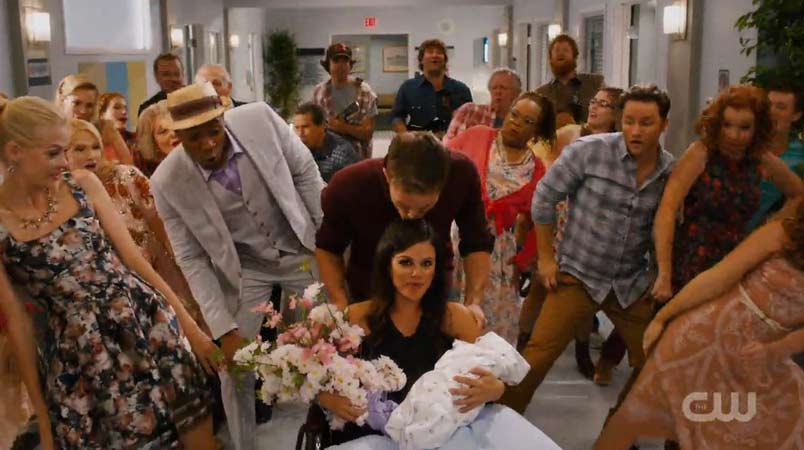 The singing and dancing transition out of the hospital and into town square which becomes Zoe and Wade’s reception. Time then passes and the reception turns into a wedding: Lemon and Lavon’s wedding.

Which brings me to part 2 of this week’s romantic moment. After years of wondering if these two would ever get together, Lemon and Lavon become engaged (for a second time in a more “real” way after she discovers Lavon’s proposal was actually Zoe’s). And here, they sing their vows.

First up is Lemon:

“You’re my bright star in the dark of night,” she sings as she puts on his wedding ring.

“You’re my one true beating heart to life,” Lavon sings with a smile. 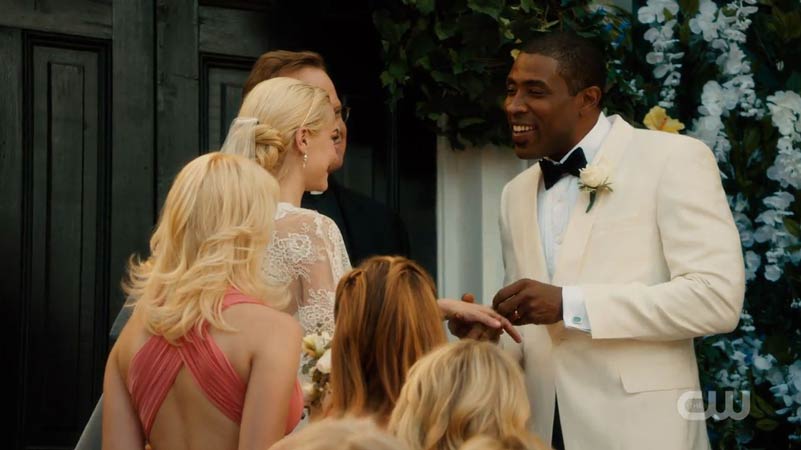 And then the two kiss becoming husband and wife. 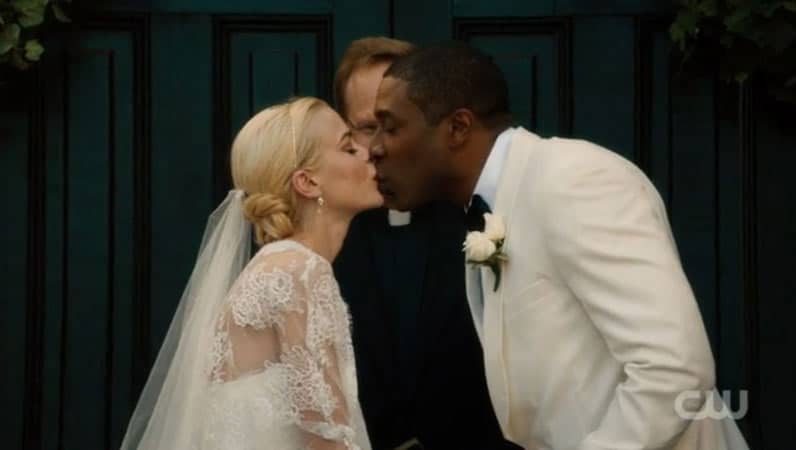 And then the episode (most likely the show) ends with a nice montage leading up to one more beautiful moment. The town of Bluebell is a nice fantasy of what we sometimes wish life was like. So it was a nice touch when Zoe and Wade close out the series in a sweet “meta” moment that not only summed up the series perfectly, but was also a perfect romantic moment.

“Do you think all small towns are like this one?” Zoe asks.

“I’d like to think so, but something tells me probably not. I know I love ours,” Wade replies. 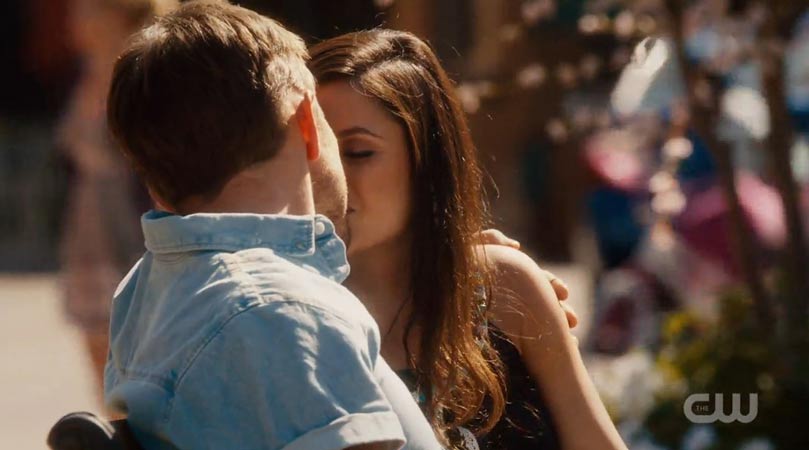 As the finale song says, “Long live the heart”… Hart of Dixie that is! The series was an upbeat, optimistic story with a lot of heart and soul and if it’s canceled like everyone assumes, it will be missed!

What did you think of the Hart of Dixie finale? Were you satisfied? Or did you want a different ending?

Our romance-themed entertainment site is on a mission to help you find the best period dramas, romance movies, TV shows, and books. Other topics include Jane Austen, Classic Hollywood, TV Couples, Fairy Tales, Romantic Living, Romanticism, and more. We’re damsels not in distress fighting for the all-new optimistic Romantic Revolution. Join us and subscribe. For more information, see our About, Old-Fashioned Romance 101, Modern Romanticism 101, and Romantic Living 101.
Pin this article to read later! And make sure to follow us on Pinterest.
By Amber Topping on March 28th, 2015