THE MOMENT: When Monroe asks Rosalee to marry him.

With the Olympics taking over television this week, we haven’t had much to choose from for our Romantic Moment, so I decided to branch out a bit. A very significant romantic scene occurred on Grimm some weeks ago, and since a new episode hasn’t aired since then, I decided that I am going to highlight that moment.

Some of my favorite romantic couples are not the main pair but rather the sidekicks. I gotta say. I’m a sucker for sidekicks. They just don’t get enough recognition. So, when I see a sidekick couple starting to form, I immediately get giddy inside. My favorite sidekick couple of this year would have to be Monroe and Rosalee from Grimm. They are true sidekicks in every sense of the word. Without them, most of the cases wouldn’t get solved. Plus, they are super cute together!

Monroe immediately stole my heart on the show. I love all of his quirks and that he’s a vegetarian Blutbad. His sordid past and his ability to gain experience from it, but not let it rule his life is an admirable trait. It’s one of the things that ties him and Rosalee together, and makes their bond so strong. I love how he decorates his entire house for Christmas, and that he knows everything there is to know about clocks. I find this especially endearing because he doesn’t look like the type to be so sensitive and sweet. He’s a pretty big guy, and the beard just adds to his rough mountain man look. Monroe definitely stands out as a character on the show.

Rosalee is also near and dear to my heart. I love her for rising above her difficult past and getting on with life. We only get a few hints here and there about Rosalee’s former life of crime, but she seems to have been in quite the bind. I also think she must be one of the sweetest characters on the show. Her sweet and understanding demeanor makes her the perfect match for Monroe. I absolutely love them together!

When they first got together on the show it surprised me. I hadn’t expected the show to go in that direction. After a while, though, I saw how well they complement each other. Rosalee sometimes calms down Monroe’s more excited side. She accepts his quirks and lets them flourish, rather than wanting to dampen them. I love how Monroe helps Rosalee at her shop too. The two are just too cute together for words. It’s kind of like the lion pairing up with the lamb. All in all, they make a very sweet couple.

For weeks the progression of their relationship has been slowly building in each episode. We saw them go on their first date, and then more dates followed that. Finally, Monroe asked Rosalee to move in with him. We shared their first Christmas together. And now it has all culminated in this week’s episode where Monroe works up the courage to ask Rosalee to marry him. I’ve been waiting for this moment, as my two cohorts will gladly tell you, for weeks. I’ve been waiting with baited breath to be able to include them in our Romantic Moment of the Week for some time now. And now I finally get to do just that.

Monroe has asked Rosalee out to a very pricey and elegant restaurant. He’s nervously waiting downstairs when Rosalee finally emerges, knocking him speechless with her ensemble. 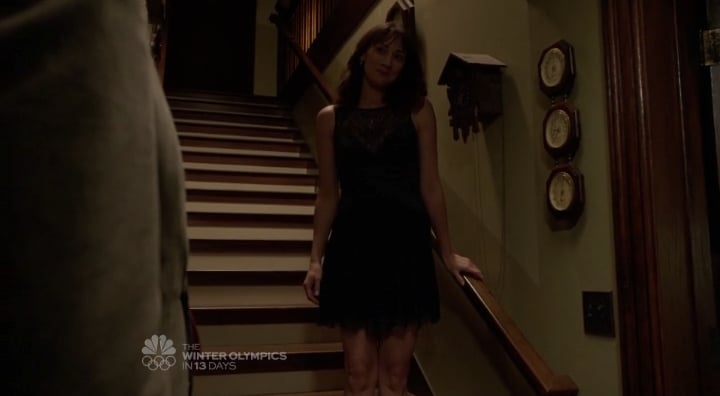 Rosalee asks Monroe if he’s sure that he wants to go to the restaurant and he nervously affirms that he does. I can just imagine him going over what he’s about to do a million times in his head. Monroe is the type of person that would want to get everything down to the last detail perfect. 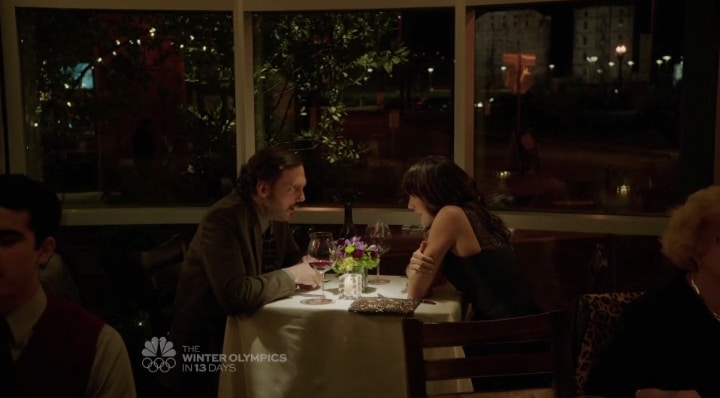 The scene then switches to them at this lavish restaurant discussing their first time they turned into a wessen. Innuendo abounds here with them not actually explaining what “first time” they are talking about until a few moments in. Monroe then offers to buy another extremely expensive bottle of wine, making Rosalee suspicious. Rosalee looks at him seriously and asks,

“Are we celebrating something.”

Monroe is certainly dragging this out. Cut to when Rosalee and Monroe are arriving home after their fancy night out. Monroe is going on excitedly as usual about some clock. Rosalee says she’s going to go get change into some more comfortable clothes, but Monroe insists that he must show her the clock first. 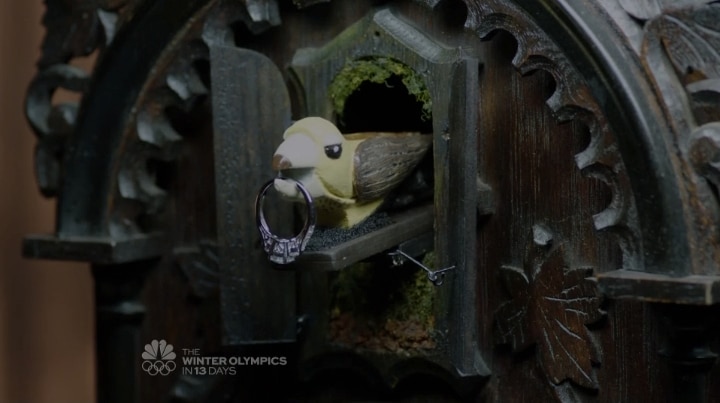 In a cute turn of events the bird in the cuckoo clock comes out holding a ring and saying,

“Will you marry me?” 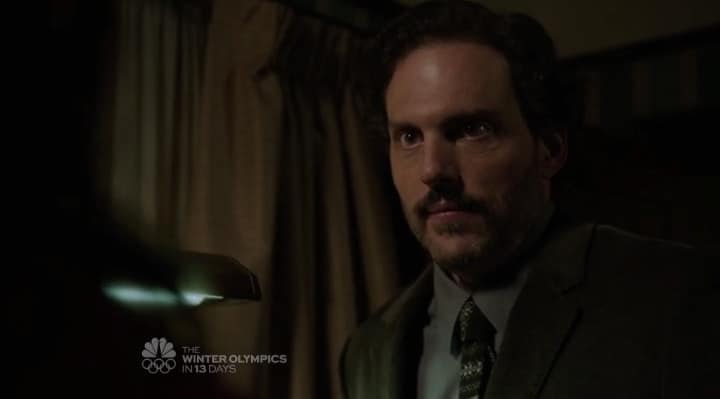 After he has gone down on one knee the two look back and forth at each other, with Monroe asking softly,

Rosalee looks stunned, and doesn’t reply for a few moments, causing Monroe to say, “It’s too much. It, it’s over the top.”

Then Rosalie breaks down with a, “No, I mean yes. I mean I will.”

“Really? You’re not just saying that because of the clock?”

“Then I guess you better wear this.”

The scene ends with Monroe putting the beautiful, and might I say expensive looking, ring on Rosalee’s finger and the two coming together in a kiss. What a sweet moment!

What do you think of Monroe and Rosalie? Sound off below…

Really feeling the Valentine’s Day spirit. Check out my list of Top 30 Cleverly Clean Romance Novels to Sneak Under Your Covers.

Want to see some more sidekicks have their moment in the spotlight? Read my list of Top 30 Super Sidekicks.

Our romance-themed entertainment site is on a mission to help you find the best period dramas, romance movies, TV shows, and books. Other topics include Jane Austen, Classic Hollywood, TV Couples, Fairy Tales, Romantic Living, Romanticism, and more. We’re damsels not in distress fighting for the all-new optimistic Romantic Revolution. Join us and subscribe. For more information, see our About, Old-Fashioned Romance 101, Modern Romanticism 101, and Romantic Living 101.
Pin this article to read later! And make sure to follow us on Pinterest.
By Rebecca Lane on February 15th, 2014

4 thoughts on “Romantic Moment of the Week: Monroe and Rosalee”