THE EPISODES: “Laws of Nature,” and “Purpose in the Machine” and “A Wanted (Inhu)man – Aired September & October 2015.

THE MOMENT(S): After Simmons disappears inside the Monolith, Fitz does whatever it takes to find her and prove she’s still alive. Eventually, he proves the Monolith is a portal and he finds his way back to save her. Afterward, Fitz tries to help Simmons assimilate back to normal life.

When Agents of S.H.I.E.L.D. first premiered a couple of years ago, I never thought there would be an epic, believable romance between Leo Fitz and Jemma Simmons – two scientists (and agents) with a relationship so close, so united, they seemed more like siblings or even twins than potential love interests. However, the premiere quickly revealed they were actually best friends with kindred souls. Still, a romance between these two felt questionable. Were they too much like a brother and sister to make for a strong romance?

Over time, that answer became unquestionably yes, especially as Fitz’s unrequited feelings for Jemma became such a powerful center to the series. Many of his motivations connect to his feelings for her. And really, the show doesn’t quite work without both of them. Together they simultaneously make the show more complete while also completing each other as fictional characters. Though it should be noted, that at this point in the story, Simmon’s feelings remain ambiguous.

A few weeks ago, season three premiered with many cliffhangers left unresolved by the season two finale. Most notably, the disappearance of Jemma when she was sucked into the Monolith – a mysterious and dangerous alien rock. Was she killed? Or was the rock a portal?

It’s this dilemma that leads into the series of romantic moments I’ve chosen to highlight. All of these moments are about one unified idea: Fitz’s incredible love for Simmons that lead him to do whatever it takes to find her and bring her home. But he doesn’t stop there; after he does bring her home, he remains there for her like a rock – a steady force who listens and supports her as she re-assimilates back into normal life after spending months in constant fear and anxiety.

Together, Fitz and Simmons are of one mind and so united in souls that they almost belong in a Bronte novel – despite neither one of them being dark or Byronic. However, it’s that same type of focused and constant love that makes these series of scenes so epic.

Fitz makes it his mission at the start of season three to find Jemma and bring her home, even though everybody else has given up on her and believe her to be dead. The team thinks Fitz is out chasing ghosts when he should be home grieving.

But Fitz is persistent. He will do whatever it takes to bring back the woman he loves. No matter what anyone says, he remains convinced she’s still alive.

The season premiere, “Laws of Nature,” brought Fitz on a literal quest to Morocco to uncover a clue about the Monolith. Maturing quite a bit from last season, Fitz faces dangerous criminals to find the truth.

Even they realize how deep his love goes. “This woman, you went to all this trouble for? You love her, yeah?”

Of course, he admits to loving her – something we all already know. However, it’s romantic to see Fitz traveling to distant lands and facing danger alone as he seeks the one clue that will lead him to her. Ultimately, it is this final clue that helps him piece together that the Monolith is, in fact, a portal.

ROMANTIC MOMENT #2 – “PURPOSE IN THE MACHINE”

Episode two, “Purpose in the Machine,” leads to the team (who are now on board) using an ancient machine to open the portal and find Jemma; no one more determined than Fitz.

As Daisy uses her powers and the machine to open the portal, Fitz (hooked to a rope) jumps into the portal desperate to find Jemma. The rest of the team (surprised by what he does) doesn’t know how long they can keep it open. 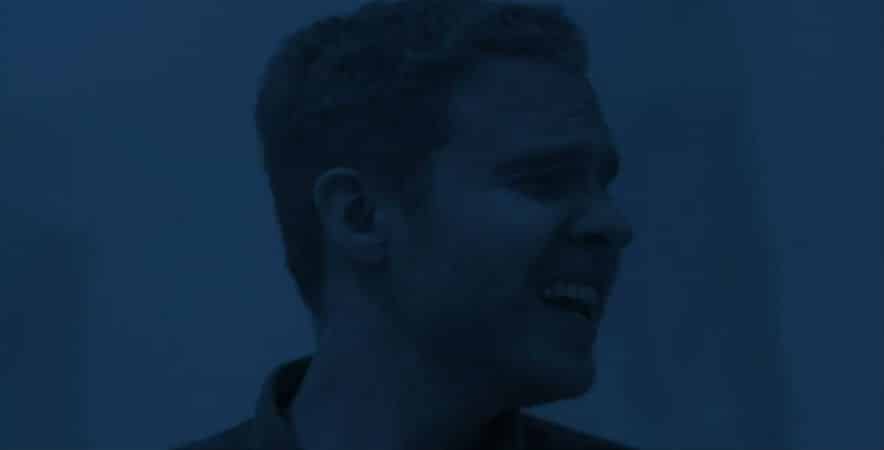 Fitz finds himself in what seems to be an alien planet with intense wind and fog. It’s barren looking and cold. Fitz cries out to her:

He says her name repeatedly hoping to hear or see her. And then he hears the sound he’s been longing to hear for months.

Fitz pushes against the current of the stormy atmosphere to make his way to Jemma. 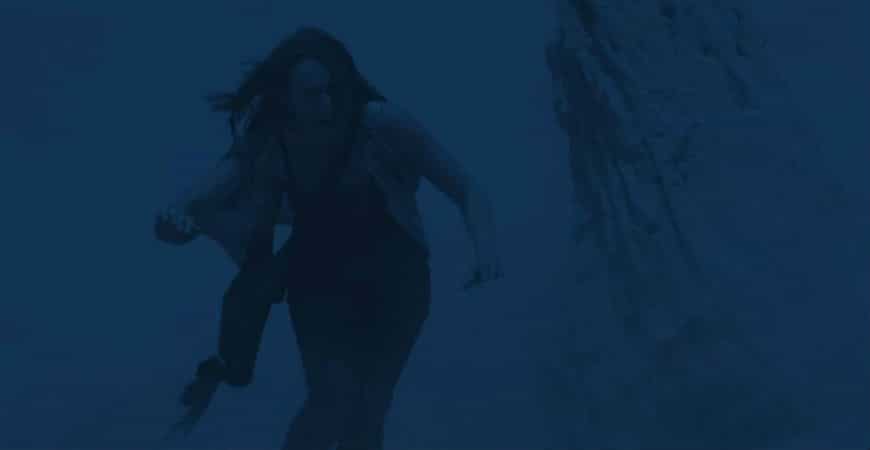 They call out to each other over and over. And then they see each other. The two reach for each other as they push against the powerful wind. 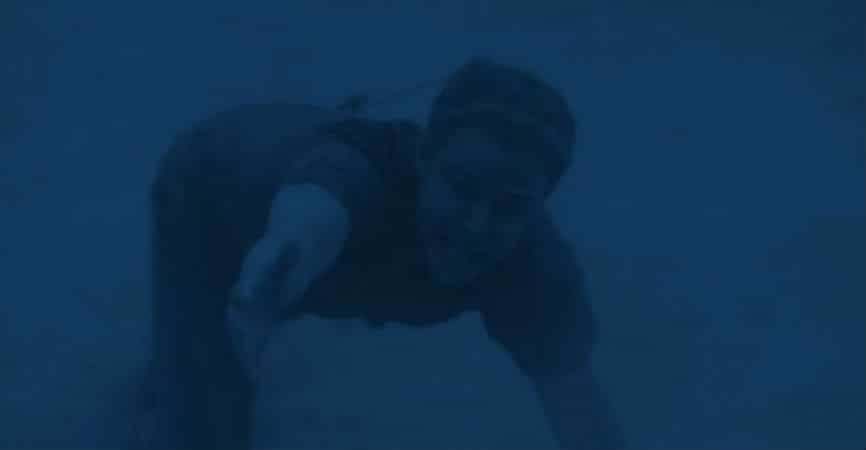 And then their fingers touch! 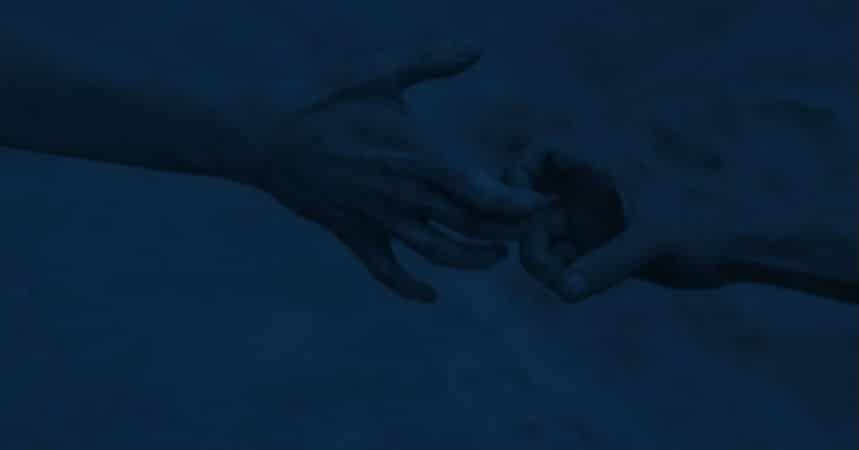 But, just at that moment, Daisy reveals that she can’t hold the portal open. Agent Coulson begins to pull him back, afraid that Fitz too will disappear inside the portal forever. They begin reeling him back in, ripping Fitz and Simmons from each other.

Still, the two won’t give up. Jemma inches her way back to Fitz using all of her strength. And then they once again clasp hands. Fitz smiles thinking he finally has her! 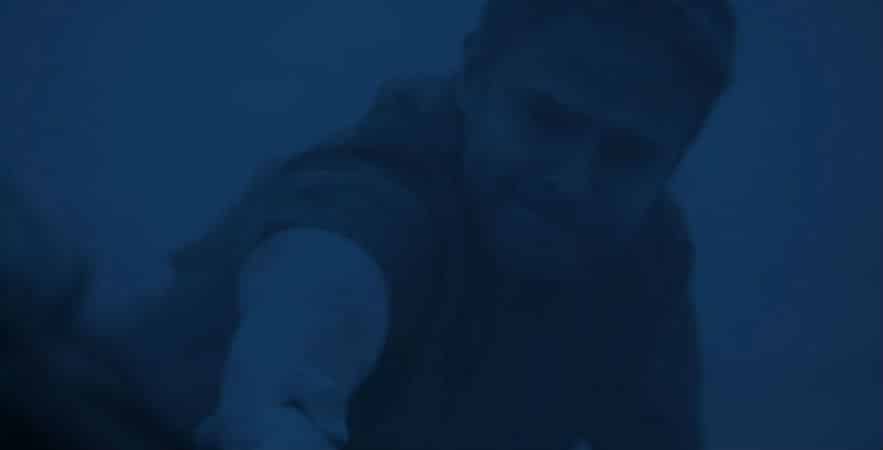 But they don’t have a good grip. Their grip loosens. Fitz mouths “No” in the deafening wind as epic music plays. Simmons too yells, “No,” holding on as best she can. 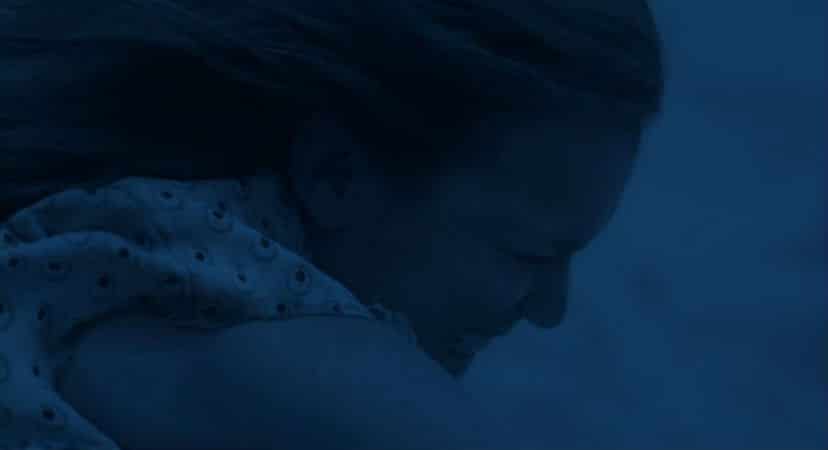 They are barely holding on and she could slip away forever at any moment.

And then an explosion.

The Monolith explodes, broken – now only crumbling space rock. Was Fitz able to hold onto Jemma long enough to bring her back? Or was she gone forever? Fitz digs through the crumbled Monolith and finds her. 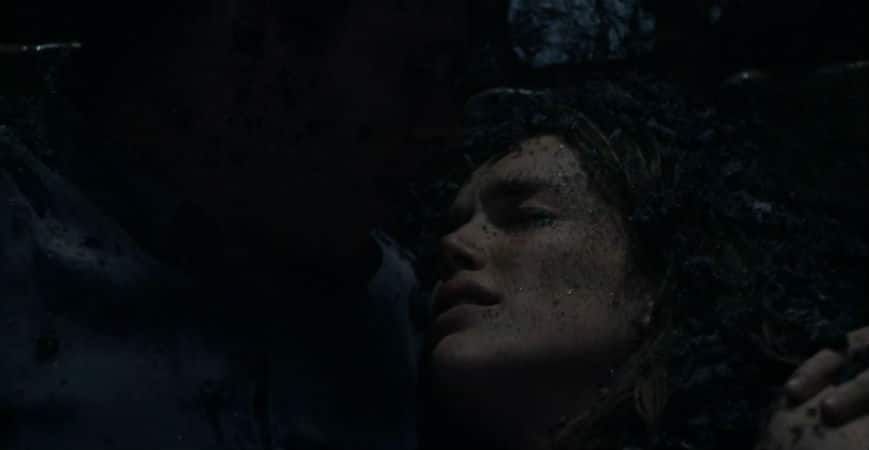 Simmons looks up at Fitz, amazed by what he’s done for her. The two hug each other with extreme emotion and joy. 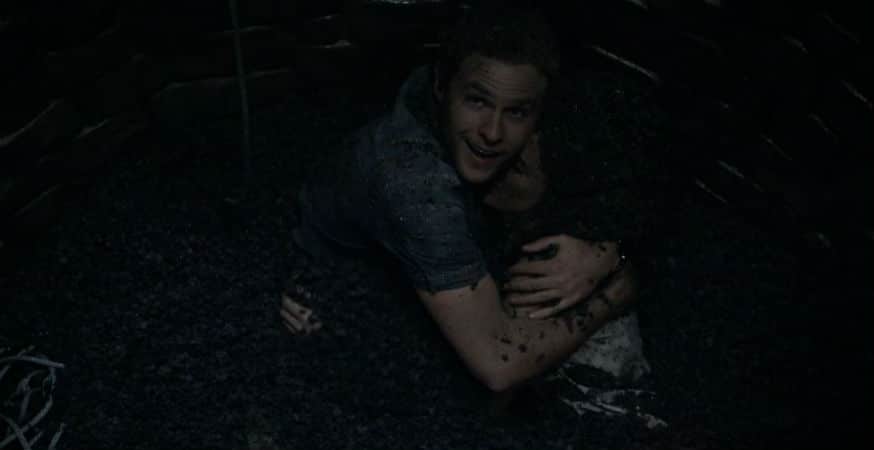 I don’t know about you, but there’s not a whole lot more romantic than someone crossing time and space (and portals) to save you!

With Jemma’s return, comes all the side effects of her having to live on a dangerous planet for months. She seems to be experiencing PTSD, but Fitz remains at her side to help her through the process.

After he discovers how disoriented she is (and, therefore, unable to return back to her lab because of all the noise and distractions), he decides to once again step up for her. He takes her out to dinner. But this isn’t just any dinner. He’s had this reservation for months. And to make it extra special, Fitz sets up a private dinner for the two of them at a fancy restaurant. So no noise, no other customers, no distractions. Just a quiet, peaceful dinner for her to relax.

The two sit down for dinner, with Jemma surprised and emotional. She takes the time to finally thank him.

“Yeah, it’s a nice restaurant,” he says, misunderstanding her.

“Yeah, but for more than that—for finding me.”

“What else was I gonna do?” Fitz asks honestly.

And really, what else was he going to do? Fitz loves Simmons so completely that he isn’t really “living” without her.

The conversation then turns back to dinner, where Jemma breaks down into tears. Fitz gets up from his seat and sits next to her. He simply holds her as she cries. No doubt, his love and support will help her as she continues to heal in the upcoming months.

While I wasn’t rooting for these two in the beginning, I admit they’ve completely won me over and I can’t wait to see what happens with them next.

Episode three does end with a bit of a cliffhanger relating to this whole story: Simmons wants to go back! But for what reason? She certainly doesn’t want to stay there and was thrilled to be rescued. So, there must be others stuck there who she wants to save, right? Well, that’s just a theory for now.

What did you think of these episodes? Were you happy with the epic rescue of Simmons by Fitz? How do you think their relationship will play out the rest of the season? Let me know in the comments!

Our romance-themed entertainment site is on a mission to help you find the best period dramas, romance movies, TV shows, and books. Other topics include Jane Austen, Classic Hollywood, TV Couples, Fairy Tales, Romantic Living, Romanticism, and more. We’re damsels not in distress fighting for the all-new optimistic Romantic Revolution. Join us and subscribe. For more information, see our About, Old-Fashioned Romance 101, Modern Romanticism 101, and Romantic Living 101.
Pin this article to read later! And make sure to follow us on Pinterest.
By Amber Topping on October 17th, 2015

2 thoughts on “Romantic Moment of the Week: Fitz and Simmons – Love Conquers All”