After six years, Nashville aired the final episode this week on July 26, 2018. Now I’ve watched the series from the beginning, and while there were a couple of rough patches, overall the quality of the series remained throughout. With great writing, fascinating and layered female characters of all kinds, and fabulous original music, there was a lot to love about this series. But one of the main aspects of the show that kept the audience tuning in week to week were the numerous romantic relationships and all their ups and downs. Most notably: Deacon and Rayna, Scarlett and Gunnar, and Juliette and Avery.

However, only one of these relationships had their HEA (happily ever after) by the finale. In season 5, Rayna tragically passed away in a car accident. And after too much angst, it became clear that Scarlett and Gunnar were just not meant to be. Still, Juliette and Avery had the audience rooting for them all the way to the end. And even though Rayna died, her and Deacon’s soulmate connection has a love that transcends death. And thankfully, Connie Britton who plays Rayna came back for the finale to give us one more “perfect” romantic moment.

So, for this week’s romantic moment, I wanted to put the spotlight on the romantic finale of Nashville and a couple standout scenes. 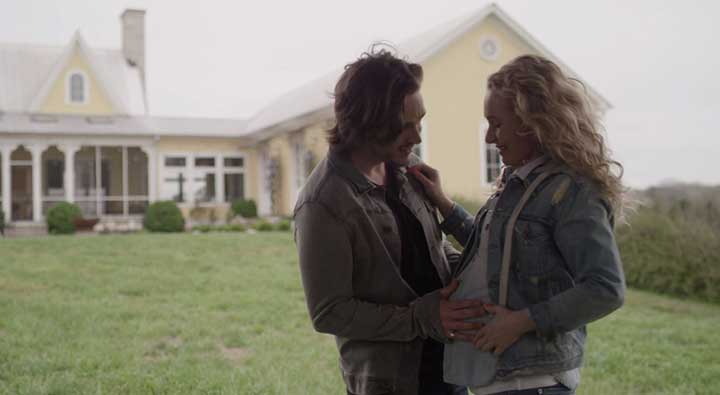 There was a big question mark hanging over these two all the way up to the end. Would they or would they not work out their years of emotional baggage and find a way to be together? Juliette and all her emotional issues plus impulsive self-destructive behavior almost put the final nail in the coffin between them. However, after escaping a cult and choosing to leave the music industry behind, Juliette finally seemed to have it together. Not to mention that she’s also pregnant again. Showing her new maturity, Juliette sold her house and bought another house in the country. She also told Avery she wanted to be with him but only if he chose to be with her. She didn’t want to trap him.

Which brings us to their romantic moment of the episode.

RELATED: Romantic Moment of the Week: Juliette and Avery – A Wedding Surprise

After another few months of separation, Avery pays a visit to Juliette at her new country home (an idyllic setting of peace and happiness). He also just happens to have luggage with him which is a good sign.

Juliette points out his luggage and then waits for his response. “Juliette…I need you,” he tells her. The anxiety on her face melts away to relief and then happiness. “And I want to spend the rest of my life with you,” he continues. She smiles. “And if you would–”

Juliette cuts him off and puts her hand on his mouth.

“Yes,” she answers. He smiles and the two share a kiss. They laugh, he touches her pregnant stomach, and then they pick up their daughter on the swingset to go look at the goats! It’s the beginning of the rest of their lives together. And it’s the perfect happily ever after for these two.

Deacon’s come a long way over the years, especially after losing Rayna, the love of his life. But he’s sober, he has a wonderful relationship with his daughters, and he’s finally on tour. And at the very end, he finally forgives his father in an emotional musical sequence which should bring anyone to tears.

But before the final performance, Deacon takes a moment alone and recalls his wedding night with Rayna. So, for their romantic moment of the episode, it’s all about the flashback. 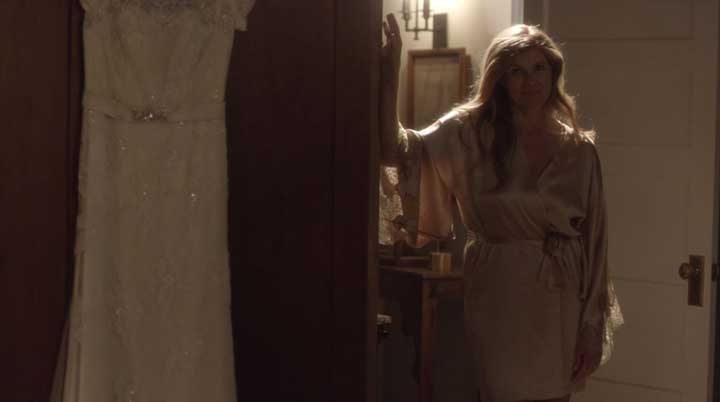 He sits alone and turns as if someone’s there. It’s Rayna. “Is this real?” he asks. If you pay attention, you can see the wardrobe change right after the question. They’re in a different place and time together. It doesn’t take long to figure out it’s their wedding night.

The two exchange happy, romantic banter as if they have the whole rest of their lives together. But Deacon’s wondering if it’s just all too good to be true.

RELATED: Romantic Moment of the Week – The Locking of Lips of Lucy and Wyatt from Timeless

“I mean, how has it happened, that all this stuff I done, all these things, all these regrets, they’re just what? Gone?”

“Exactly. Which means it’s still hanging around. Just waiting to…I don’t know. It’s like raindrops in a barrel. And it’s right at the top, all that pain. And just one more raindrop and…”

“I know, honey, yes,” Rayna responds. “We’ve hurt each other. We have our past. Because sometimes once in your life, somebody gets into your bloodstream. Doesn’t matter how much you’ve failed each other. We must choose each other. [These words also work as inspiration for Deacon to forgive his father.] And I choose you exactly the way you are. And I’m gonna love you forever, forever and ever.”

“Amen,” Deacon says with a smile. And then the two kiss. 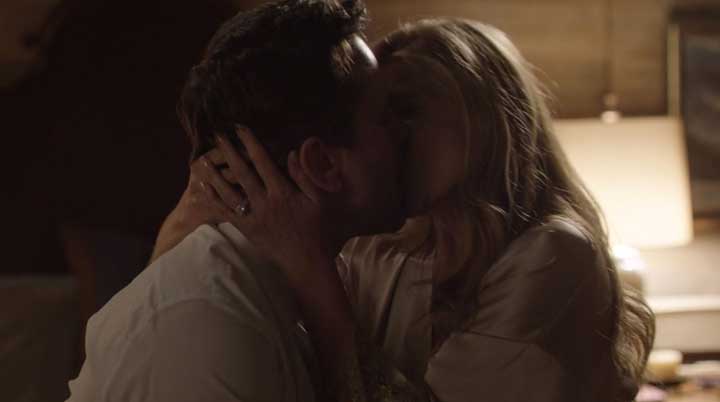 Not even death can break apart these two. And since Rayna reunited with her mother when she died (yes, this was shown on the show), then when Deacon dies, no doubt they’ll finally have their HEA. Or at least I like to think so.

IN OTHER MOMENTS FROM THE NASHVILLE FINALE

And on other happy notes: Will and Zach get back together which was shown as part of the montage at the end. Gunnar, thankfully, decides to stop basing his self-worth on relationships (and the boys reignite their bromances and start up their band again). Scarlett becomes engaged to a new character we’ve never met. And Maddie chooses to be single for now.

Did you watch the Nashville finale? What were your thoughts on the emotional ending? Were you happy with how the romantic couples ended up? Let me know in the comments.

Our romance-themed entertainment site is on a mission to help you find the best period dramas, romance movies, TV shows, and books. Other topics include Jane Austen, Classic Hollywood, TV Couples, Fairy Tales, Romantic Living, Romanticism, and more. We’re damsels not in distress fighting for the all-new optimistic Romantic Revolution. Join us and subscribe. For more information, see our About, Old-Fashioned Romance 101, Modern Romanticism 101, and Romantic Living 101.
Pin this article to read later! And make sure to follow us on Pinterest.
By Amber Topping on July 28th, 2018