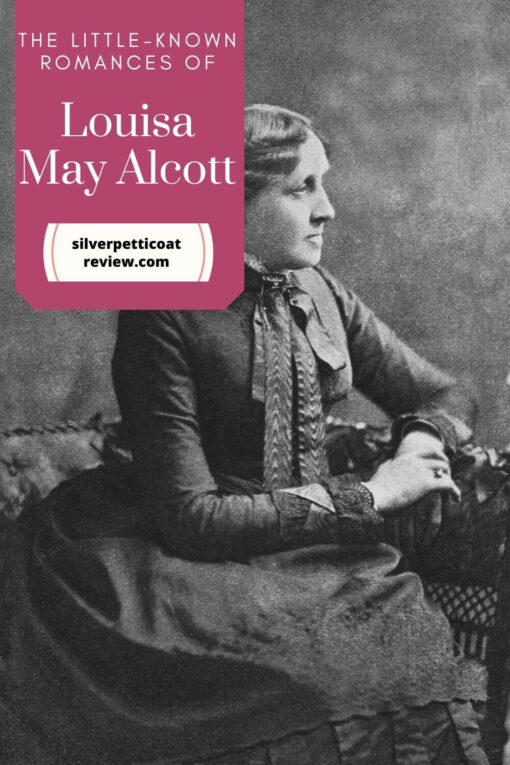 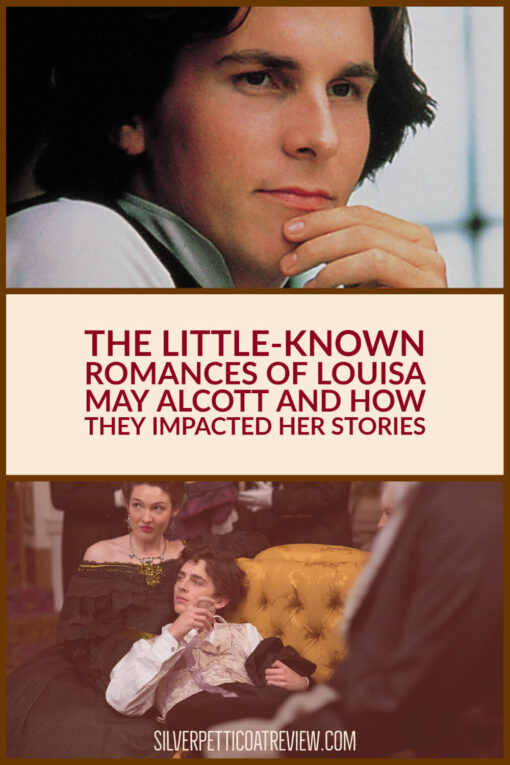 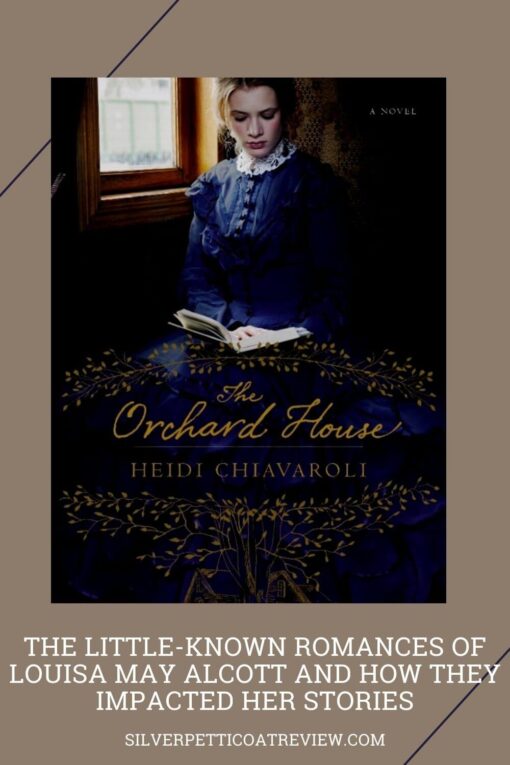 Readers around the world have fallen in love with Louisa May Alcott and her timeless story Little Women. We tenderly reminisce about the March sisters giving up their Christmas morning breakfast for the poor Hummels.

We recall little Beth’s sweet spirit and courage in the face of death. We fall into debate over whether Jo should have accepted Laurie’s offer of undying love or found herself a better match in the older Professor Bhaer.

Who was the woman behind this remarkable story? And what experiences did she own (particularly of the romantic kind!) that inspired her to write the heroes in her classic story?

As I researched for my latest novel, The Orchard House, I dove deep into Louisa May Alcott’s letters and journals, searching for a real-life connection to inspire a fictional journey. What I found not only stirred the storyline for my novel, it elicited a deeper appreciation for this extraordinary woman and the men she knew.

While Louisa held extreme fondness and appreciation for Ralph Waldo Emerson, Henry David Thoreau, and her own father, Amos Bronson Alcott, three younger men played a more romantic role in her life. Though many aspects of her relationships are shrouded in mystery, these men obviously meant much to her—so much so that she admitted to modeling certain parts of her heroes in Little Women after them.

A motherless boy of fifteen, “Alf” was closer in age to Abigail May Alcott, Louisa’s youngest sibling, when he came to Concord in 1857. The Pratt family (in-laws of Louisa’s oldest sister, Anna) took Alf into their home.

Both Anna’s soon-to-be-husband John and Alf formed close friendships with the Alcott sisters. One of their favorite pastimes was putting on plays in the Concord Dramatic Union, where Alf and Louisa played the part of Dolphus and Sophy Tetterby in Charles Dickens’s The Haunted Man.

In her lifelong letters to Alf, which lasted even after he married and had his own children, Louisa referred to her friend as “My dearest Dolphus.” He, in turn, addressed her sweetly as his “little woman.”

After Little Women was published, Louisa wrote to Alf and admitted his part in her novel. “I put you into my story as one of the best and dearest lads I ever knew! ‘Laurie’ is you and my Polish boy jointly. You are the sober half and my Ladislas (whom I met abroad) is the gay, whirligig half.”

In the fall of 1862 after her thirtieth birthday, Louisa departed Concord to serve in Washington as a nurse. There she met John Suhre, her “prince of patients,” a “most attractive” and “comely featured” blacksmith who was badly wounded at Fredericksburg. Louisa was greatly moved by John’s quiet dignity in the midst of his suffering and was determined to nobly share in it with him.

Louisa was given the task of telling John he did not have long to live. She helped prepare him for the time, writing letters home for him, and staying by his side until the end when John “held my hand close, so close that when he was asleep at last, I could not draw it away.”

She later wrote that, “The army needed men like John, earnest, brave, and faithful; fighting for liberty and justice with both heart and hand, true soldiers of the Lord.”

The beautiful language and sweet affection Louisa used to write of John in Hospital Sketches inspired the historical storyline in The Orchard House.

This is the relationship that often draws the most intrigue. Louisa met Ladislas during her first trip to Europe and was instantly drawn to this young soldier who had fought in the Polish Revolution. “Laddie” came to Vevey, Switzerland, to attempt to heal his failing lungs.

His military service, waning health, and gentle spirit attracted Louisa. One can speculate that this young man reminded Louisa of John Suhre and the other patients she had helped during her time as a nurse.

Ladislas was a pianist (like Laurie!) and the couple spent a fortnight together in Paris, which has drawn much speculation from scholars in favor of a lively romance, though others argue that her affection for him was more motherly.

Whatever their relationship, she writes of their parting with poetic sadness, saying, “. . . regardless of several prim English ladies, I drew down his tall head and kissed him tenderly, feeling that in this world there were no more meetings for us. Then I ran away and buried myself in an empty railway carriage, hugging the little cologne bottle he had given me.”

It seems that each of these three relationships met with a bittersweet end. And yet each is reflected in the enduring classic of Little Women. While Louisa might not have received a picture-perfect romance ending, Jo March certainly did. That Jo’s experiences live on in readers’ minds and hearts today is certainly a beautiful and worthy happy ever after for Louisa May Alcott.

Award-winning author Heidi Chiavaroli transports readers across time and place in this time-slip novel that will appeal to fans of Little Women.

Two women, one living in present day Massachusetts and another in Louisa May Alcott’s Orchard House soon after the Civil War, overcome their own personal demons and search for a place to belong.

2001
Abandoned by her own family, Taylor is determined not to mess up her chance at joining the home of her best friend, Victoria Bennett. But despite attending summer camp at Louisa May Alcott’s historic Orchard House with Victoria and sharing dreams of becoming famous authors, Taylor struggles to fit in. As she enters college and begins dating, it feels like Taylor is finally finding her place and some stability . . . until Victoria’s betrayal changes everything.

1865
While Louisa May Alcott is off traveling the world, Johanna Suhre accepts a job tending Louisa’s aging parents and their home in Concord. Soon after arriving at Orchard House, Johanna meets Nathan Bancroft and, ignoring Louisa’s words of caution, falls in love and accepts Nathan’s proposal. But before long, Johanna experiences her husband’s dark side, and she can’t hide the bruises that appear.

2019
After receiving news of Lorraine Bennett’s cancer diagnosis, Taylor knows she must return home to see her adoptive mother again. Now a successful author, Taylor is determined to spend little time in Concord. Yet she becomes drawn into the story of a woman who lived there centuries before. And through her story, Taylor may just find forgiveness and a place to belong.

Heidi Chiavaroli writes women’s fiction, combining her love of history and literature to write split-time stories. Her latest book, The Orchard House (February 2021), follows the lives of two estranged sisters who find forgiveness and reconciliation through the little-known story of author Louisa May Alcott’s time as a Civil War nurse. Visit Heidi online at heidichiavaroli.com.

Want to buy the book inspired by Louisa May Alcott? Choose from the buy links HERE.

By The Silver Petticoat Review on February 9th, 2021