December has some great romances coming to streaming! The new British period adaptation of Vanity Fair comes to Amazon Prime on December 21st. On Netflix, the new highly anticipated Korean Drama, Memories of the Alhambra premieres. Also, expect a special holiday episode of The Chilling Adventures of Sabrina as well as what could be the final season of Fuller House.

And then over on Hulu, they’re adding many romantic Christmas films as well as all seasons of The Killing (yes, this dark crime show is ROMANTIC! It’s subtle at first but builds.) and even a couple Jane Austen adaptations.

The Best Romances Coming to Streaming

(NOTE: We aim to share less explicit content that has PG-13 “like” content and below minus a few exceptions for artistic merit and/or genre interest. If a program is Rated R or TV-M, we will let you know.)

The Darling Buds of May, Seasons 1-3

To Gillian on Her 37th Birthday

Because I Said So 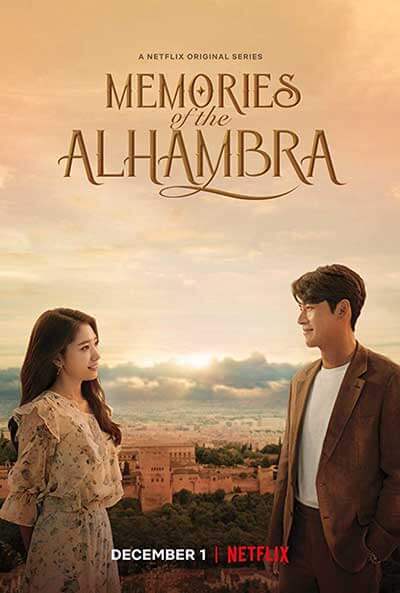 Christmas with a View

Memories of the Alhambra (streaming every Saturday)

The Man Who Knew Too Little

The Theory of Everything

Love at the Christmas Table

His and Her Christmas

The Killing, Seasons 1-4 (Ranges from TV-14 to TV-M for violence and language)

What romances do you plan to watch on Netflix, Amazon Prime, or Hulu this month? Leave a comment below and let me know!

Our romance-themed entertainment site is on a mission to help you find the best period dramas, romance movies, TV shows, and books. Other topics include Jane Austen, Classic Hollywood, TV Couples, Fairy Tales, Romantic Living, Romanticism, and more. We’re damsels not in distress fighting for the all-new optimistic Romantic Revolution. Join us and subscribe. For more information, see our About, Old-Fashioned Romance 101, Modern Romanticism 101, and Romantic Living 101.
Pin this article to read later! And make sure to follow us on Pinterest.
By Amber Topping on November 28th, 2018

1 thought on “The Best Romances Coming to Netflix, Hulu and Amazon Prime in December 2018”