THE STORY OF MOONSHINE AND VALENTINE

Fantasy romances are rare these days so when I discovered Moonshine and Valentine, a Chinese drama, I was excited. A romance about a thousand-year-old alien immortal who falls in love with an ordinary human? I am so in. The story follows Guan Pipi, a timid aspiring journalist. This is a woman who lives as a doormat, always trying to please other people like her uninterested boyfriend and condescending best friend who likes her boyfriend behind her back. Then she meets a mysterious and very wealthy man who inserts himself into her life. At first, he frightens her and she runs scared. But he won’t back down because he has loved her for a thousand years and knows she will feel the same. You see, each and every time she’s been reborn, they fall in love. But there’s a catch. A curse. She never has long to live. This time, however, Master He Lan Jing (our romantic hero), is searching the ends of the earth to save her. It’s a romantic soulmate story that always ends in tragedy but can they find a happily ever after before it’s too late?

The romance cuts back and forth between the past and the present. In the past, we witness their story unfold from beginning all the way to the tragic end. There are moments that will make you swoon and moments that will break your heart in a good way. In fact, I would go so far as to say that the past is more romantic than the present because it reveals He Lan’s own blindness curse (why he’s blinded by day and given eyesight at night). It’s a tale of sacrifice and love. The mythology behind Moonshine and Valentine is crazy good. It definitely deserves a remake, a series that could explore the world more because there is so much Harry Potter like world-building potential to explore if done right (sometimes, it does get lost in translation).

Basically, He Lan Jing comes from a long line of the Fox clan. The foxes are aliens from another world who came to earth when theirs was destroyed. Over time, they evolved to look more human and could disguise themselves. At first, this wasn’t unnecessary. But over time, relations between humans and the supernatural foxes soured and humans started hunting the foxes out of fear. Now, the Fox Clans live in secret, hidden from the human world.

Jump to present day and there’s a division between the Northern and Southern clans. One side despises humans, while the other side (He Lan the chief right priest), wants to live amongst them in peace. A war is rising to the surface as tensions build between clans. And at the top of the ladder is the Byronic villain and schemer, the chief left priest, Zhao Song. He will become the heir at any cost. On a side note, I should add that I LOVE the entire story behind the actual leader of the Fox Clan, He Lan’s father. Very Severus Snape like. Very, very cool. But I’ll just leave it at that.

So, as much as I LOVE the story, the two main characters are a little on the bland side. They needed more personality. Thankfully, the side characters make up for this in spades. Whenever the show focused on the supporting cast (this is the case more often than not), the show improved tenfold.

The most fascinating female character award goes to Qian Hua, a woman from the fox clan in love with He Lan Jing. She will do anything for him and her unrequited love is just compelling to watch. She’s layered, interesting, and has more screen presence than the inexpressive main actress. Her story becomes even more captivating when the villain pursues her with an obsessive, Byronic focus.

It’s Byronic but not in the passionate, redemptive sort of way. He’s a villain through and through. Nevertheless, a 3-dimensional villain that steals the screen every time he’s on. His scheming for leadership while pursuing a woman who loves his nemesis is dark and ever so gripping and even disturbing to watch. 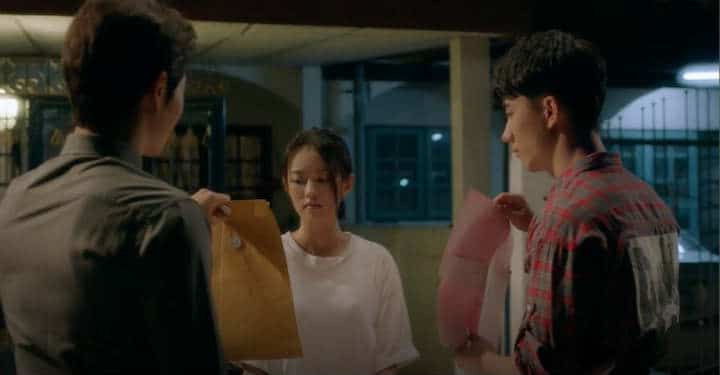 But if the dark side storyline isn’t for you, you can tune in for the strangest love triangle of all time. And I mean that seriously. Guan Pipi’s friend, Xiao Ju, runs a café. At the café, she meets two of He Lan Jing’s loyal followers. They also just so happen to be adorable and handsome plastic surgeons that don’t date anyone. And they are always together, never having loved in a thousand years. Then they meet Xiao Ju who has always preferred animals to people so as the two surgeons are also foxes they just click. Somehow, the three of them fit as a cohesive whole. It’s a triangle where you can’t imagine an ending because the three feel like soulmates together. It’s hilarious, cute, and maybe not as weird as it sounds. 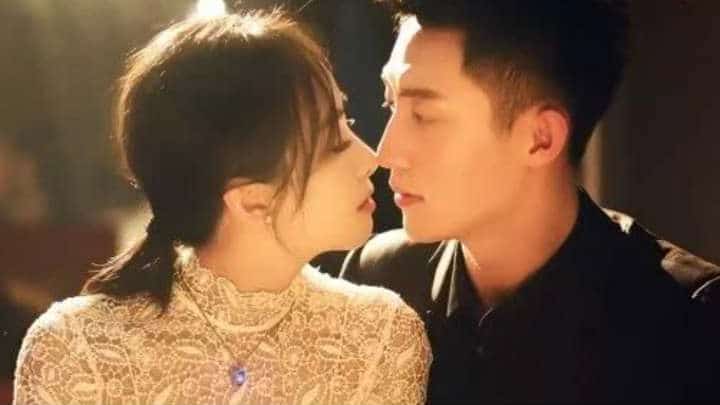 Moonshine and Valentine has a lot of flaws. Sometimes, the plot loses itself, or the main characters disappear from the story uncomfortably. Furthermore, not everything flows together and that’s mostly because the main characters aren’t as interesting as the mythology and supporting characters.

Not to mention, there are moments that Guan Pipi drives you crazy. Her inaction at times is super frustrating. Plus, the leading man sometimes loses character when he’s blind.  I should also add that throughout the series, there’s also a painful tinge of misogyny that I’ve often noticed while watching some Chinese Dramas. That all being said, when the show is on point, the love story is super romantic and the weaknesses can be overlooked.

Despite the flaws, I still enjoyed the romance and the series because it is entertaining even if also imperfect. Overall, if you like supernatural romances or interesting contemporary fantasy mythologies, give this one a chance and decide for yourself. Watch it for entertainment, a cute supernatural romance, and fascinating mythology that will have you burning through the episodes in no time.

As for the ending, it didn’t quite work but I’ll leave that for you to discuss in the comments below…

Content Note: I would rate Moonshine and Valentine TV-14 for sensuality, violence, and implied rape. It is not explicit but there are trigger warnings.

Where to Watch: Stream on Dramafever or Viki under the title The Love Knot: His Excellency’s First Love.

What do you think about Moonshine and Valentine? Sound off below…

Our romance-themed entertainment site is on a mission to help you find the best period dramas, romance movies, TV shows, and books. Other topics include Jane Austen, Classic Hollywood, TV Couples, Fairy Tales, Romantic Living, Romanticism, and more. We’re damsels not in distress fighting for the all-new optimistic Romantic Revolution. Join us and subscribe. For more information, see our About, Old-Fashioned Romance 101, Modern Romanticism 101, and Romantic Living 101.
Pin this article to read later! And make sure to follow us on Pinterest.
By Autumn Topping on July 24th, 2018

2 thoughts on “Moonshine and Valentine: A Fascinating Fantasy About Forbidden Love”