Going Postal is a two-part mini-series and the third adaptation of a Terry Pratchett Discworld novel by Sky. Being one of his more recent novels, it focuses on a new character, rather than an established set such as the witches, the city watch or wizards of the unseen university. Because of this, it is a good place to start for any newcomers to the world. Going Postal is a self-contained story which can be enjoyed without any prior knowledge of the Discworld. However, if you are a long-time fan there are a lot of references and appearances from well-known characters that only add to and enrich the story. It is also, in my opinion, the best Terry Pratchett adaptation thus far. 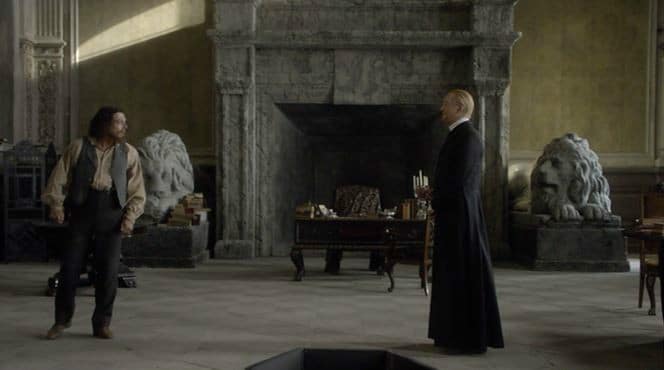 Going Postal follows the journey of Moist Von Lipwig a, soon to be reformed, con man who is finally caught at the beginning of the story. He is offered a choice: become the new postmaster or die for his crimes. After attempting escape several times and being dragged back by his golem parole officer, he accepts his fate. He decides to put his particular set of skills to good use in order to make the post office what it once was. In this, he enlists the help of Adora Belle Dearheart, an outspoken campaigner for golem rights, whose family used to own the rival Clacks company (Discworld version of the telegraph) before it was stolen. Lipwig will need all of his ingenuity to beat the (sometimes literally) cut-throat Clacks company and its conniving owner Reacher Gilt. 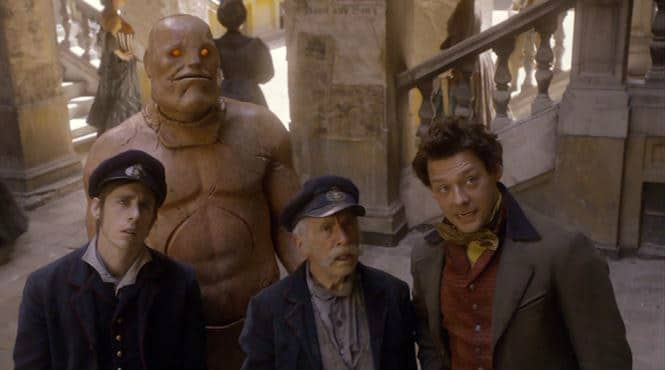 It is an incredibly fun and close adaptation of the book. The mini-series captures the essence and a witty nature of Pratchett’s writing as do the performances. Going Postal also makes good use of an impressive British cast. The actors were chosen perfectly, bringing to life the unique and fascinating characters that populate Sir Terry’s books. Richard Coyle is notably charismatic as Moist Von Lipwig, the loveable rogue with a belated attack of conscience while Claire Foy is suitably hot tempered and sarcastic as the unsuitably named Adora Belle Dearheart. Despite complaints that he does not properly resemble the character, Charles Dance plays a perfect Lord Vetinari exuding intelligence and wry superiority. Andrew Sachs and David Suchet are also very good. 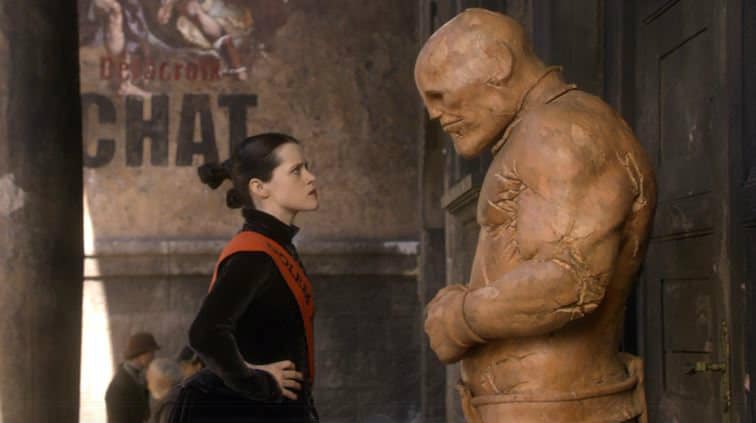 Discworld fans may appreciate the short cameos from Angua, the city watch’s resident werewolf lieutenant. Also, Arch-Chancellor Rid Cully and Miss Cripslock played by Timothy West and Tamson Greig respectively. Though there was a noticeable absence, in the form of Death, a character who makes an appearance in every single one of the Discworld novels, making his omission surprising.

Still, Going Postal has an engaging story that is well-paced and enjoyable equally as an adventure, fantasy, and comedy.  The director has gone for a pseudo-Victorian steampunk aesthetic which, for the most part, looks great. The attention to detail in the set dressing and props is admirable from costumes down to street advertisements on which the camera only lingers for a second. To the careful eye, there are a lot of in-jokes. A lot of thought went into the creation of this series and it shows. The only problem I find with the production design is with the look of the fantasy creatures, as neither the banshee nor the golems are convincing, with their costumes looking very much like costumes. You aren’t really given the chance to forget that it is not a person in a suit.

As for those who like a good love story, there is also a funny and delightful opposites attract romance between Moist Von Lipwig and Adora Belle Dearheart with many interesting twists and turns. 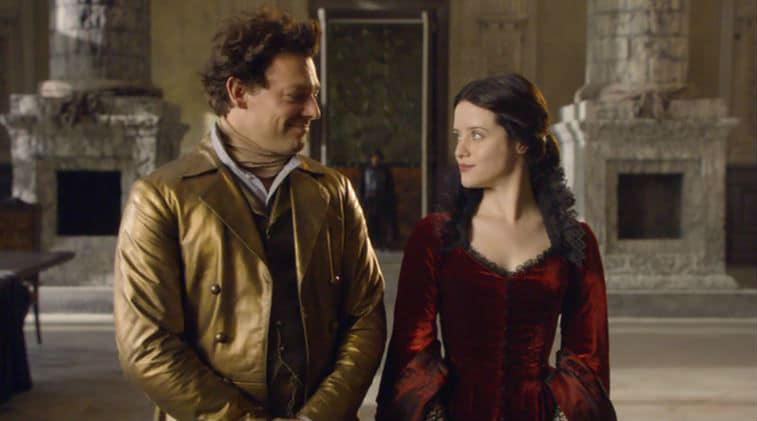 Moist and Adora enjoy a moment of victory.

Going Postal is an entertaining comic fantasy that will appeal to anyone who is fond of good storytelling, adventure, steampunk, period drama, and comedy. I urge you to give it a try.

Our romance-themed entertainment site is on a mission to help you find the best period dramas, romance movies, TV shows, and books. Other topics include Jane Austen, Classic Hollywood, TV Couples, Fairy Tales, Romantic Living, Romanticism, and more. We’re damsels not in distress fighting for the all-new optimistic Romantic Revolution. Join us and subscribe. For more information, see our About, Old-Fashioned Romance 101, Modern Romanticism 101, and Romantic Living 101.
Pin this article to read later! And make sure to follow us on Pinterest.
By Elinor Cackett on October 16th, 2015