Juliet, Naked, a lesser known indie film, tells an authentic romantic story full of heart and excellent characterization. In the film, Annie’s life has gone pretty much nowhere. She’s getting older, her career is going nowhere, and she lives in a sleepy coastal town with nothing to do. Not to mention, she’s stuck in a relationship with Duncan, a music fan obsessed with a forgotten singer/songwriter from the nineties. Yes, Duncan’s entire life is all about Tucker Crowe. His walls are covered in pictures of Tucker. Duncan runs a fan website. He even runs a vlog all about the mystery behind the whereabouts of Tucker Crowe. He’s basically like the worst and most narcissistic boyfriend ever.

And then there’s poor Annie. She has to be selfless for Duncan. They’re still unmarried after years of a relationship and they have no kids because he doesn’t want any. So, Annie continues to silence her own wants and needs. But deep down she wants that child. Annie wants to be a mother. Plus, she’s just so sick of everything Tucker Crowe.

RELATED | A SCORE OF SCORES: 20 PIVOTAL SONGS FROM FILM

One day, a package arrives on their doorstep. It’s a previously unheard acoustic demo called “Juliet, Naked,” a version of his album never released to the public. Unfortunately for Annie, she decides to listen to it first (a sin in Duncan’s eyes). To make matters worse, she tells Duncan what she thinks about it. She doesn’t see the genius behind the album but instead finds it rather dreary. Duncan doesn’t take this well and so Annie decides to write a review on Duncan’s page saying exactly what she thinks. Then, time to move on, right? Wrong. Duncan holds her opinions against her and decides to cheat with another woman who better “understands” his opinions on Tucker Crowe. Meanwhile, Annie gets a strange email… 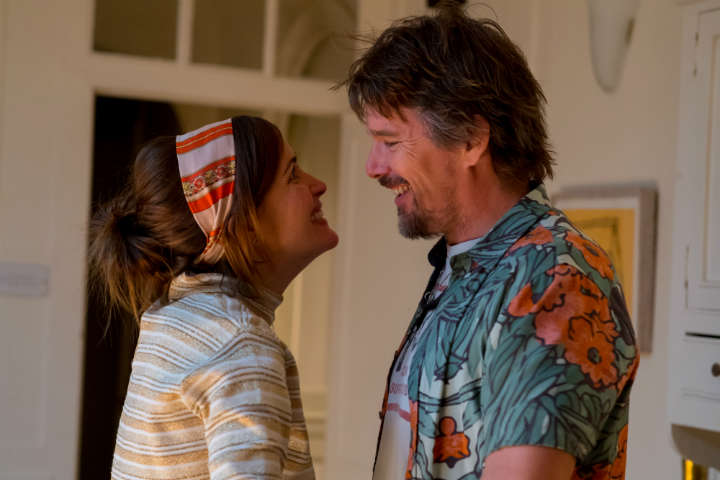 Like the best of the old-fashioned romances, Annie receives an email from a man claiming to be Tucker Crowe, the singer who disappeared from the public several years ago. He thought her review was spot on. From there, the romance blossoms. In their emails to one another, they share their innermost thoughts and feelings. Tucker is a washed-up musician with nothing going on in his life except for a bunch of children he was never really there for. In his latest son and soon to be born grandchild from another daughter, he seeks redemption from past mistakes. Together, their soul connection can help them find second chances with one another and in their own lives. They can learn to live again.

What’s so beautiful about this quiet and charming romance is that there’s honesty to the screenplay and in the performances. Both Tucker and Annie feel real because Ethan Hawke and Rose Byrne embody these broken human beings with such authenticity and emotion. Their conversations are charming, funny, but mostly sad. We feel their regret and desire for change and because of that, we also root for them to find a way to one day build a life with each other. Together. 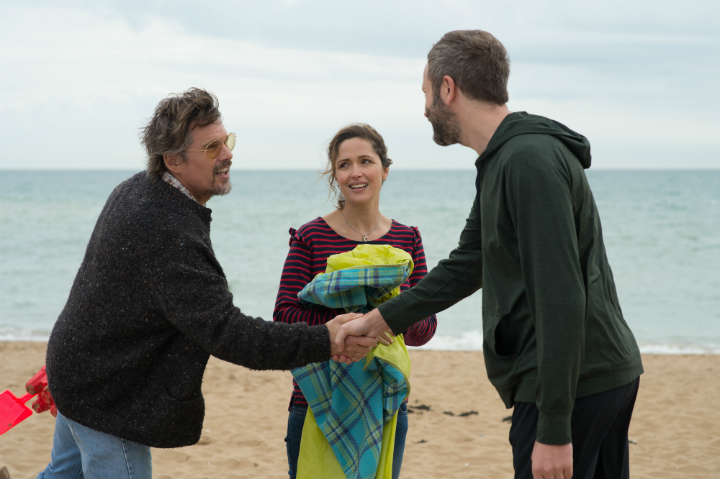 Juliet, Naked isn’t your typical romantic comedy. It’s quieter with a touch of elegance in the script. There’s just something so much deeper and the depth is what drew me into the story. Overall, you’ll want to watch Juliet, Naked for the charming story, the characterization, and the beauty of the performances. It’s definitely worth watching for those of us seeking a romantic film with substance. I even liked the subtle ending. On a different note, Juliet, Naked is also definitely worth seeing just for the moment Duncan realizes his ex-girlfriend is dating Tucker Crowe!

Content Note: Juliet, Naked is Rated R for language and an implied sex scene. The film doesn’t feel vulgar but the characters do throw around several unnecessary F-words. That being said, there are no explicit sex or nudity scenes.

Where to Watch: You can rent/buy digitally on Amazon, YouTube, and GooglePlay. You can also now buy Juliet, Naked on Blu-Ray and DVD.

Our romance-themed entertainment site is on a mission to help you find the best period dramas, romance movies, TV shows, and books. Other topics include Jane Austen, Classic Hollywood, TV Couples, Fairy Tales, Romantic Living, Romanticism, and more. We’re damsels not in distress fighting for the all-new optimistic Romantic Revolution. Join us and subscribe. For more information, see our About, Old-Fashioned Romance 101, Modern Romanticism 101, and Romantic Living 101.
Pin this article to read later! And make sure to follow us on Pinterest.
By Autumn Topping on January 17th, 2019