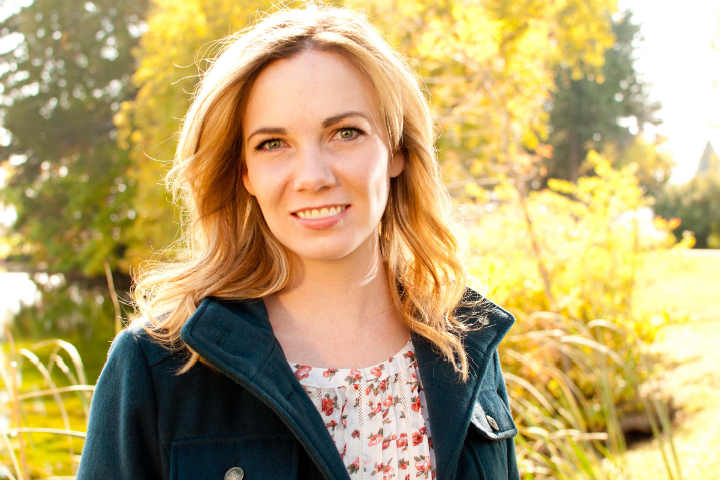 Since I am only a recent convert to YA fiction, I am so far behind on who’s who in the YA author world and the current trends in YA fiction. I recently discovered author Lara Hays and on a whim decided to read her debut novel, Oceanswept. And then I fell in love.

Oceanswept is a historical adventure romance for young adults which features a pirate as the hero. Young, privileged heroine Tessa Monroe, leaves England with her father to move to start a new life in the Caribbean. Along the way, a storm at sea throws Tessa and her father overboard and destroys their ship. She is rescued by a pirate ship on which Nicholas Holliday, the ship’s First Mate becomes her self-appointed guardian. The Oceanswept trilogy follows the relationship and adventures of Tessa and Nicholas, with additional scenes of their story available in short novella form.

After reading Oceanswept, I immediately picked up the sequel Undertow, to find out more about Tessa and Nicholas’ journey. I have been eagerly waiting for the release of the third book Rebel Tide for the conclusion of their story. I may or may not have taken to Facebook stalking Lara Hays, for an announcement of Rebel Tide’s release!

The Oceanswept series is a fun tale of adventure and romance which has a historical setting. Despite being a pirate and his dubious background Nicholas treats Tessa with respect and honor. He often has a higher standard for their relationship than she herself does. Tessa is sassy and quickly grows into her independence. They are both likable characters as is their journey together.

Please help me welcome author Lara Hays author of this series, to The Silver Petticoat Review.

AN INTERVIEW WITH LARA HAYS

Can you tell us a little bit about your beginnings and journey as an author?

I always dreamed of being a writer. I wrote my first “chapter book” before I could properly spell—it had a lot of crayon art. I studied psychology in writing because I enjoy connecting and understanding people and what makes someone tick, but it was not something I wanted to do professionally. I sort of lucked into a career in writing, which I am so grateful for. I have written technical manuals, the instructions on the back of shampoo bottles, speeches, commercial scripts, economic articles, business-slanted editorials, and I have even named nail polish colors!

While sitting in a meeting at work, my mind wandered and I began thinking about what would happen if a shipwrecked girl was “saved” by pirates and within twenty minutes, I had outlined what would become Oceanswept. I wrote the book in three weeks and then it sat on my shelf for five years. Traditional publishing didn’t work out for me and I finally decided to go the indie route.

Tell us a little about yourself as a reader. Do you have a favorite author, genre, or novel?

I have always loved historical fiction, which is what attracted me to write historical fiction. I love learning fascinating facts about the past, but mostly I love experiencing the common emotions and struggles that all people have no matter when and where they lived.

Since I was a child, I have loved Avi for his powerful historical fiction. I read all genres and really enjoy fantasy and urban fantasy and contemporary coming of age stories as well.

This is a great question! I think good old-fashioned storytelling needs to balance historical accuracy with compelling storytelling. As a writer, I will often err on the side of storytelling because I believe connecting with an audience is the most important thing I can do as a writer. As an example, one of the ships in Oceanswept was named the Banshee—a Gaelic word that would certainly have been familiar to Irish folk of the 1720s but did not enter into the English vocabulary until fifty years later. I sided with storytelling over accuracy on that point. I love the haunted, ominous cloud it brought to the pirate ship and I couldn’t find another word I liked as much. Besides, sailors of all nationalities populated the West Indies at that time so it’s not a terrible stretch to imagine that a Gaelic word became familiar among sailors at that time.

That’s a long way for me to say that old-fashioned storytelling transports the reader to a different time and place in a way that is relatable to today’s readers. I absolutely loved the King Raven Trilogy by Stephen Lawhead. It is set in eleventh-century Wales. It was so educational without alienating me as a reader. I was swept up in the story—I became part of Cymri who lived in the forest plotting to win back their land from the English. Anytime I can step out of my skin in 2017 Idaho and experience familiar emotions and struggles in an unfamiliar historical setting, I think that is effective old-fashioned storytelling.

As a follow up to number 3, in your opinion how would you define old-fashioned romance? Do you have a favorite story that meets your criteria on this?

Old-fashioned romances highlight the emotions of love that are universal and timeless while highlighting the particular romantic practices and limitations of a certain location and era. From Romeo and Juliet to Oceanswept to Twilight, will we ever get tired of tales of forbidden love? I wouldn’t bet on it. I love Julianne Donaldson’s Georgian-era romances, Edenbrooke and Blackmoore. They are perfect examples of old-fashioned romance. One of my favorite series is the Infernal Devices by Cassandra Clare. They combine fantasy (steam punk, almost) into the Victorian time period and have great storytelling overall (best love triangle EVER), yet I am not nearly as passionate about Clare’s novels that are set in modern times.

If you could have authored any book other than your own, what do you wish you had written? Why?

I honestly haven’t ever had that thought. I often find myself admiring books and thinking to myself, “How could I write something like this in a new way?” Books I admire inspire me rather than make me envious, if that makes sense. A few books I have felt powerfully inspired by include: The True Confessions of Charlotte Doyle by Avi, The Infernal Devices by Cassandra Clare, A Court of Thorns and Roses and A Court of Mist and Fury by Sarah J. Maas, Waiting for Alaska by John Green, and The Graveyard Book by Neil Gaiman. There are so many more. Those are just a few.

Which of your books has been the most difficult/challenging to write? Why?

Rebel Tide, without a doubt. If I knew why, it would be written by now. 🙂 I do have several suspicions as to why I have struggled. 1.) It a longer book and the culmination of a series so the plot is more complex, there are more characters, and more ends to tie off. 2.) I have more fans than I’ve ever had before and there’s a certain amount of pressure I put on myself on behalf of my readers. I can personally think of several series where the final book was a bit “meh” and I really don’t want Rebel Tide to let anyone down. 3.) I am a better writer and researcher now—what was good enough for the Lara of two years ago isn’t good enough for me now. 4.) I subconsciously don’t want to end this series and say goodbye to characters I’ve lived with for a decade and love.

If your books were made into a movie which actors would you like to see play Tessa and Nicholas?

Since it is highly imaginative that my books would ever be made into a movie, I will give you a highly imaginative response. I would want teenage Emmy Rossum to play Tessa (with a little hair dye, of course). And there’s a Brazilian model named Marlon Teixeira who would be the perfect Nicholas—physically at least. I’m assuming he’s a wonderful actor and could nail Nicholas’s cocky, playful, hot-tempered personality.

Do any of your book characters share common character traits with you?

Every character I create has to come from something I have experienced myself. It’s impossible to create a character without breathing myself into it. Tessa shares my love for books and admiration for fine, materialistic things (while she actually owns nice things, I simply admire them—haha). Meg’s desperation—I’m quite familiar with being a clingy girlfriend and overestimating someone else’s affections! Nicholas is a dreamer. He’s optimistic and someone who will take action.

Similar traits were needed for me to independently publish Oceanswept—a blinding optimism that my book was worthy to be out there, even when other publishers didn’t want it, and the courage to go through with the publication process. Some of my characters exhibit personality traits I wish I had. Tessa is much more assertive than I am—especially compared to me at 17. My passivity is something I’ve struggled with and fought to overcome for years, so I naturally infused my main character with a personality trait I wish I had.

Lara Hays is the author of the best-selling young adult historical novels Oceanswept and Undertow. Born and raised in Idaho Falls, Idaho, Lara is the youngest of five children. She had to be pretty dramatic to get any attention whatsoever. She has since learned to channel her theatrics into writing.

At age seventeen, Lara’s poetry and a short story were published in an anthology of teen writers. For the past decade, Lara has utilized her writing skills as a technical writer, marketing copywriter, and business writer, while writing stories of adventure and romance after her family goes to bed.

Lara holds a degree in psychology from the University of Idaho. She lives in southeast Idaho with her husband, two daughters, two dogs, cat, and ghost cat (it was a bad Etsy purchase—long story). She is a lover of brownies and a hater of Oreos. Follow her writing journey at Facebook.com/LaraHaysAuthor where you can read her 2 a.m. Diet-Coke-fueled musings.

A big thank you to Lara Hays for joining us today. Don’t forget to check out her Facebook page as well as her Amazon author page to order her books.

Our romance-themed entertainment site is on a mission to help you find the best period dramas, romance movies, TV shows, and books. Other topics include Jane Austen, Classic Hollywood, TV Couples, Fairy Tales, Romantic Living, Romanticism, and more. We’re damsels not in distress fighting for the all-new optimistic Romantic Revolution. Join us and subscribe. For more information, see our About, Old-Fashioned Romance 101, Modern Romanticism 101, and Romantic Living 101.
Pin this article to read later! And make sure to follow us on Pinterest.
By Brittaney B. on May 4th, 2017